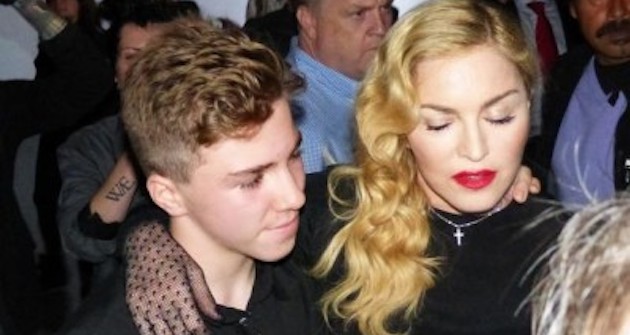 Two questions:  Is Madonna craving attention again?  And what ever happened to Paula Deen?

In another example of liberal hypocrisy, Madonna, the consummate attention junkie, has apologized for using the N-word on an Instagram photo of her son Rocco Ritchie boxing which, compliments of Mom, had the caption “#disn—a.”

Then, because Madonna wants to be the only one doing the criticizing, after deleting “#disn—a” she scolded her critics, telling them to “Get off my d–k haters!”

The value in that statement, “Get off my d–k haters!” is that it actually gives voice to how Barack Obama looks when he’s responding to his political adversaries.

Nonetheless, is Ms. Madonna now sorry for being the vile human being everyone is well aware she is?

That’s fine, but the hypocrisy here is that Paula Deen was publicly persecuted and fired for saying something similar 30 years ago.  Yet Madonna just says “I am sorry if I offended anyone with my use of the N-word on Instagram.  It was not meant as a racial slur…I am not a racist” – and all is forgiven?

Standing atop an attention-seeking soapbox, the Material Girl declared, “There’s no way to defend the use of the word,” before defending herself by explaining, “[i]t was all about intention…It was used as a term of endearment toward my son who is white.”

Not only that, but if that’s how Madge addresses little Rocco when she’s loving him up, I wouldn’t want to be around when she’s annoyed with the little hooligan.

Continuing on, a remorseful Madonna said, “I appreciate that it’s a provocative word and I apologize if it gave people the wrong impression. Forgive me.”

Far be it from me to misinterpret the Queen of Butter’s remarks, but if I recall correctly, didn’t Paula Deen say she used the dreaded N-word and made racist statements when telling jokes? Doesn’t joking around also fall into the “all about intention” category?

On New Year’s Eve, Madonna posted a photo of 13-year-old Rocco in Switzerland holding a bottle of gin, which is kinda cute, don’t cha think? Always known for being very witty (NOT), Madonna responded to the criticism that time by pointing out that “No one was drinking we were just having fun! Calm down and get a sense of humor!”

Then, the woman who criticized the Boy Scouts for banning homosexuals and compared G.W. Bush to Saddam Hussein actually chided detractors with the following admonishment: “Don’t start the year off with judgment!”