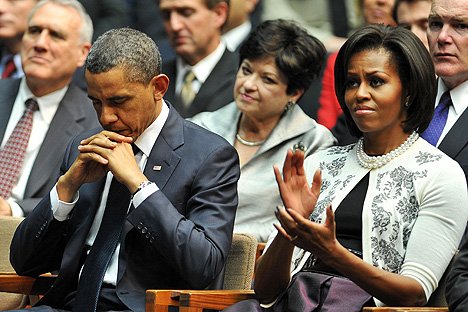 The Trayvon Martin-George Zimmerman case has left a young man dead, an accused shooter hiding from an angry mob of bloodthirsty vigilantes, and has caused the nation to be sharply divided again by racial tension. But above all, what the Trayvon Martin tragedy has done is reveal to America that every word uttered by Barack Obama at that Tucson Memorial was nothing more than politically-motivated empty rhetoric.