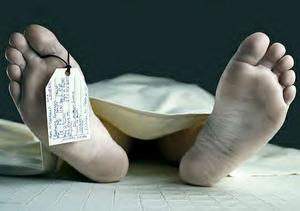 The  Washington Times headline reads: “Medicare paid millions to dead patients, illegal immigrants, probe finds.”  While this subject has been broached before, it is imperative that it continue to be stressed.  Why?  Because the government reimbursing dead people and providing drug subsidies to illegal immigrants underscores the ineptitude of a bureaucracy that, despite its obvious inefficiency, is determined to make decisions that impact life and death.

Health and Human Services, the department headed up by Kathleen ‘Whatever‘ Sebelius, in a report issued by its own inspector general revealed that in 2011 Medicare paid out $23 million for dead patients and from 2009 to 2011 subsidized the cost of drug benefits for illegal aliens to the tune of $29 million.

Senator Tom Coburn (R-OK), also a physician, said the report was troubling because Centers for Medicare and Medicaid Services (CMS) had been warned there were problems five years earlier.  Not to worry — Barack Obama, the man who assured Americans that the Obamacare website launch would be ready to roll out on October 1st, can surely come up with a plan to address bankrolling medical treatment for dead people and supplying illegal aliens with free pharmaceuticals.

In the meantime, HHS investigators claim that Medicare has built-in safeguards to prevent paying dead patients, which explains why it gave away $23 million anyway.  If, when fully implemented, Obamacare makes 23 million healthcare mistakes, an error of that magnitude would affect 76.67% of the 30 million people the law was supposedly established to help.

Marilyn Tavenner, administrator for CMS — the same agency clumsily attempting to resolve the malfunctioning Obamacare website – admitted to paying dead people and illegal aliens and, like Secretary Sebelius, said the agency will try to take steps to fix the $52 million problem. Emphasis on “try.”

We agree that in cases where the information indicates an individual is not lawfully present in the United States, that individual should not be permitted to enroll or to remain enrolled in a Part D plan during the period where he or she is not eligible to receive federal benefits.

Yeah, Marilyn, illegals shouldn’t be permitted to enroll, and yet they are.

Sounding like Obama chalking up the humiliating Obamacare website launch to “glitches,” the agency stressed that although 4,139 illegal immigrants filed 279,056 drug benefit claims, which amounts to 67 prescriptions each, in total the payouts were just a fraction of what Medicare pays out annually in prescription benefits.

Using that reasoning, if 4,139 individuals die annually as a result of government-run healthcare errors, expect to hear that 4,139 people are but a small percentage of those who somehow manage to survive.

As for the dead people collecting benefits, investigators maintain that oftentimes the practice is linked to lost or incorrect dates of death.  Not only that, but over a three-year span, dead doctors were also compensated with $25 million, which works out well because when doctors and patients want to kill themselves thanks to the obstacles placed in their way by Obamacare, at least they’ll have a monetary incentive.

Senator Coburn stressed that “Every individual wrongfully awarded benefits, be it the deceased or undocumented, diverts scarce resources away from those who need it most.” That’s true, but what it also proves is that the last thing the government is equipped to do is oversee healthcare.