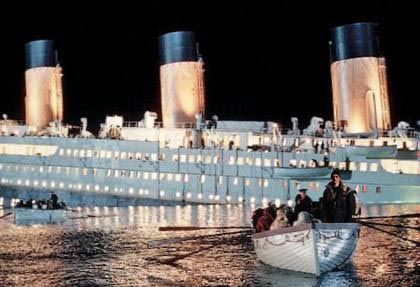 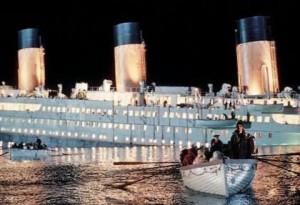 Our President has reminded us that the“…federal government is the only entity left with the resources to jolt our economy back into life. It is only government that can break the vicious cycle…” (Obama: ‘Only Government’ Can Break Cycle of Job Loss, Economic Downturn, Fox News, February 09, 2009). It now becomes our choice whether we believe Obama or do we draw on the vast experience we have with our government and come to our own conclusions?

I admit that, although cyclic, our economic Titanic has sunk and many of us are floating around in the water. However, in this particular case we’re not in the North Atlantic, we’re about 1/8th of a mile from shore and there are empty dinghies all around us that we’re being forbidden to use. The shoreline is within reach and we all could more than easily swim to shore. However, we’re being admonished by the Captain of the ship to stay where we are and not to advance on our own strength. Many of us want to head for dry land but the government is placing impediments in our way and telling us if we try, we’re doomed and will all drown.

The Master Communicator is using his bully pulpit to reestablish his belief that as a group we do not have the capability to save ourselves and our individual survival instincts and inbred abilities are being blatantly demeaned. The bullhorn is broadcasting, “We are in a crisis, only government, only government, only government can prevent catastrophe” and although inherently we know that the closer to the shore the shallower the water and the better chance we have for survival, we’re being forced en masse to tread and remain in the water.

While floating around out there we have lots of time waiting for the rescue team to come and save us when a stray copy of the 647 page “stimulus” bill floats by. Hanging onto a full copy of the bill as a buoy, anticipating governmental assistance to come to our rescue, we have the occasion, while splashing around, to reflect on all the other things that “Only the Government can do!”

All of us in the water should reconsider our options because this government, who we’re told is our only hope, is also responsible for other things that we all know only they can do. For instance, “Only the government” can:

I think it would be wise for those in the water to drift away from the “stimulus” bill, leave it in the water—and begin to swim to toward the shore!

©The contents of this page or website cannot be reproduced without permission.