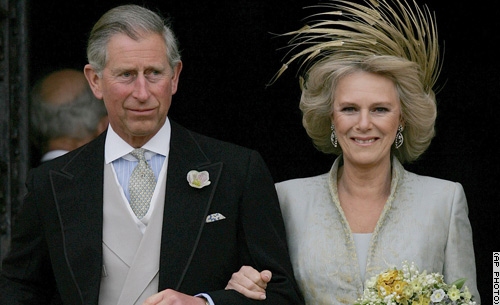 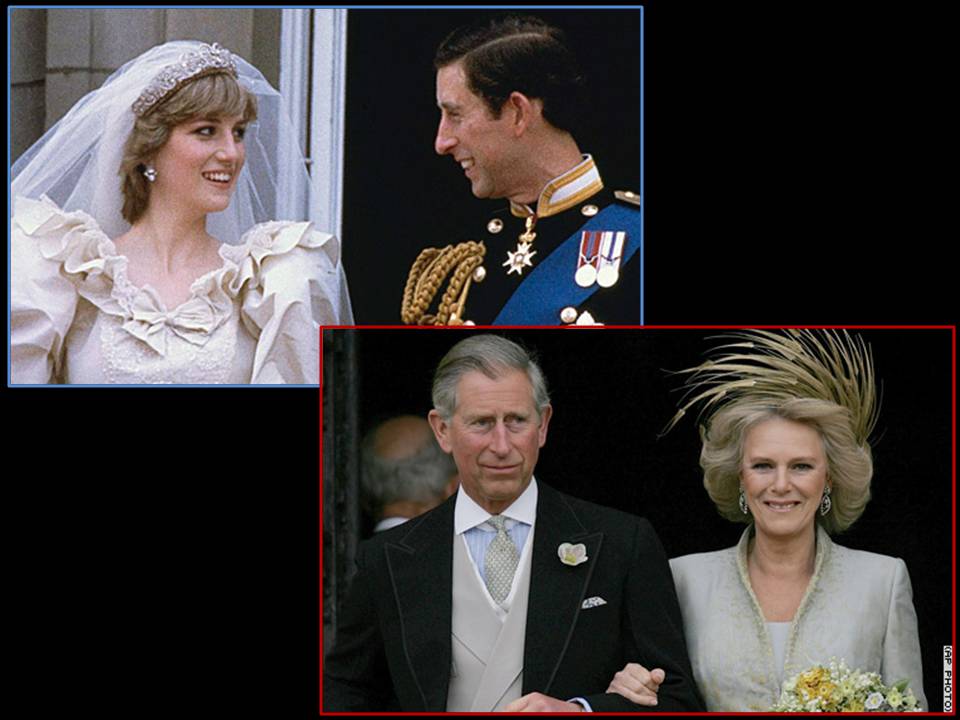 The world watched the first British citizen in 300 years marry an heir to the British throne on July 28, 1981.  Reminiscent of that day, the world celebrated the first African-American president sworn into office in a historic American election. Obama’s inauguration was the closest thing to the wedding of Charles and Diana ever witnessed this side of the pond. The event included all the pomp; pageantry and romance to earn it the title of, Camelot Part II. Just as, “the fairytale romance of Charles and Di, and the grand pageantry that, by binding them in holy matrimony, secured the future of the British monarchy” — Obama’s Presidency held the promise of hope and change for America’s future.

Yet, despite the historic nature of both events, sadness prevailed.  During our nation’s betrothal, America was so besotted by the cult of personality that we failed to realize Obama, like the Prince of Wales, wasn’t all he was cracked up to be.

When Barack Hussein Obama took the oath of office, for all intents and purposes, he married the Presidency.  In doing so, he committed himself to defending, protecting and preserving the Constitution as if it was his bride. Obama would have been better sitting in a pew with Camilla Parker Bowles then participating in a disingenuous ceremony whose vow he never intended to keep.

When Charles married Diana he wore Camilla’s cufflinks to keep her close to him in spirit.  Similarly, Obama took the oath but clutched close to his heart were the collective doctrines that have proven to be his first love.  On Inauguration Day Obama committed to “…preserve, protect and defend” a Constitution we now know he fundamentally believes is a “flawed” document.  If this were matrimony, perjury would be grounds for annulment.

Being from the royal line of Henry the VIII, Charles was well aware a ceremonial step was a necessary means to providing an heir.  Off spring drove the Prince to the altar; after his sons were born…he cast off his bride. Obama accomplished the goal of becoming successor to power by bamboozle not bloodline. What drew Obama to the Presidency was the potential to circumvent the Constitution as a precursor to insure a legacy where socialistic seed produces fairness and shared equity. Like Charles forsook Diana, Obama is presently in the process of, “…breaking free from the essential constraints that were placed by our Founding Fathers in the Constitution.”

Twenty-eight years earlier, the Prince of Wales bumbled his vow to share ‘his’ earthly goods with Lady Spencer.  He then put her ring on the wrong finger and forgot to kiss the bride.  Obama, on the other hand, firmly planted the kiss of death on the Constitution by prophetically misspeaking his vow to “execute the office of president to the United States, faithfully.”  To date, and to our detriment, Obama has executed everything he swore to defend.  Barry has been as faithful as Charles meeting Camilla for secretive trysts, never missing an opportunity to ravage the Constitution.

Through the years Obama in no way made it a secret that he believed, “…the Constitution is a charter of negative liberties.”    His true intentions have reduced the President to a Charles-type groom who marries and then, on the honeymoon, spurns the mate he had no desire for prior to the wedding.  Yet, it was a less than perfect Charles that crawled into a virginal marriage bed. Likewise, Obama stained with the sin of socialism attempts to defile the purity of the Constitution by injecting his rabid ideology into our democracy.

Our wanton President is smitten by a whorish socialistic system and is guilty of cavorting with radicals since youth.  And so our nation eagerly engaged a politically licentious groom. On Election Day, America was so busy stuffing yards of tulle into a glass coach we willingly overlooked Obama’s leftist past. Barry Sotoero came to the altar to be inaugurated, breathless and disheveled from promiscuous associations with ACORN, Reverend Jeremiah Wright, the Gamaliel Foundation, Bill Ayers, the New Party, and the Arab American Action Network and many, many more.

Throughout the 80’s, Charles brazenly carried on his sordid affair with Camilla.  In the same way, the third entity of socialism is presently threatening fidelity to a Constitution Obama made an oath to uphold. It is becoming apparent that Obama came to this union from the get-go with two-timing intentions to destroy and attack the tenets of democracy by “…entering into issues of redistribution of wealth, and … basic issues of political and economic justice in this society.”

Why can’t we recognize betrayal when we see it? The world watched for two decades as adultery, infidelity and deceitfulness destroyed the storybook marriage of Charles and Diana and eventually destroyed the Princess’ life.  British tabloids reported that,  “The night before his wedding to Lady Diana Spencer Charles and a ‘blonde woman’ spent the night on the Royal Train. Diana rightly guessed it was Camilla, but she hoped Charles would eventually grow to love her and forget his old flame.”

America, like Diana, was deceived into believing that Barack Obama would eventually grow to love liberty and forget the flame of socialism that stole his youthful heart. Like Charles with Camilla, Barack Obama remains fiercely loyal to his first love. The promise of the fairytale blinded a naïve nation to willingly disregard what was so painfully obvious.

Now that the honeymoon is over, its time to check the Presidents collar for lipstick stains because his paramour is surveying the Constitution’s residence awaiting the directive to move in. Obama’s actions, policies, statements and czars indicate that he desires to cast out Liberty and move into the palace a mistress whose shadow can be seen hiding lately in every corner of the halls of power.

Charles’ many years of public philandering caused Diana to meltdown on the global stage.  His perversions slowly became accepted as the world was desensitized to the Prince’s faithlessness. After Diana’s untimely death the British eventually justified Charles replacing the Princess of Wales with his consort.  America should take heed as czars wrest power from Congress and government seizes the means of production, undermines Capitalism, the free enterprise system and democracy.  We like the Brits are in danger of being slowly desensitized to our beloved Constitution being made to live in a political Kensington Palace, while socialism resides in bed beside a presidential prince.

At the royal wedding ceremony Lady Diana Spencer broke with tradition by refusing to promise to obey Charles. In keeping with that independent spirit, hope endures that the American people will decline submission to a disloyal President who refuses to keep his vow to our founding documents and remain faithful to our Constitution. As a young nation hopefully we’ll evict the adulterer from the main quarters before America suffers an end where Obama lives in the White House with his very own Camilla, while our Constitution, like the Princess of Wales, lays six-feet under in a cold and lonely grave.