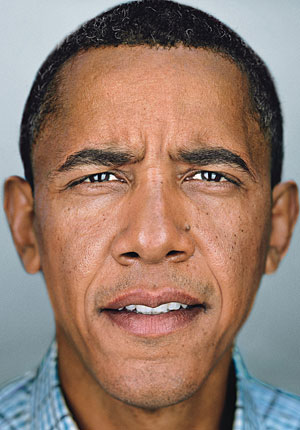 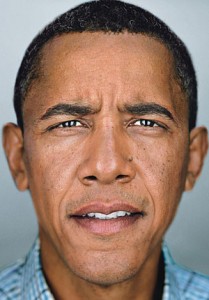 Katie Couric was so interested in Sarah Palin’s reading material that, in an effort to make her look foolish, the biased media news anchor implied Palin either didn’t or couldn’t read.  The left used the former Alaskan Governor’s irritated response to foster the premise that Sarah was nothing more than a dumb, gun toting, wild-eyed born again Christian whose reading material was limited to the back panel of a Lucky Charms cereal box.  Liberals are convinced that Sarah is dumb, if not dumber than G. W. Bush, whose reading material, or supposed lack there of, the left was also obsessed with.

All along, the implication and insinuation of the elite media has been that Conservatives, as a group, are intellectually challenged and lack both reading skills and cerebral pursuit. 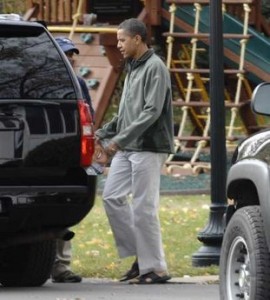 On the other hand, Barack Obama is consistently portrayed as abundantly brainy and brilliant, quite unlike how the left depicts both Bush and Palin. Yet, perception of Obama’s intelligence is not based on his school records or even IQ because data that should be available to the public, to date,  remains a mystery. Nevertheless, a studious Barry recently carried reading material under his arm, lo and behold, his scholarly choice was none other than the December fantasy edition of GQ crowning Obama, for second year in a row, “Leader of the Year.”

Based on how he governs, the President obviously is a huge fan of The Little Engine that Could.   The events of the past year make it apparent that Obama spends most of his intellectual pursuit off time perusing page after page of stories and articles with fairy tale plots, which explains his affectionate attraction for GQ.  So, if reading material determines intelligence, maybe in the future Obama should pick publications that include facts, rather than pure fiction.

In lieu of having the opportunity to review documentation exposing Obama’s level of intelligence and based on the media’s own standard that what a person reads is the measure of superior or inferior brainpower, does Obama reading GQ’s year end edition effect the left’s opinion of the President’s intelligence level?  One thing for sure, Obama’s great intellect belies his lack of judgment and reticence by his repeated acceptance of unearned accolades.

Lest we forget, the “Leader of the Year” ran up the nation’s deficit, administrates over double-digit unemployment, proclaims a failed stimulus successful, and is attempting to socialize, by way of health care, 1/6th of the entire US economy.  He accepted a Nobel Peace prize he didn’t deserve and has dawdled for months about sending reinforcements to American troops in Afghanistan.   The GQ title should have been “Clueless of the Year,” with a picture of Barry and Alicia Silverstone.  A President so overtly enamored with himself may choose to read quarterly publications that laud his great accomplishments, but together with Conde Nast, Obama remains oblivious to the truth about what a poor, inexperienced, naïve, shoddy leader he really is.

Obama could use a one year anniversary intellectual challenge administered by official reading material inquisitor; Katie Couric who is just about due to schedule her next fawning dialogue with the President. Pressing the “reading material” point during the Genius-in-Chief’s interview, maybe Katie will set aside bias and shock the global journalistic nervous system by demonstrating the same level of intense consternation, confrontational concern and lack of civility she exhibited when interviewing Sarah Palin.  But I wouldn’t bet on it!

On behalf of all Americans, Katie Couric can find out why, in a time of war and economic hardship, a man of such exceptional and incomparable mental aptitude would be caught reading Gentlemen’s Quarterly with a picture of himself on the cover, or is his choice of reading material another indication of just how slow on the uptake Barack Obama actually is?