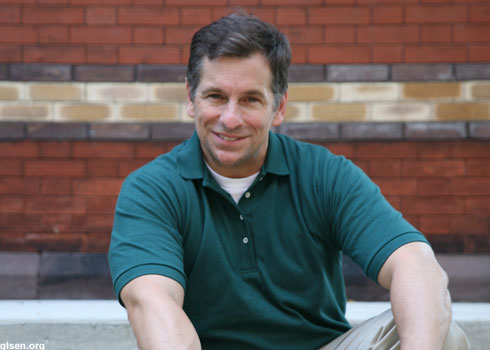 President Obama’s “safe schools czar” is a former schoolteacher who has advocated promoting homosexuality in schools, written about his past drug abuse, expressed his contempt for religion and detailed an incident in which he did not report a [sixteen year old] student who told him he was having sex with older men.

Perpetually concerned about “inclusiveness,” Obama appointed a “Safe School Czar” whose greatest accomplishment is the founding of GLSEN The Gay, Lesbian and Straight Education Network. GLSEN’s mission statement says the organization “strives to assure that each member of every school community is valued and respected regardless of sexual orientation or gender identity/expression.”

Eradicating Christianity from the school community, while encouraging homosexuality in children has become an urgent priority in America today—homosexual cultivation even trumps being able to make change for a five-dollar bill, knowing U2 is a rock band not a molecule, and being able to write a coherent sentence.

Above all homosexual sensitivity, cultivation and promotion has taken precedence along with stamping out any hint of religion in the public school system.  In fact, students have been suspended for “Oh, no…not that,” praying! In 2007 a dozen Russian students were transported back to Soviet Union-style restrictions when they were suspended for praying at school. “Ten in the group were suspended for ten days while two received one-day, in-school suspensions for holding a morning prayer meeting.”

Maybe if Jennings were the “Safe School” czar in 2007 he would have come to the defense of the criminal Russian prayer partners.  But then again maybe not, Jennings speaks with open derision about his own religious upbringing and would likely view those who pray as part of the homosexual bullying problem saying,

What had [God] done for me, other than make me feel shame and guilt? Squat. Screw you, buddy — I don’t need you around anymore, I decided. The Baptist Church had left me only a legacy of self-hatred, shame, and disappointment, and I wanted no more of it or its Father. The long erosion of my faith was now complete, and I, for many years, reacted violently to anyone who professed any kind of religion. Decades passed before I opened a Bible again.

After the fact, Jennings said his comments were made during “low point” in his life (lower than what?).  Jennings says he now considers himself a “religious” person. Kind of like Obama-type religion, where pseudo Christian faith is nurtured by a racist, anti-Semite like the Reverend Jeremiah Wright?  After attending Trinity United Church of Christ for two decades, Barack Hussein expects America to believe he never once heard a hateful word spill from the lips of Wright who, Obama says he, views as a “father.”  Is that the kind of religious rebirth Jennings experienced?

Jennings claims to have recently returned to religion and sits on the board of the ultra-liberal Union Theological Seminary, which describes itself as “progressive and evangelical,” which is scary at best.

Do praying students have a friend in Safe School Czar Jennings?  Would he insure the safety of the iniquitous students in Washington State who were refused the right to launch a Bible study at Kentridge High School because, “students would have to pledge to Jesus Christ to vote in the club and that allowing the club in would bring religion into the school.” With Jennings in charge we know schools are “safe” if you are sexually conflicted, but are they equally risk-free if you are “openly Christian?”

Would Kevin Jennings be as committed to defend the right to “pledge to Jesus Christ” as he is to Boy Meets Boy being included on the GLSEN 7-12 reading list?

This holiday, in an attempt to make Christmas more welcoming to all Americans, the Obama’s did not intend to put the manger scene on display. Barack Obama obviously supports and agrees with the Czar’s views on safe schools, as well as, Jenning’s sentiment toward God, which says, “Screw you, buddy — I don’t need you around anymore.”  Hope and change Obama is attempting to convince America that at Christmas nothing is more off-putting or odious than displaying, none other than, the Baby Jesus.

Obama, who appointed the GLSEN founder, felt displaying a crèche undermined the inclusiveness of the holiday season and that keeping “Christ in Christmas” fosters a message of hostile discrimination. Fortunately, tradition won out this year and in spite of Obama’s first preference the crèche is in its usual East Room spot. Yet, if Obama had his way at the White House, gays would be beckoned out of the closet, while the Nativity would remain closeted with the Christmas tree in the attic.

So, in a spirit of inclusiveness, non-discrimination and to show solidarity with a controversial “Safe School Czar,” Obama can shield Malia and Sasha from the detrimental influence of the crèche at the White House by sending the girls to spend the holiday with Jolly Jennings or as the GLSEN kids call him, “Uncle Kenny.”

Over the Christmas break the Obama daughters can work their way down an age appropriate GLSEN reading list. Jennings can introduce Malia and Sasha to some friends and work with the young ladies to come up with creative ways to address students planning on launching treacherous, unauthorized Bible studies at the school they attend.  Kevin, having a religious background, can teach the girls how to recognize “Christian” signs like WWJD bracelets, pocket Bibles and students in the cafeteria bowing their head before eating Tater Tots .

Uncle Kenny can use the respite to recruit the first daughters to sponsor Lesbian, Gay, Bisexual and Transgender (LGBT) History Month at Sidwell Friends School and get in touch with any latent sexual conflicts they may be struggling with. And for added fun, Jolly Jennings can ask David Hasselhoff to take the girls for a drive to meet up with bi-sexual, soul sisters Fergie and Lady Gaga for an afternoon of clothes shopping.

With Obama in the White House and Kevin Jennings watching over and guiding America’s children “It’s a jolly Jennings Christmas,” where everyone is welcome to the holiday party except Jesus and the rebellious kids who insist on believing in Him.

UPDATE:  Uncle Kenny suggests books to give as gifts to children.