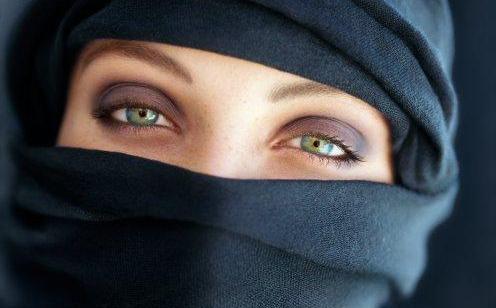 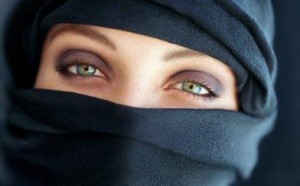 In the good old days, a bored suburban woman’s foray into adventurous escapades consisted only of fantasizing about starring in a soap opera.  Life would revolve around Days of Our Lives and an exciting afternoon included contemplating probing cliffhanger questions like, “Who Shot JR?”

Over the past few weeks the media seem perplexed by blonde, fair complexioned American females suddenly transforming into terrorists.  Why?  Because “homegrown terrorist” doesn’t usually conjure up images of Cindy McCain lookalikes with bleach blond hair and lip liner hidden under a black niqab.

Drama addiction could be one viable explanation for American women being attracted to radical Salafi Islam. While shocking, a female terrorist is not a surprising phenomenon if you understand the propensity a small percentage of insecure women have for self-perpetuating drama.

For drama queens the more attention, the better. So, Colleen LaRose aka Jihad Jane, caring for her boyfriend’s father by day, and by night, recruiting and financing international Muslim terrorist murder plots—call to mind the words   “drama junkie.”

Police records show [Colleen] was arrested twice in 1997: once for DWI and once for passing a bad check in the San Antonio, Texas, area. Depressed about the death of her father [LaRose] swallowed …cyclobenzaprine, a muscle relaxant…mixed with alcohol.

Married at sixteen to a man twice her age Colleen divorced remarried and divorced again by age twenty-four. The excessive drinking, the passing on of beloved fathers and bad checks, coupled with attempted suicide all material for compelling One Life to Live storylines.

According to the Pennsburg, PA 911 responding Police Officer, Michael Devlin LaRose was questioned about “harming herself, at which point she stated she [did] not want to die.”  That was until “talking loudly to her cats…and hitting the bottle…hard” lost its allure, after which LaRose expressed “an honour and great pleasure to die or kill for an intended spouse.” Two quixotic notions any drama queen would agree are on par with the General Hospital wedding of Luke and Laura.

After living with LaRose for years, boyfriend Kurt Gorman claimed the woman’s Muslim leanings were undetectable.  Although showing up on Youtube adorned in Muslim head covering, Gorman claims, Jihad Jane “never attended religious services of any kind.” Introducing Ameera Ali Aziz, dressed in hijab to the cast of As the World Turns, likely provided homebody LaRose the dramatic fellowship an Islamic sisterhood supplies without official attendance at a neighborhood mosque.

Gorman described his runaway girlfriend as “a good-hearted person,” stressing, LaRose “pretty much stayed around the house.” Unbeknownst to poor Kurt, a compassion driven Colleen spent afternoons posting online videos reaching out in desperation, “to do something somehow to help ease the suffering of Muslims.” Living like a hermit in an apartment in Pennsburg, Pennsylvania must have given Colleen limitless opportunities to be confronted daily with an onslaught of Muslim anguish and suffering.

Addressing the Jihad Jane anomaly, international securities expert Bruce Hoffman explained, “You could get all the thrills of participation in an illegal clandestine act in the comfort of your own bedroom.” Hoffman went on, “This is someone who, I think, because of the communicative power of the Internet [was] able to … enter into something …larger than herself.”

In other words, like going from marijuana to heroin, Miss Colleen stepped it up from personally cultivated commotion into the realm of global drama.

While Kurt was busy working Jane agreed to marry a co-conspirator to whom she wrote: “Asalamalakum. You make me so happy, I cannot put into words…one day I will be at your side as your wife and never leave your side.”  And so, Colleen “removed the hard drive from her computer and set off for Europe [with] Gorman’s passport,” to present a false identity as a wedding gift to a jihadist fiancée she never actually met.

Planning to commit murder and confident “Only death will stop me here that I am so close to the target,” a “good hearted” gal from the Keystone State is now under federal indictment, accused of collaboration in an international assassination attempt. LaRose plotted and schemed her way to Ireland to link up with other holy warriors in hopes of murdering Swedish cartoonist Lars Vilks whose crime was exercising Theo Van Gogh-style freedom of speech “depict [ing] the Prophet Muhammad with the body of a dog.”

It now appears its possible Colleen’s female co-conspirator was another American woman named Jamie Paulin-Ramierz. According to Paulin’s mother Jamie, aka Jihad Jamie was lonely and desperately searching for love. In fact, Paulin expressed willingness, if need be, to gain affection by strapping a bomb on and blowing herself to smithereens.

Paulin-Ramirez’s mother said, “She never liked who she was… she was always looking for something.”  Apparently Jamie found it because according the woman’s family, in the months before the Muslim convert disappeared with her six-year old son recently renamed Wahid, she traded in an English computer keyboard for Arabic, covered her hands and “wore black garb so you [could] only see her eyes.”

Detained in Ireland Paulin was released after being suspected of involvement in “conspiracy to commit murder,” but continues to be under suspicion by US authorities.  The drama also continues for Colleen LaRose who awaits arraignment in federal prison in the City of Brotherly Love, while Jamie, along with fifth husband, a Muslim man she met online; enjoy jihadist honeymoon bliss in a mosque in Ireland.

Like an ironic twist in a sordid soap opera, it was recently revealed, “The main contact from Ms. LaRose is believed to be one of the men … an Algerian, who has a relationship with Ms. Paulin-Ramirez.”

And so, after enduring the drama of numerous abusive marriages and based on the enthusiastic choice of fundamentalist Islamic husbands, its clear neither woman desires relinquishing the potential female subjugation holds for added drama.

By agreeing to cover all but blue eyes with a niqab Jihad Jamie and Jane are sparing themselves future self-destructive Blonde Bomber crises of the physical kind.  Nevertheless, newfound identity can still benefit both women because for Young and Restless adventurers like LaRose and Paulin, aligning oneself with Salafi-jihadism presents limitless possibilities for untold drama just begging to play out in federal prison.