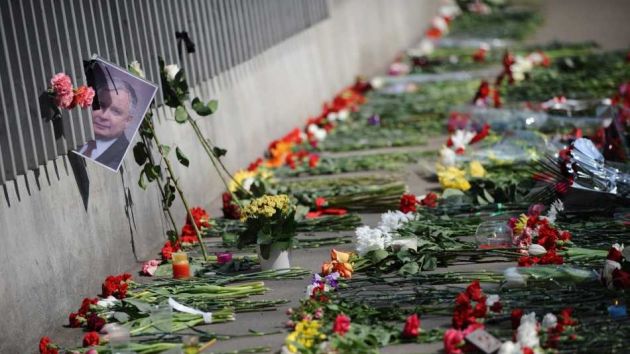 “I don’t think it was done intentionally. I excluded such a possibility, but it was an unfortunate coincidence, yes.” Those haunting words were spoken by “lifelong skeptic of Russia” Lech Kaczynski, the late president of Poland. Kaczynski discussed with Brett Baier of Fox News the unusual concurrence of President Obama reversing the Bush administration’s U.S. Patriot missile defense decision on the 70thanniversary of Russia invading Poland.

In 2008, the United States and Poland sealed a deal that in 2010, ten interceptor missiles would be deployed to a military base near the Baltic coast. The missiles were due to be situated in that location to “protect much of NATO against possible long-range attacks,” mostly from a volatile Middle East. According to then-U.S. Secretary of State Condoleezza Rice, the weaponry was “defensive and aimed at no-one” and merely a means to respond to “the threats of the 21st century.”

The agreement between the U.S. and Poland infuriated Russia. At the time, deputy chief of general staff General Anatoly Nogovitsyn said the plans for a missile base in Poland, “could not go unpunished.”

At the time, the Polish president expressed the logical view that because the shield was purely defensive and not a threat, “for that reason, no-one who had good intentions toward [Poland] and toward the Western world should be afraid of it.”

Recently, the anti-communist, conservative Polish President Lech Kaczynski and an entourage of dignitaries, including his wife Maria, were en route to Russia to pay homage to 22,000 Polish military and intellectual elite massacred in the Katyn Woods in 1940 by the Soviet Union. Eerily, Kaczynski’s plane, carrying 88 members of Poland’s political, military, church, and business leaders, went down in the same wooded area in the Smolensk region of western Russia, killing everyone on board.

President Kaczynski admitted, after suffering a scare on a Tupolev 154 Soviet-designed plane in 2008, “Any flight brings with it a certain risk, but a very serious risk attaches to the responsibilities of a president, because it is necessary to fly constantly.” And so, in December of 2009, Kaczynski had Russia’s Aviakor aviation maintenance company fully overhaul the plane, deeming the aircraft “airworthy.”

There is no denying that flying from Poland to Russia in a Russian-maintained airplane and then crashing into the woods where Soviet secret police murdered 22,000 Poles can be described only as an “unfortunate coincidence,” especially after being warned that something you did “could not go unpunished.”

This isn’t the first time Poles experienced such a shocking loss. Seventy years ago, after the Soviets denied involvement for the Katyn bloodbath and blamed the Nazis for the slaughter, then-Prime Minister Wladyslaw Sikorski “called for an independent investigation” into the massacre. Four months later, Sikorski and sixteen others suffered an untimely end, perishing in a plane crash in Gibraltar. Another unfortunate coincidence.

The initial U-turn on the decision to place a missile defense system in Poland initiated cooperation between Medvedev and Obama, which was followed up with an agreement to cut strategic nuclear arsenals by 30 percent. As spurned Lech Kaczynski watched from afar, Medvedev expressed the belief that the treaty “opened a new page” in Russian-American relations.

Obama, having signed the treaty with Russia, accomplished what Brett Baier intimated to Kaczynski two years prior to be a foreign policy goal for the newly minted president.

During the 2008 interview, Baier told Kaczynski, “The Obama administration … wants to reset its relationship with Russia.” Pressing the Polish president, Brett asked, “Are you worried about this reset and how it will affect your country? Do you think Russia was emboldened by the [defense reversal] decision?”

Exquisitely aware of Poland’s long, dark history with Russia, Kaczynski did not hesitate to respond, “Russia is always bold, but if it’s encouraged, then it becomes even bolder.”

Lech Kaczynski lived just long enough to see America break faith with Poland and then sign a treaty with a nation that expressed hostility and aggression toward Poland — very possibly revitalizing an aggressive adversary.

The Polish president articulated in the 2008 Fox News interview the belief that “[t]he United States … [has] a right to conduct [their] own policy, and there is nothing I can say about this and cannot question it. But the United States, like any other country in the world, can be right or can be wrong.”

Baier retorted, “Is it wrong?” Kaczynski cautiously replied, “So far we don’t know it yet. Russia can play a big constructive role in the world because it is a big country. But, however, the development in Russia at the moment does not give any indication that this is how it will continue, that this will be so.”

In 2008, Kaczynski worked hard to sign an agreement with the United States for a missile defense system to be placed on Polish soil. The agreement was met with a warning from Russia that Poland would be disciplined. In 2009, President Obama reversed the Bush administration’s U.S. Patriot missile defense decision on the 70th anniversary of Russia invading Poland. In December of that same year, Lech’s Russian-made Tupolev 154 received an overhaul and thumbs-up Russian approval.

In 2010, President Obama signed a “historic” nuclear disarmament treaty with Russia. Less than three days later, in an effort to take a step toward improved relations with Russia, the Polish President died in a fiery crash in the Russian-maintained Tupolev 154 en route to a memorial commemorating the Soviet massacre of 22,000 Poles in the Katyn woods — one fortuitous incident after another.

Hearkening back to the words of deceased President Kaczynski, who said, “I don’t think it was done intentionally” — one can’t help but marvel at the observable facts surrounding Russia’s involvement in Poland’s history of “unfortunate coincidence[s],” yes?