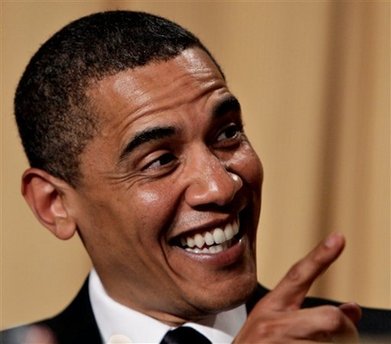 Governor Jan Brewer has requested President Obama help secure the border with Mexico by reassigning National Guard helicopters from other states and training missions to Arizona.

Governor Brewer made the request in a letter to Obama, dated the day after the state dinner for Mexican president Felipe Calderón. Brewer must have felt if 1600 Pennsylvania Avenue could be so heavily guarded by security, secret service and ID checkers for a state dinner and after party, why not some choppers to keep drug runners, gangs, illegals and violent criminals out of Arizona?

While attempting to enforce immigration law in Arizona the governor claims to have only, “…four OH-58 Kiowa helicopters available for border missions,” at her disposal.  Apparently, “choppers are deployed overseas and others are reserved for training missions.”

Maybe there are extra helicopters hanging around the premises left over from Beyonce’s Margarita and Felipe performance on the South Lawn of the White House that could be freed up for border reconnaissance missions?

Daily Jan Brewer stares down Mexican banditos, so publicly spanking Barry for misstatements, bad attitudes and misrepresentation of the Arizona bill, was no big deal for a governor determined to protect a border state and uphold the rule of law, and well she should.

The Obama administration has distorted and politicized the Arizona law, as well as using a serious issue to divide the nation along racial lines.   The President also incorporated Arizona’s attempt to close unsecured borders into the butt of juvenile jokes.

And while Barack Obama may host a great party, and even graciously share the stage with a rat, the Arizona governor felt Barry’s obnoxious jocularity when referring to situations where drug runners murder American citizens, should be addressed.

Soon after Jan Brewer publicly pointed out Barack’s less than stellar performance as a national leader, the governor then “requested additional helicopters be freed up from training missions or taken from other states and assigned to the southwestern border.”

Now that’s a lady with chutzpah!

However, after going toe-to-toe with Barack, who seems more willing to agree with foreign leaders, criticizing American laws and statutes, than supporting a governor whose state is overrun with illegal criminals – the additional helicopter appeal doesn’t look hopeful.

“The governor acknowledges her request may be unpopular with other governors, but she says she believes there are legitimate national interests in sending more aircraft to Arizona.”

Governor Jan Brewer’s request will not only be “unpopular” with other governors, but detested by the Secretary of Homeland Security, likely mocked by the “misdirected” Barack Obama and if given a platform, Mexican border enforcer, Felipe de Jesús Calderón Hinojos could add his two cents.

Reality is, chances are better for Tareq and Michaele Salahi getting into a White House function a second time then Jan Brewer getting one scintilla of assistance from the federal government. It’s unlikely the Arizona governor’s letter, request or existence will be acknowledged by the President, let alone one additional OH-58 Kiowa granted to assist in Jan Brewer’s endeavor to secure the United States border.