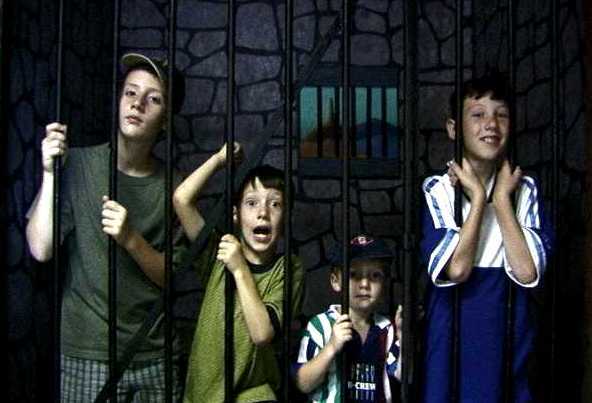 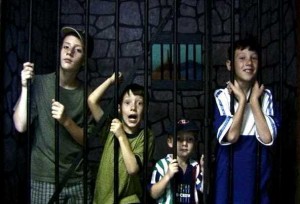 Early nineteenth century prison reformer Elizabeth Fry said the following: “Punishment is not for revenge but to lessen crime and reform the criminal.”

In the New York City borough of the Bronx tough educators did the extraordinary and injected custodial chores into school detention for unruly students. Bronx disciplinarians apparently took a page out of the book of modern-day prison reformer Arizona’s Sheriff Joe Arpaio.  The always controversial Sheriff Joe agrees with the Fry philosophy that behavior is not remediated if serving a jail sentence lacks true punishment.

Although those assigned to In-Tech Academy’s post-dismissal custody were not required to wear pink uniforms or work on a chain gang the school’s principal must have decided the most effective way to deter future misconduct would be to assign authentic punishment for acting up.

The lesson: If you want to spend afternoons doing something besides cleaning commodes—change your behavior.

One student detainee, with zero compunction when it came to messing up in school, complained “After school the principal came in with the inspector lady and she was like ‘Oh, everyone has to pitch in and clean the toilets and stuff.’ So we was cleaning them, we had to clean around them and it was nasty, it was just mad nasty,” said one student.

“Like that’s not cool, like making kids clean toilets like that’s not how that should go,” said another student. Truth is being a troublemaker is both “nasty” and “not cool.” In addition, irresponsibility and disruptive classroom behavior is not exactly how things “should go.”

Student complaints indicate that institutional-grade rubber gloves, Lysol® disinfectant and kneeling in an odoriferous lavatory may have delivered the motivation needed to rethink future participation in adolescent misconduct.  Based on In-Tech involuntary custodial staff -post-cleanup commentary the crew did not sound eager to revisit the “mad nasty” lavatory anytime soon.

In response to student grievances, Department of Education officials entertained  the allegations of undue punishment toward the affronted janitors. Undermining the positive outcome of the penalty those who assigned the restroom reprimand will likely be chastised for daring to use a toilet brush to teach outlandish concepts like character, forethought and improved behavior.

“The DOE says if the allegations are true, appropriate action will be taken.” That means, without the threat of ramification, badly behaved children can continue to disrupt, act up and shirk responsibility.  The long held tradition of academic asylums ruled by disorderly inmates will most assuredly be upheld by another group of clueless educational administrators in the Bronx.

Excusing students from cleaning toilets and diluting effective punitive measures at In-Tech Academy, only castigates true disciplinarians and cultivates the brand of character needed to one day be a candidate for a chain gang similar to the one in Sheriff Arpaio’s tent city.