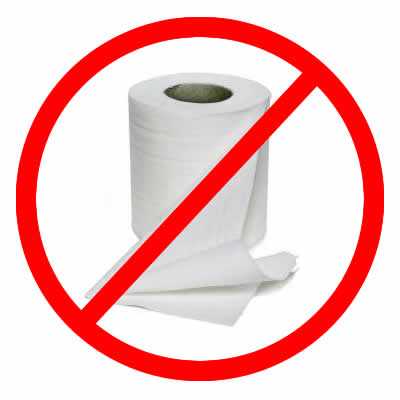 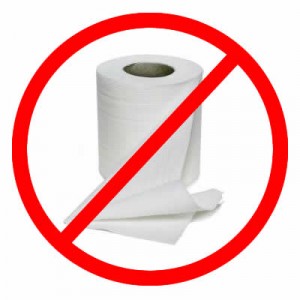 For a second there it appeared as if, when no one was looking, Sheryl Crow was secretly elected mayor of Newark, New Jersey. Sheryl is a singer/songwriter as well as a radical environmental activist.  In fact, Sheryl is so committed to the cause she suggested “limiting toilet paper use as one solution to global warming.”

Sheryl injected her opinion into the most private aspect of life and felt it her duty to preach about how many environmentally friendly squares of toilet paper Americans should use per sitting.

Now, I don’t want to rob any law-abiding American of his or her God-given rights, but I think we are an industrious enough people that we can make it work with only one square per restroom visit, except, of course, on those pesky occasions where 2 to 3 could be required.

Why is using or not using toilet paper a current topic of conversation?  Well, if Mayor Cory Booker had listened to Crow back in 2007, when the performer was touring America in her biodiesel-powered bus, Newark’s budget may have been rescued and there would be no reason to inconvenience government workers by removing the Scott® tissue from the lavatory dispenser in 2010.

Now, three years after Sheryl Crow shared her insights and concerns about toilet paper usage, “things are getting so bad in Newark that the mayor has ordered the government stop buying toilet paper.”

Cory Booker isn’t limiting the sheet-per-sitting as suggested by savvy Sheryl. Booker decided to save money by ceasing to supply toilet paper to government workers, period.  Thankfully, for the rest of the city and in light of the toilet paper issue, the mayor is also “reducing most city workers to a 4-day work week.”

“Police officers, firefighters and sanitation workers would not be affected by the furlough plan” and will be provided gas, but it’s unclear whether first responders and garbage men will have the luxury of on-the-job Charmin®.

Newark’s budget “shortfall is $70 million and Booker plans to meet the revenue with budget cuts instead of property tax increases.”  Booker said, “Taxes cannot be the answer.” According to the mayor, the budget resolution lies in the prohibition of work place toilet paper.

Booker also said, “Call me Mr. Scrooge, if you want, but they’ll [sic] be no Christmas decorations around the city.” Banning Christmas seems mean.  However, doing away with holiday cheer in Newark may ultimately work out to Mayor Cory Booker’s benefit.

If Mayor Booker saves money on Christmas lights, he can spread good tidings with a one-time-only government worker Christmas gift of one roll of toilet paper per worker. If Mayor Cory Booker splurges and gifts each Newark employee with one roll of 1,000 sheet toilet paper, according to Sheryl Crow’s calculations Booker won’t have to worry about Christmas for three more years.