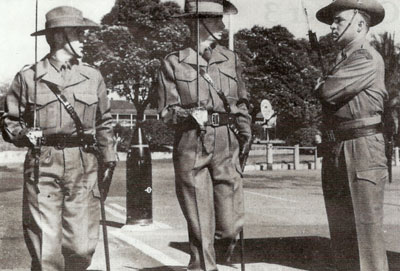 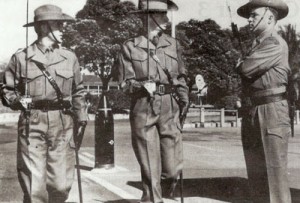 It was long past due for Barack to come up with a catchy slogan for the next election.  So it was right on time when Obama showed up at the Congressional Black Caucus annual awards dinner resplendent in black tie, speaking the captivating words “guard the change.”

Fanning the flames of a waning fire that is being suffocated by a pervasive lack of African-American voter enthusiasm, President Obama appealed to a base of black leaders asking for support in getting voters to turn out for the mid term elections.

Obama attempted to marshal the troops with a fiery campaign-style speech exhorting the fawning audience, saying,

I need everybody here to go back to your neighborhoods, and your workplaces, to your churches, and barbershops, and beauty shops. Tell them we have more work to do. Tell them we can’t wait to organize. Tell them that the time for action is now.

With November swiftly approaching and polls indicating that “African-Americans [are] much less likely to vote than whites,” Obama’s “guard the change” rallying cry is a “deliberate effort to recapture the enthusiasm that had helped him win the White House” in 2008.

After two years of incessant rhetoric, even Obama admits, “It’s not surprising that a lot of people may not be feeling that energized or that engaged right now. A lot of folks may be feeling like politics is something they get involved in every four years when there’s a presidential election, but they don’t see why they should bother the rest of the time.”

Translation:  “I know I motivated 96% of black voters to come out for me.  Although Harry Reid would look silly speaking in the shadow of Greek columns, it’s time to disregard the boredom and gas up the school buses for November second.”

Barack Obama is aware that in the forthcoming election the opposing party stands to make huge gains as the economy continues to falter, the border remains open and unemployment lines morph into bread lines. Obama’s socialist vision for America runs the risk of coming to a screeching halt if motivated white voters help Republicans wrest back control of Congress.

The right gaining control of the legislative branch of government could very well pour sand in the engine of a liberal left wing steam roller. “Eyeing a potential Congressional win in November, House Republicans are planning to chip away at the White House’s legislative agenda—in particular the health-care law—by depriving the programs of cash.” Beginning with the most unpopular, Republicans are campaigning on the promise that the first course of business is to save America by depriving Obama’s health care reform of funding.

In response, Obama appealed to the “conscience of the U.S. Congress.” The President responded to the looming conservative threat by asking the Congressional Black Caucus to lend a hand to “congressional Democrats running in close races.”  Obama cited the predicted tidal wave of discontented voters on the horizon by ardently reminding the caucus “The last election was a changing of the guard – now we need to guard the change.”

“Guard the change” is a clever “hope and change” style slogan.  In addition to being a motivating motto, the catchphrase also affords America a glimpse into what appears to occupy the mind of a president whose popularity diminishes daily. Three little words, “Guard the change,” if transposed reads “Change the guard” which, with or without the help of the Congressional Black Caucus, is an imminent political adjustment even Barack can sense is coming.