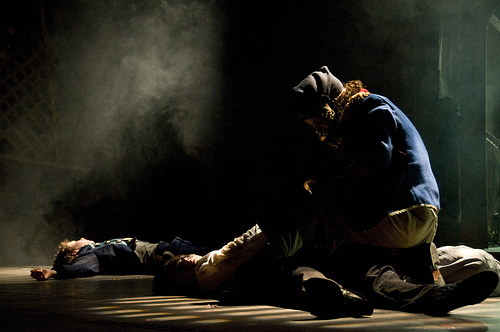 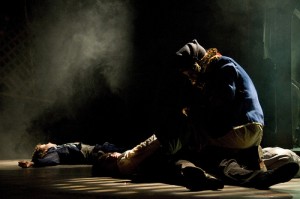 In Tucson, Arizona, Democrat Congresswoman Gabrielle Giffords was gravely injured in a horrific shooting that seriously injured 12 and killed six, including a nine year-old child. “Shocked and saddened lawmakers” are now grappling with the idea that “new laws and regulations are needed to curb incendiary speech.”

Although despondent and disgusted over the bloodbath, Americans should not be fooled. Compassionate concern from the left has little to do with protection for politicians and everything to do with reining in freedom of speech.  If inflammatory words – not politics – were the real issue, “Allahu Akbar” would be relegated along with “targeted…crosshairs…kill the bill…the ‘N’ word and Hawaiian Punch” to the no-no column of the vocabulary list. The last time I checked, the terrorist battle cry “Allahu Akbar” was not on that list.

It’s safe to say that it’s not beneath liberal logic to tie together fire/arson/shouting/panic and Rush Limbaugh if the result accomplishes the curtailing of First Amendment rights. Democrats would love to apply to unrelated circumstances the 1919 US Supreme Court case of Schenck v. United States where Oliver Wendell Holmes wrote: “The most stringent protection of free speech would not protect a man in falsely shouting fire in a theatre and causing a panic.” Using legislative duct tape, the left can seal the mouths of anyone who disagrees with liberalism and promote it as prevention of political violence ignited by the use of combustible words.

In 2007, a tow truck driver was convicted of stealing from a victim “in a double-fatal car crash.”  As the crumpled casualties lay in the road, Ronald Forget of Pawtucket, Massachusetts “took the wallet of one of the victims and used credit cards from the wallet to pay his cell phone bill and to buy gasoline.”

The truck driver’s actions, cold as they seem, are eerily similar to the response of liberal politicians and left-wing media types to the carnage brought about by the psychotic madman in Tucson, Arizona.   The left smells blood from miles away and will pull up alongside any convenient casualty.  In this case, liberals all but politically picked the pockets of the deceased in hopes of furthering a freedom-stifling agenda.

Granted, caution should be used when accusing anyone of heartlessly exploiting tragedy.  However, following the horrendous shooting, and based on the left’s ghoulish behavior, the only conclusion that seems reasonable is that the crisis provided a prime opening for liberal government bureaucrats to look for another excuse to further restrict the Constitutional rights and freedoms of US citizens, and to do it on the backs of those who suffered and died.

Based on public disapproval of healthcare reform and reeling from stinging defeat, Democrats came across a pileup in Arizona that has provided a liberal Thought Police scenario with the potential to justify a “warning against a return to [what they call] the divisive rhetoric of last year’s healthcare debate.”

Misfortune provided post-election Democrats the perfect storm.  The situation culminated in an impeccably timed critical mass, where politics, guns, conservatism, the healthcare reform debate, and the Tea Party could be directly tied to a massacre.  Rather than focus on truth, the left chose to manipulate terror to quash telltale condemnation of an out-of-control left-wing ideologue President, an ousted Congress, and a Democrat-controlled Senate hell-bent on placing a yoke of socialism on the back of a resistant nation.

After the fact, in a pseudo-display of false solidarity, the shooting is now being described as a “rare moment of unity on Capitol Hill.”  That is pure political spin. What transpired was the Democrat ambuscade hit pay dirt.  The left patiently laid in wait for an excuse to blame unrelated violence on “inflammatory rhetoric,” Fox News, conservative talk radio, and popular politicians, and in the process are using a self-righteous demeanor to chide anyone who dares disparage liberal/Democrat policies or politicians.

Rhetoric-reaction to the shooting has been so bizarre that Maine Congresswoman Chellie Pingree proposed expunging the word “killing” from the name of the “Repeal the Job-Killing Healthcare Law Act.”

Phantom Democrats are parsing words and pointing fingers at the innocent, making ridiculous statements such as Pingree saying “I’m not suggesting that the name of that one piece of legislation somehow led to the horror of this weekend — but is it really necessary to put the word ‘killing’ in the title of a major piece of legislation?”

Hey Chellie, do we really need the word “punch” in punch line? How about bullet proof, gun shy, slaphappy, choke hold, and shoot off your mouth?  The words kilt and kiln sound too much like “kill,” which poses a potential problem in a heated political environment. How about cutting the rug, loaded for bear or pipe down?

So far, despite the highly charged atmosphere surrounding the shootings, the left has yet to acknowledge the multitudinous examples of provocative language used by Democrats. For example, for twenty years, Barack Obama was mentored by a racist, anti-Semite, anti-American deranged preacher whose revolting rhetoric far exceeded use of the word “target,” or the metaphoric placement of benign symbols on a map.

There is still not one scintilla of evidence that the Arizona shooter was motivated by political rhetoric.  Nevertheless, even before the police and ambulance arrive the left continues to cruise the Arizona crash site by censuring crosshairs, touting the merits of the Fairness Doctrine, and blaming Sarah Palin and Sharron Angle for influencing a person who was unbalanced long before either woman showed up on the national scene.

So as Gabrielle Giffords heals and six innocent murder victims, including nine year-old Christina-Taylor Green, are laid to rest, it appears the left will continue to pick-pocket the dead by taking advantage of heartbreak, feigning righteous indignation over nothing more than hyperbole, and looking for obscure excuses to muzzle political opposition in the name of moderating incendiary rhetoric.