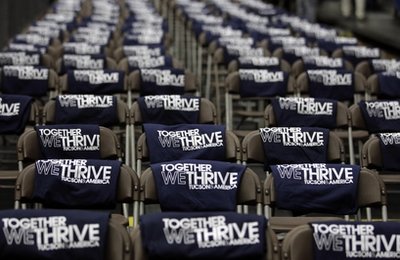 Hillary Clinton “tripped” boarding a plane in Yemen.  After waving from the top of the stairs the former First Lady lost her footing and went down, executing a “classic tumble.” Uninjured, and with the help of concerned aides, Hillary was helped to her feet as the plane lights were dimmed to prevent videographers, who had already photographed the event, from filming the event.

Hillary is proving that she is just about as fleet-of-foot as she is adept at perspicacity.  Prior to going down with a thud, Ms. Hillary shared her insightful opinion on the subject of the shooting in Arizona.  Remember, Hillary is a woman who can sniff out a “conspiracy” wherever it resides.

Hillary has proven that she can distinguish potential issues and problems nearly as accurately as the bumps in the carpet when boarding a plane.

For instance, when Bill was canoodling with interns and adding to a growing personal collection of Camacho cigar rings, Hillary credited “a vast right wing conspiracy” for Willy’s issues with truth, oaths, and his inability to keep chubby girl trysts secret.

In response to a more recent controversy, Hillary stepped forward, albeit cautiously, to share her views on another mentally disturbed individual: Jared Loughner, the shooter in the Arizona Congresswoman Gabrielle Giffords massacre.

Similar to how Hillary assigned blame to a right wing conspiracy for Bill’s lying, perversion, and adultery, the Secretary of State once again is of the opinion that when a mentally deranged individual acts out, don’t blame the doer, blame politics.  Moreover, if possible, insinuate, however slyly, that the right wing is at the root of the perpetrator’s motivation.

When asked about the tragedy, without a modicum of evidence Hillary replied: “Jared Loughner is an extremist because he carried out the Arizona shootings while acting on his ‘political views.’” Hillary’s discriminating observations should make all Americans feel confident that our nation’s pantsuit representative is traveling the globe speaking to world leaders and assessing solutions for potential international crises.

Hillary cast aside lunacy, disregarded verification, and blathered on about political motivation, “animus,” and crossing the “line from expressing opinions that are of conflicting difference in our political environment into taking action that’s violent action,” which according to Hillary is a “hallmark of extremism,” not mental illness.

Hillary said, “So, yes, I think that when you’re a criminal who is in some way pursuing criminal activity connected to – however bizarre and poorly thought through – your political views, that’s a form of extremism.”

If that’s true, Hillary typifies extremism, because anytime the Secretary of State gets a chance she does what extremists do. The sure-footed ambassador of good will advocates for the political philosophy of the left and does so by “resorting to measures beyond the norm.”

Shaky-on-her-feet Hillary continued by issuing a global clarion call: “It’s time for people across the world to stand against extremism and violence. We cannot allow a small, vocal, violent minority to intimidate the vast majority of people who have moderate views … who do not want to be put in a position where they are forced to keep silent or to follow a certain religious or political ideology. But people have to be willing to stand up against that.”

“Stand up against” is what America is attempting to do as Clinton issues opinions whose goal is to gag opposition and to push the type of liberal dogma she continues to promote by sharing peculiar observations that eventually come to be viewed as bumbling, deluded missteps