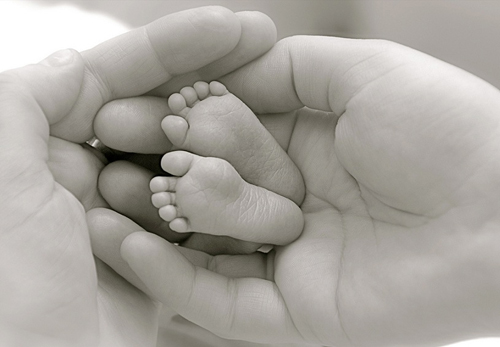 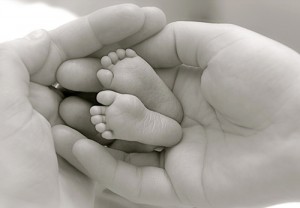 Recently incarcerated Philadelphia abortionist Kermit Gosnell was so committed to his craft that after looking around the doctor’s “filthy…poorly run” operating room, if a woman seeking an abortion changed her mind Kermit would sometimes anesthetize the unwilling and carry out the abortion anyway.

In addition to performing unwanted procedures on unconscious women, the proprietor of the Family Women’s Medical Society has been charged with eight counts of murder, infanticide, and abuse of a corpse. So far, the list of the dead includes a woman named Karnamaya Mongar, who Gosnell over-anesthetized, and seven infants who died in what are being called “grisly infanticides.”

According to the grand jury’s report, “Time and again, late-term babies were delivered alive — fully intact and breathing — and then killed. Gosnell called it ‘ensuring fetal demise.’ The way [Dr. G] ensured fetal demise was by sticking scissors into the back of the baby’s neck and cutting the spinal cord. He called that ‘snipping.’ Over the years, there were hundreds of ‘snippings.’’’

Judging from the jars filled with the body parts of fetuses, dead babies were Gosnell’s primary goal, and dead and maimed women were the unfortunate result or collateral damage.

The Kermit Gosnell “family practice,” which according to some women was so “filthy” that women sat on “blood-stained recliners,” included his wife, sister-in-law and a team of abortion clinic workers all charged with “practicing medicine without a license or covering up” the criminal activity going on inside the clinic. Dr. Gosnell must have figured, what does it matter if an executioner is licensed or not, either way the results are the always the same.

With Kermit Gosnell’s prosecution on the horizon, hundreds, maybe thousands of murdered babies will never have the opportunity to testify on their own behalf and neither will the late Karnamaya Mongar.  However, some women are starting to step forward to relate stories of physical harm and forced abortion in what the grand jury is now calling a “baby charnel house.’’

In pro-abortion America, “choice” is a dearly beloved right. However, inside the walls of Kermit Gosnell’s death factory, the final choice was not always the woman’s. When it came to abortion, Kermit felt he had the right to exercise his personal preference on the reluctant.

Case in point: Davida Johnson.  Ms. Johnson was 21 years old when she decided to visit Dr. Gosnell’s less-than-sterile clinic with plans to exercise her right to choose. After thinking through the decision, miraculously Davida “had a change of heart,” and headed for the exit. Before she made it out the door, the doctor took it upon himself to restrain and drug Davida, induce labor, and forcibly extract and destroy the infant.

Davida now claims she told Gosnell: “‘I don’t want to do this,’ and he smacked [her]. They tied [her] hands and arms down and gave [her] more medication.”  When Johnson woke up, she was no longer pregnant and didn’t “know if Gosnell killed her child in the abortion or in the snipping technique he used to kill babies shortly after birth.”

Because of Davida’s disturbing experience, the woman alleges she suffered four miscarriages and deals with “psychological issues [and] mental illness.”  Now, on behalf of her dead child, Ms. Johnson is asking hard questions like: “Did he do that to mine? Did he stab him in the neck? Because I was out of it. I don’t know what he did to my baby.”

Drugged women, bloody blankets, forced abortions, the corpses of dead fetuses – all are Dr. Gosnell’s trademarks.  In addition, the grand jury report claims Gosnell “spread venereal disease among [patients] with infected instruments, perforated wombs and bowels,” tore cervixes, and exposed women to life-threatening infection and blood loss.  The deplorable list includes two women who claim that after submitting the frail frames of their unborn children to Kermit, one required a hysterectomy and the other is physically handicapped after requiring open-heart surgery.

With each passing day, the Kermit Gosnell horror story continues to reveal the unthinkable. Yet, one can’t help but wonder why a public supposedly supportive of abortion rights expects so much from a person whose career is murder for money. Kermit may just be the type of guy who finds it difficult to control killing within the boundaries of the law one minute and, in the next, control himself and revere life.

Thus, it would be interesting to know if, in the shadows of abortion clinics across the nation, those a little tidier about their work secretly feel Dr. Gosnell’s crime was being lackadaisical, storing one too many body parts in the freezer and, above all, calling unwanted attention to incognito Kermit Gosnells by daring to get caught.