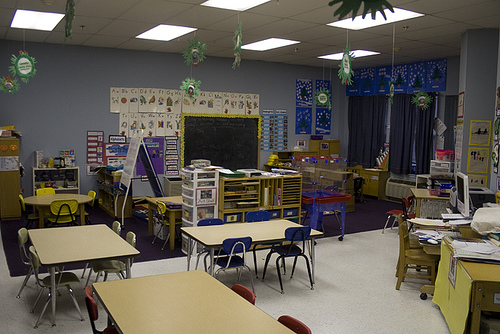 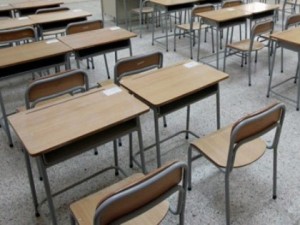 Sad to say, but Barack H. Obama Elementary School in Asbury Park, New Jersey, a school whose student body is 94% black, is being forced to close its doors.  Due to a “steep decline in total enrollment” this summer, the school will shut off the loudspeaker and ring the dismissal bell for the very last time.

“Bruce N. Rodman, the state-appointed official who manages the school district’s finances, said enrollment at the Obama school had seen a 35 percent drop over the past ten years.”

How ironic, an institution named after a President who is a champion of Planned Parenthood, an organization that prides itself on providing accessible “reproductive services” to black women, is being forced to close because potential students were eliminated long before they could register for kindergarten.

The empty seats at Barack H. Obama Elementary School, formerly known as Bangs Elementary, are a visible testimony to the success of the abortion policies America’s first black president proudly supports.  If the school’s namesake were invited to speak at a school assembly, thanks to the type of pro-abortion policy he promotes the guest of honor would find the auditorium filled with a small cluster of children and only hear a faint echo of clapping from somewhere in the last row.

African-American group L.E.A.R.N. (Life Education And Resource Network) claims, “Abortion has been the leading cause of death in the black community since 1973 (totaling 16 million), outstripping AIDS, violent crimes, accidents, cancer, and heart disease…while minority women constitute only 13 percent of the population, they comprise 36 percent of abortions.”

According to the Alan Guttmacher Institute, “Black women are more than 5 times as likely as white women to have an abortion…On average, 1,876 black babies are aborted every day in the United States.” In other words, if legalized murder was not such a booming business in states like New Jersey, the elementary school in Asbury Park might not have to be closed for business.

Based on Planned Parenthood’s plans to expand services nationwide, as well as services in New Jersey, Bangs/Barack Elementary, the presidentially proud institution of educational excellence, will certainly not be the last public school to go on permanent recess.

Governor Chris Christie, in a valiant attempt to keep New Jersey schools supplied with new students, eliminated $7.5 million in grants to Planned Parenthood clinics from the budget. Democrats, who control the New Jersey legislature, responded by passing a bill (A3273/S2393), which required “the state to spend $1.1 million to qualify for $9 million in federal funds that would subsidize family-planning services to more uninsured women.”  Christie vetoed the bill.

The result: Less money is now available to leave classrooms unoccupied in schools named after abortion advocates like Barack Obama.

Myra Campbell, the Obama supporter who led the effort to name the school after the President, at the time “was largely met with criticism in New Jersey with opponents saying [changing the school’s name] would not improve the grades of the approximately one thousand students who attended Bangs.”

Campbell was convinced: “The new name [would] send a subliminal message to the students. Every time they walk through the school doors, there’s going to be a certain amount of pride in where they go to school.”

Instead the school is closing, and when it does, the unintentional message is that the students emerging through those double doors are a but a small percentage of living, breathing survivors who, despite Planned Parenthood’s efforts, miraculously managed to escape being victims of an abortion policy the “Barack H. Obama” brand continues to endorse.