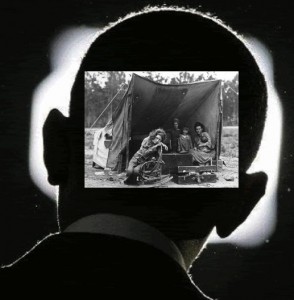 Combine class warfare, demonizing the rich, getting as many people onto the welfare rolls as possible, and pushing the economic system to collapse and you have a flawless formula for Cloward-Piven 2.0 — and a vehicle that ensures Obama remains in power.

Cloward-Piven is a much talked-about strategy proposed in the mid-1960’s by two Columbia University sociology professors named Richard Andrew Cloward and Frances Fox Piven.  The Cloward-Piven approach was sometimes referred to as the “crisis strategy,” which they believed were a means to “end poverty.”

The premise of the Cloward-Piven collective/anti-capitalist gospel decried “individual mobility and achievement,” celebrated organized labor, fostered the principle that “if each finally found himself in the same relative economic relationship to his fellows … all were infinitely better off.”

The duo taught that if you flooded the welfare rolls and bankrupted the cities and ultimately the nation, it would foster economic collapse, which would lead to political turmoil so severe that socialism would be accepted as a fix to an out-of-control set of circumstances.

The idea was that if people were starving and the only way to eat was to accept government cheese, rather than starve, the masses would agree to what they would otherwise reject.  In essence, for the socialist-minded, the Cloward-Piven strategy is a simple formula that makes perfect sense; the radical husband-and-wife team had Saul Alinsky as their muse, and they went on to teach his social action principles to a cadre of socialist-leaning community organizers, one of whom was Barack Obama.

As the debt crisis continues to worsen, President Obama stands idly by an inferno with his arms crossed, shaking his head, and doing nothing other than kinking the fire hose and closing the spigot.  Spectator Obama is complaining that the structure of the American economy is engulfed in flames while accusing the Congress, which is trying desperately to douse the fire, of doing nothing about the problem.

Although speculative, if the Cloward-Piven strategy is the basis of the left’s game plan, spearheaded by Alinsky devotee Barack Obama, it certainly explains the President’s inaction and detached attitude.

The greatest nation in the history of the world is teetering on the brink of a catastrophic economic crisis. America was pushed to this point by a rapidly-expanding national debt and a stressed-out entitlement system; in the center of this crisis is the President, who insists on expanding it even further, all in the name “fairness” and “social justice.”

As a default date nears and the President threatens seniors that there’s a chance they may not receive their Social Security checks, it has been revealed that the federal government disperses a stunning 80 million checks a month, which means that about a third of the US adult population could be receiving some sort of entitlement.

Since the 1960’s when Cloward-Piven presented a socialistic guideline to usher in the type of evenhandedness Obama lauds, America’s entitlement rolls have swelled from eight million to 80 million.  If the nation’s ability to disperse handouts were ever disrupted, it’s not hard to see how chaos would erupt should an angry army of millions demand what Cloward-Piven called “the right to income.”

Couple the threat of dried-up funds for food stamps, Social Security, unemployment benefits and the like with the Obama administration’s vigorous campaign to turn a tiny upper class of big earners into the enemy, and you have the Cloward-Piven recipe for anarchy and complete collapse.

If the worst happened, Saul Alinsky’s biggest fan, whose poll numbers continue to plummet, could use mayhem in the streets to remain firmly ensconced in the White House.  Alinsky taught his students a basic principle that community organizer Barack Obama learned well: “Never let a good crisis go to waste.” Fiscal disintegration coupled with lawlessness would deliver the type of Cloward-Piven/Saul Alinsky trifecta that progressives have worked toward and waited decades for.

Barack Obama has spent the last 1,000+ days defying reason and choosing policy directions that seem nonsensical to the rational mind: a failed stimulus package; ObamaCare; growing the deficit to astronomical proportions; and cynically portraying wealth as immoral. Now, when cuts are the only fix to a budgetary balloon about to burst, a seemingly illogical President digs in and demands additional phantom dollars to spend on a system that is collapsing under the weight of unmanageable debt.

It’s hard to figure out the method to the President’s obvious madness, because based on Obama’s approval rating, if the election were held today even Pee Wee Herman could replace Obama behind the Resolute Desk.  Maybe the “method” isn’t “mad” in the least!

Could it be that Barack Obama is purposely pressuring the system in a premeditated effort to foster a major crisis?   One that would demand extraordinary measures to control by a President who could then mete out basic sustenance to Americans who would agree to anything to regain some sense of normalcy.  And in the process successfully usher in the “socially just” system Barack Obama has dreamed of all his life.

While radical Alinsky/Cloward-Piven disciple Obama appears to be clueless and detached, it may be a ploy; he may actually be focused and engaged as he purposely pursues an Alinsky-inspired course of action to force the system to “live up” to its own rules.  Obama’s ultimate goal of once-and-for-all discrediting the capitalist system and replacing America’s foundational economic and social tenets with a broad-based socialist one headed by progressive Marxists like himself, is actually within reach.

As Obama pushes and prods the US economy and instigates social unrest, it could be that he believes a Cloward-Piven-style utopia resides just beyond the horizon — a progressive panacea where an election-free, classless society, thankful for a simple crust of bread, looks to Barack Obama to keep the peace by remaining in power indefinitely.

Therefore, unless all of America, regardless of class or political persuasion, pays attention to the potential for a bleak future that lies ahead and realizes the President’s non-plan could be itself an actual calculated plan, the resulting consequences will affect everyone, as Barack Obama transforms a once great nation into Cloward and Piven’s idea of paradise.