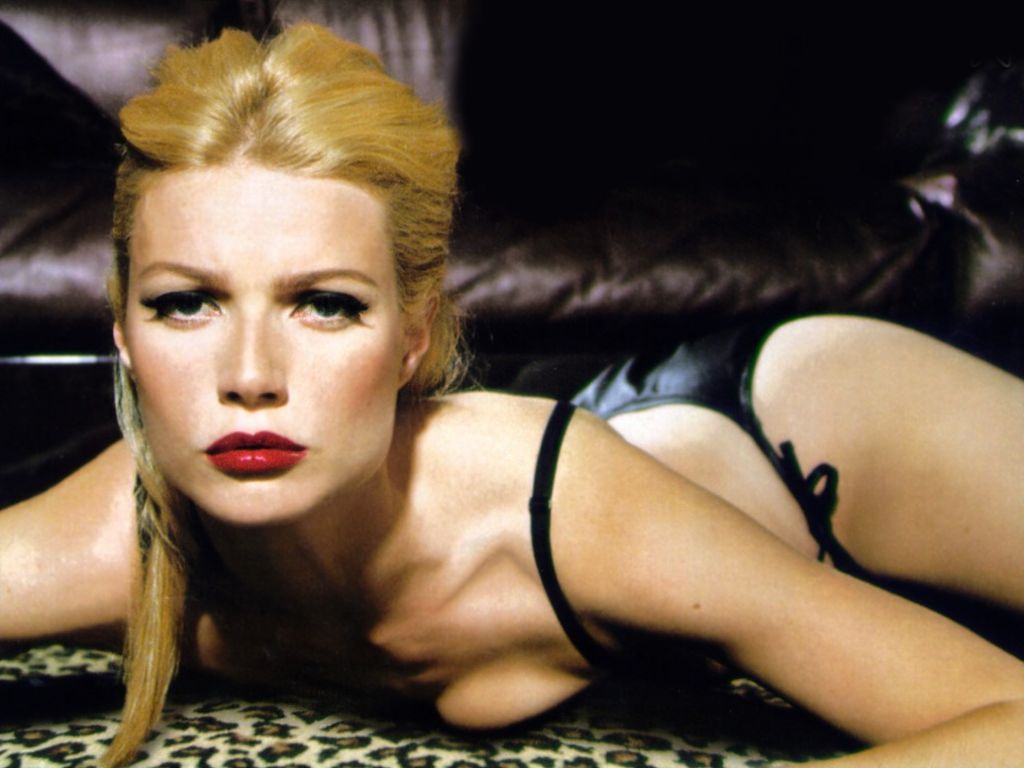 For a woman who claims to love the “simple life” and who swears she’s happiest when she’s cooking for her kids, lately Gwyneth Paltrow’s face and opinion are everywhere.  It seems as if Ms. Paltrow, aka Mrs. Chris Martin, hasn’t cooked very many chicken fingers for the kiddies lately, because every time you turn around she is either showcasing her eclectic talents, attending Barack Obama’s $34,000-per-plate fundraisers, or sharing her unsolicited philosophy from the left wing of every stage she happens upon.

Besides being the wife of a rock star and mother to an Apple and an actual Moses, the woman is a multitalented entertainer (at least both she and mother Blythe Danner think so). Gwyneth dances, plays guitar, and can both croon country and belt out pop.

After being featured singing on two episodes of Glee, Gwyneth will soon perish in Contagion. Upon request, Paltrow will demonstrate speaking in perfect King’s English, a talent she displayed at the tender age of 20 when she portrayed Viola de Lesseps in Shakespeare in Love.  Right out of the ingénue gate, young Gwynie with the fake British accent won an Academy Award and was promptly crowned the muse of Miramax’s Harvey Weinstein.

As if that wasn’t enough, nouveau Londoner Mrs. Martin chopped and sautéed her way across Italy with famous pony-tailed clog-wearing chef Mario Batali.  The late Bruce Paltrow’s little girl then wrote a Daddy-and-Me cookbook entitled My Father’s Daughter, and did so while hosting a website called Goop.com, where she subjects fans to her thoughts on everything from la fromagerie to post partum depression to how lucky her daughter Apple’s classmate is to have two mommies.

The woman is a virtual plethora of firsthand information, talent, experience, and insight. Had she only been born a couple of decades earlier, without a doubt Gwyneth Paltrow would have been the first to spin plates on The Ed Sullivan Show.

If it’s hot, Paltrow can be found it the thick of it, which must be why self-enamored Gwyneth decided that rather than opine on post-holiday detox menus, it was high time to enlighten the world by subjecting everyone to a full dose of her own brand of open-minded militant liberalism.

For instance, when it comes to sexuality, it’s not surprising that she’s a big fan of relaxed Biblical interpretations, thus Gwyneth Paltrow has a very “relaxed view on adultery.” Although married to a man she describes as “very nice,” Mrs. Martin effervesces when she says she “respects, admires and looks up to” role models who cheat, lie, sneak, and deceive.  Recently, Gwyneth shared her blasé philosophy on deceitfulness with less condemnation than she does when lecturing on the negative effects of sugar consumption.

Fancying herself a “great romantic,” Gwyneth Kate, the star of Two Lovers, said “I also think you can be a romantic and a realist.”  Maybe Gwyneth can add a section to Goop called “Romance,” where she can insert a subcategory wherein she outlines the dreamy aspects that accompany the realities associated with broken families, heartbreak, infidelity, rejection, and betrayal.

At least when it comes to homosexuality, Goop girl Gwyneth shies away from “judgment and separation,” and manages to also justify acceptance of adultery by saying, “Life is complicated and long and I know people that I respect and admire and look up to who have had extra-marital affairs.”

So, in response to life’s difficulties, people complicate matters even more by adding the noble qualities of disloyalty, anguish, brokenness, and crushing despair.  Moreover, life is long, and along life’s journey the chance to make matters worse arises every time an actress is in a movie like Sylvia and, for the sake of artistic expression, decides to get naked and roll around with a handsome actor like Daniel Craig.

Shocking? Before getting all apoplectic, let’s put Gwyneth Paltrow’s view on life in context by remembering that Mr. and Mrs. Martin, mother and father to little Apple, flew by helicopter into the Big Apple and voluntarily paid a couple’s fee of $71,600 to attend a Barack Obama fundraiser.

Barack Obama supporter Gwyneth believes: “It’s like we’re flawed. We’re human beings and sometimes you make choices that other people are going to judge,” and she was willing to pay almost $100,000 for a dinner at Harvey Weinstein’s place to prove it.

Judging a flawed, human, poor choice-making Obama is one thing.  However, not saying adultery is wrong appears to give non-judgmental Gwyneth a reason to judge those who frown upon extra-marital affairs.  Gwyneth believes that judging between right and wrong is wrong, and if a person does it, “That’s their problem.”  Gwyneth says, “I really think that the more I live my life the more I learn not to judge people for what they do.”

Granted, people make mistakes and we shouldn’t judge people, but the fruits of adultery are certainly judge worthy. And while forgiveness is admirable, condemnation of the hurtful choices that destroy lives is something Gwyneth should mention, especially if she considers herself an authority on everything from cooking to morals.

On second thought, rather than imposing her liberal worldview, Mrs. Gwyneth Martin, nee Paltrow, should stop trying to fill Jane Fonda’s orthopedic shoes by playing part time philosopher and simply stick to what she does best, which is to ‘act’ like she knows how much cilantro goes into Baja Style Shrimp Tacos.