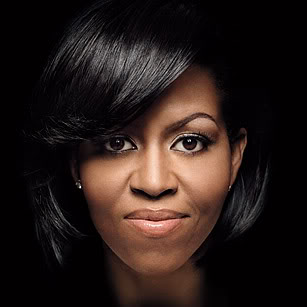 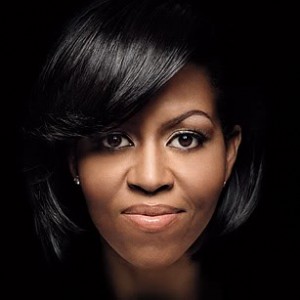 The way Mrs. Obama flings around orders, the title of “First Lady” should be changed to Commander-in-Chieftess.  Remember when “Big Thriver” Michelle Obama reminded the nation that, unlike herself, most Americans don’t want the “whole pie” because whether they know it or not, “most…feel blessed just being able to thrive a little bit?”

Appealing to that “thrive a little bit” constituency, recently the campaign came up with the innovative idea to hawk raffle tickets, at $5 a pop, to groupies who would love to spend an evening breaking bread with Barry.

Adorned in $42,000 Katie Davis diamond-encrusted wristlets, the first lady – taking time off from her chosen vocation of life coaching – has been recruited to give advice via email on how to raise a billion dollars in campaign funds for her husband’s bid for re-election.

With the contest deadline just ahead, Michelle voluntarily injected herself into the dinner-raffle excitement.  The first lady offered relaxation pointers and conversation tips to potential dinner-with-Barack winners and guiding people on what they should eat, with whom, and what to do and say while eating.

To ensure she has another four years of flying on AF1 and going on luxury vacations, Mrs. Obama took to her computer and did what she does best – shot off an email containing Michelle-to-prospective-raffle-winner directives such as: If you win the contest with Barack, don’t get nervous.

The first lady must feel that “Not everyone knows how to prepare for a dinner like this.” Luckily, preparation for the event does not include nerve-racking arrangements such as having Naeem Kahn design a one-of-a-kind evening gown or anything like that. However, preparation is still important, especially for small-piece-of-the-pie people who, if they win, will have to rush in record time from the unemployment office to the White House in order to collect on their prize.

One way the first lady is hyping the occasion is as a “chance for [Obama] to talk with a few of the people who are driving the campaign — and a chance for him to [possibly] say thank you,” for things other than getting him out of the house without a food monitor for an evening. Mrs. Obama contends, “These dinners mean a lot to Barack,” but the truth is, deep down inside she probably knows that dining out gives the President a rare opportunity to indulge in menu choices that don’t include organic cauliflower soup and dried kelp.

Michelle is assuring potential winners that there’s no reason to be uptight or anxious because “Barack wants this dinner to be fun, and he really loves getting to know supporters like you.” Since it seems as if most of the President’s acquaintances are old cronies from Chicago, a fundraising dinner raffle is a perfect opportunity for him to meet and get to know new friends. However, with all due respect, someone should inform Mrs. Obama that while it’s true that hubby is many things to many people, fun just isn’t one of them.

One supporter who probably found the first lady’s email in his inbox is Adnan Aasadi.  In 2008, Adnan contributed “repeatedly” to Obama’s campaign; now he says he will not “give the president — or anyone else — any more money.” The astute Mr. Aasadi rightly observed, “Now I am seeing [Obama] as just an opportunistic politician.”

That sort of attitude, if pervasive, indicates that no matter how many times Michelle urges potential donors to meet raffle deadlines, with Obama’s fundraising falling off 35% for the second quarter it’s clear that few people think dinner with the President is worth wasting the price of a gallon and a half of gas. That is, unless Michelle refuses to take ‘no’ for an answer and insists that potential contestants purchase the discount version of the raffle tickets, recently lowered from $5 to a bargain-basement price of $3.

Ending the email on her husband’s behalf, Mrs. Obama concluded by doing what she does best:  issuing an edict by telling the would-be winners whom she had just acknowledged a few paragraphs prior didn’t “know how to prepare,” to “come prepared,” and when they get there to do as she says and “say whatever’s on [their] mind.”

Despite Michelle’s original “intention … to open up the White House again in a spirit of diversity and inclusion” and welcome in the common folk, at the moment the only thing opened up is a bunch of unused rolls of $5 raffle tickets destined to be kindling in the White House’s 28 fireplaces.

Nevertheless, at the rate the lower-priced tickets are dropping in value, and if Barack’s personal phone calls begging for $3 don’t correct the downward trend, next month the same tickets could be marked down to a dollar. Then, if the one-dollar tickets still don’t move off the roll fast enough, shod in her $540 sneakers the Commander-in-Chieftess can always save face for an increasingly unpopular husband by forcing dinner-with-Barack tickets on Miriam’s Kitchen food pantry patrons, giving them the chance to endure dinner with the President whether they want to or not.