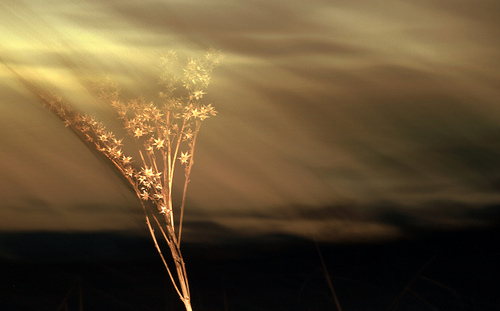 “Sic transit gloria mundi” is a Latin phrase that means “Thus passes the glory of the world.” The Bible says it best: “For, ‘All men are like grass, and all their glory is like the flowers of the field; the grass withers and the flowers fall.'”

It was just a few short years ago that Barack Obama sat high atop the pinnacle of celebrity; now, if monthly style and culture magazine GQ (Gentlemen’s Quarterly) is any indication of where in the “passing glory” trajectory Obama is presently situated, Barack’s flower of fame is in the process of dropping its petals and destined for a shelf somewhere, pressed between the pages of a dusty history book.

Since making his first appearance on the political stage, Obama has graced the cover of GQ on more than one occasion, and in less than four years has been voted “Leader of the Year” twice. That was quite an accomplishment, especially for a man who, at the time, had done pretty much next to nothing.

In the superficial world in which we live, the withered grass and faded flower of fleeting popularity is watered and fertilized with hype, stylish appearance, media influence, and left-leaning political persuasion, all of which Barack Obama possesses in abundant excess.

According to Gentlemen’s Quarterly, in 2007 superstar politician Barack Obama “ruled.” The President led the “Men of the Year” for the accomplishment of getting elected in 2008. For the 2009 edition, after America’s transformative president was crowned GQ “Leader of the Year,” an uncomfortable close-up of his face graced the quarterly’s cover, and not surprisingly Obama was later seen clutching the issue under his arm.

It’s been a big year for our new president. He is juggling, mightily, two wars; he staved off the second Great Depression; he fielded rage from tea baggers; and he is working to accomplish what very few have — real health care reform. And that’s just the short list.

One short year later, Barack Obama, a man GQ lauded as being responsible for “usher[ing] in massive transformation, both domestically and to our standing around the world,” has been relegated to GQ’s roster of the year’s (whoa) “Least Influential People Alive.”

Allegedly when the list is posted online, the President will occupy the number 25 slot on GQ’s “25 Least Influential People Alive” list, which is somewhat encouraging, because least of the least Governor Tim Pawlenty came in at number one.

In 2009, Nobel Peace Prize winner/Leader of the Free World Barack Obama began his foray into the Hall of Influential Fame when it was revealed that, by his very existence, he had moved the international peace process forward.

Since then, few would argue that President Obama’s presence in Washington DC has resulted in a whole slew of extraordinary circumstances. If influence is defined as ” the capacity or power of persons or things to be a compelling force  on or produce effects on the actions, behavior, opinions, etc., of others,” then GQ’s ‘least influential’ standards obviously don’t take into account the power of negative influence.

Think of it — in three short years, this historic president has: influenced America’s unemployment rate, which presently hovers around 9%; contributed to the racial divide, which is now wider than ever; fostered class warfare, which is presently ‘occupying’ the nation’s streets; established lax national security standards; grown poverty; ignored a porous border; sued a couple of states; continued to push entitlement programs; and contributed to the national debt, which has ballooned out of control.

With the long list of liberal accomplishments Obama keeps accruing, for GQ to suggest that the President lacks influence is outrageous.

There’s got to be more to a liberal publication crowning Barack Obama one of the “least influential” people on the planet. It may very well be that while the President remains a dominant force, he may also be falling victim to the fickle nature of the world’s worship.

Either way, Barack Obama has proven he will not be deterred by popular opinion — not GQ’s or anyone else’s.  As one of America’s most influential presidents, if Barack Obama gets his way the influence he plans to wield has only just begun. In the end, at the rate he’s going, Obama’s boldest achievement may turn out to be singlehandedly transforming the greatest nation in the world into a vast wasteland of wilted grass, faded flowers and past glory.