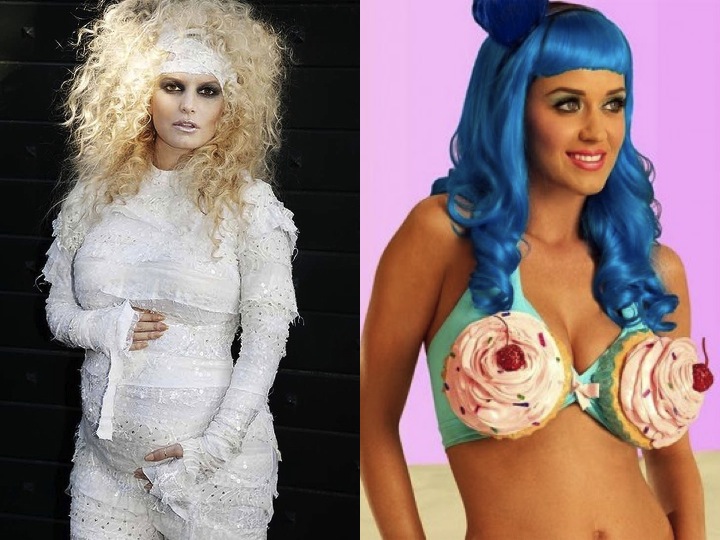 In preface to this critique, it’s important to say that there is no such thing as a perfect Christian; Jesus Christ, the God Christians follow, was the only perfect human being, which is why true Christians believe faith should be placed in Him alone.

With that said, it was after the Jesus Movement of the ’60s and ’70s, during the 1980’s that many non-denominational churches sprouted up all over America, some of them overseen by self-appointed pastors and leaders who were unaccountable to anyone but themselves. As a result, in the Christian community, young adults, desirous to serve God, were drawn into congregations with showbiz-style charismatic leaders who exploited the enthusiasm and commitment of individuals who, at that time, were too immature to differentiate the counterfeit from the divine.

Kids “raised” in many of these churches responded harshly to hype and unbiblical legalism and emerged from the experience tattooed, smoking, drinking, and toting around babies born out of wedlock. Lost between redemption and confusion were grossly cynical parents who realized they wasted precious years serving man and not God and a generation of kids who sang with Psalty, then grew up eager to partake of forbidden fruit.

Similar scenarios were common in churches across America and could explain the disturbing phenomenon presently on display where the worldly success Christian pop stars achieve is often accompanied by a public fall from grace. Two of the most obvious examples of church kid tragedy include the sorry lives of Jessica and Ashlee Simpson and train-wreck-waiting-to-happen Katy Perry.

In Jessica and Ashlee Simpson’s case, they are the daughters of a former minister-turned-showbiz-pimp named Joe Simpson. Mr. Simpson began as a youth pastor at Heights Baptist Church in Richardson, Texas and, if one were to guess, probably aspired to heights at “Heights” higher than the youth ministry.

It’s probable some kind of disappointment caused Joe to drop the Bible, change from preacher to manager, and work toward elevating his singing daughter from the choir to reality TV. Problem is, ever since Joe made Jessica’s stardom his religion, nothing but disaster has followed the girl. Jessica ’s foray into the world of Hollywood notoriety may have made her a superstar/business mogul, but with success has come irreparable pain and humiliation.

Jessica Simpson’s climb to fame began when she revealed herself to be a bubble-headed ditz after mistaking tuna fish for chicken and ended soon after when she divorced wholesome, nice guy Nick Lachey. The star-studded Simpson divorce list also includes another failed marriage for younger sister/pop star Ashlee, whose marriage to Pete Wentz produced one son named Bronx Mowgli.

After her divorce from Lachey, Jessica Simpson’s romantic life read like a who’s who of unattached men.  The list included such notables as: Maroon Five’s Adam Levine, comedian Dane Cook, and blabbermouth pop star John Mayer, who described Jessica this way: “That girl was like crack cocaine to me… Sexually, it was crazy. That’s all I’ll say. It was like napalm, sexual napalm.”

And let’s not forget Jessica’s breakout movie role in which she soaped up a Dodge Charger dressed in a pink bikini, as Daisy Duke in butt-exposing hot pants in the remake of “The Dukes of Hazzard.”

So while church life and church people are imperfect, the answer was certainly not for Joe Simpson to replace the flawed outworking of Christianity with dysfunction, promiscuity, divorce, and public ridicule which, in Jessica and Ashlee’s case, came disguised as fame and fortune. One can’t help but wonder: if and when Pastor Joe contemplates the cost of celebrity, is he proud?  Has it been worth it?

Unlike Joe Simpson, Katheryn Elizabeth Hudson’s father Keith would probably prefer that his pop-icon daughter not profit by gaining the world and losing her soul. However, hugely successful for all the wrong reasons and based on some of her blasphemous comments, outspoken jester Katy might disagree.

Cartoon Katy is indeed the consummate reactionary Christian school and camp/singing in church/no-TV-or-dancing kid. Katy rebelled by remaking herself into a gay activist/slutty pinup girl.  She sings songs like “Ur So Gay,” married ex-heroin and sex addict/comedian/Hare Krishna/80-women-a-month Russell Brand, and filed for divorce after just one year.

In her Rolling Stone magazine interview entitled “Sex, God & Katy Perry: The Hard Road and Hot Times of a Fallen Angel,” Katheryn Hudson said, “When I was a kid, I asked questions about my faith. Now I’m asking questions about the world.”

Hopefully, when the applause of the world Katy Perry is asking questions about stops – which it will – the klieg lights cease to reflect off her electric blue wig, and the cupcake bra is hung out to dry, Ms. Katy will stop singing “I Kissed a Girl” long enough to embrace the essence of truth she was raised to accept but thus far chooses to reject.

And rather than becoming another casualty of an imperfect church filled with imperfect people, perhaps Katheryn will one day have an opportunity to teach Pastor Joe Simpson a thing or two about grace, redemption, and what the God he purported to once believe in considers the true measure of success.