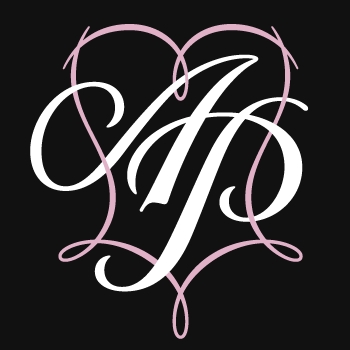 If the rumors are true — and despite “angry denials” by the White House, it’s finally public knowledge — then when hanging around the presidential living quarters, Michelle Obama does not wear ripped sweatpants and an old “Yes We Can” Obama 2008 T-shirt.  Recently, we’ve come to find out that last year, while hubby was out preaching the gospel of fairness, wifey may have been busy acquiring a few “must-have” items from Hollywood-style British retail lingerie shop Agent Provocateur.

Ironically, a provocateur is someone who “provokes trouble, causes dissension or the like; an agitator.”  Whether the fancy underwear story is true or not, either way, Mrs. Obama is indeed an agent provocateur.  And, based on her continued dedication to extravagant self-indulgence, spending oodles of dollars on thongs doesn’t seem far-fetched.

Let’s remember: Michelle Obama pays absolutely no mind to public indignation over things like wearing a $2,000 sundress to church.  Now we find out that the first lady may have filled a van with $600 corsets at a high-end Madison Avenue girdle shop.

Continued insensitivity toward the plight of struggling Americans certainly does “cause dissension,” and as the economic condition of most Americans continues to worsen, Mrs. Obama’s opulent lifestyle is certain to cultivate further hostility.

When asked about his clients, Agent Provocateur’s chief executive Gary Hogarth refused to reveal whose names were on the “secret list.”  However, he did admit that the brand had “attracted a high number of ‘unexpected famous names’ — especially in the US, where sales have overtaken the UK.”  If U.S. sales have surpassed the U.K.’s, could it be because one very famous woman traded in bunny slippers for some size 11 Pom Pom Mules?

No one knows for sure what Agent Michelle the Provocateur hauled away in those pink and black shopping bags, or if she actually did shop there.  But what we do know is that Mrs. Obama would have zero problem brazenly shutting down a street in New York City; she did it before for date night, and if in need of shopping therapy in a sexy skivvy shop, she’d likely do it again.

Despite White House denials, it could be that at one point Michelle did shop at the Madison Avenue boutique, and if she did, reports are that she allegedly rang up a $50K tab.  Besides buying push-up bras, $50,000 could feed and house the family of at least one disenfranchised worker to whom Barack Obama promised a job but has yet to deliver, not to mention pay for a four-year college education for a disadvantaged child.

At the State of the Union address, the president rallied the nation by saying that America will “either [be] a country where a shrinking number of people do really well while a growing number of Americans barely get by, or we can restore an economy where everyone gets a fair shot, and everyone does their fair share, and everyone plays by the same set of rules.”

Then, less than a week after Obama spoke those moving words, the British press reported that Mrs. Obama, the woman who brightened up the SOTU address in a $2,000 shimmering peacock-blue Barbara Tfank dress, “[a]long with the Queen of Qatar, Sheikha Mozah,” played by her own rules, descended on “Madison Avenue, and spent some girlfriend time slapping big bucks on the counter of a lingerie shop.”

And what exactly would Mrs. Obama buy if she did actually shop there?  Well…Agent Provocateur is kind of a ritzy Frederick’s of Hollywood.  Agent Provocateur creative director Sarah Shotton said she draws inspiration from her “collection of vintage Playboy magazines that made her ‘want to re-introduce the sensuality and flirtation of the 70s into our campaigns.'”

Could be that Mrs. Obama isn’t a provocateur at all, and if she actually did go on a secret shopping trip, perhaps she simply wanted to introduce the “sensuality and flirtation of the 70s” into the White House.  Her ultimate goal may have merely been to whip into playful submission a president who is turning out to be even worse than 1970s icon Jimmy Carter.

Nonetheless, reminiscent of “vintage Hollywood glamour,” Agent Provocateur also sells “handmade Calais lace corsets … for up to £900.”  In U.S. currency, that comes out to be about $1,400, which, if Michelle actually bought one, could and should “ruffle the feathers of more than just President Obama in an election year.”

At $1,400 a pop, it’s not hard to see how the queen of Qatar and the queen of — sorry, the first lady of the United States in one day could have significantly “contributed to a market-spanking 12.5% lift in [Agent Provocateur] sales.”

According to Mr. Hogarth, “[t]his is a real luxury brand. The glamour of the Agent Provocateur brand is really powerful — it has a luxurious quality that means people have a sense of walking away with a special purchase even when they are buying a pair of knickers.”  On this side of the pond, “knickers” are just underwear — a much-needed essential even for a provocative first lady.  So, if the Agent Provocateur story turns out to be true, stocking up on underpants totally justifies Michelle Obama closing off Madison Avenue and frittering away $50K in an afternoon.