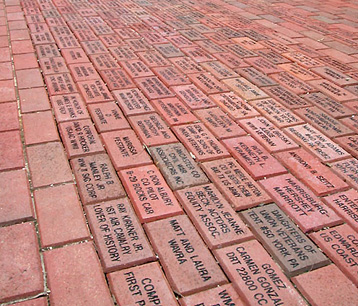 Republicans are calling it the Buffett Rule Act, but they should have called it the Call-the-Liberals’-Bluff Act.  Democrats and Republicans in the House agreed that wealthy Americans who want to voluntarily pay more taxes to reduce the deficit can “check a box on their taxes and send in a check for more than they owe the IRS.”

Billionaire Obama supporter Warren Buffett was the inspiration for the Buffett Rule tax the Democrats, led by Obama, proposed based on Warren’s statement that he shouldn’t pay a lower tax rate on his gazillions of investment dollars than his secretary Debbie Bosanek, who earns over a quarter-million dollars a year.

According to Forbes magazine, Ms. Bosanek “served as a stage prop for President Obama’s State of the Union speech. She was the president’s chief display of the alleged unfairness of our tax system – a little person paying a higher tax rate than her billionaire boss.”

The President should have spared Debbie the 15 minutes of fame and paid his own secretary, Anita Decker Breckenridge, overtime to attend the State of the Union.  After all, Anita makes $95,000 a year, and like Debbie Bosanek, she also paid a higher tax rate than her famous tax-fairness-obsessed boss.

It was Barack Obama who pushed the “Buffett Rule.”  The goal was to force millionaires to pay at least 30% of their income in taxes.

What the President forgot to mention was that Mr. Buffett’s “investments are taxed at a lower rate than salary or wage income under the theory that they are spurring economic growth, so wealthy investors usually pay less as a percentage, though they end up paying far more in real dollar terms,” which for Democrats is a minor detail.

In response, Republicans led by Steve Scalise (R-LA) crafted the Buffett Rule Act because he and his colleagues felt that the tax code didn’t need to change and that what was needed instead was an efficient vehicle for those desiring to annually contribute more to the government.

Few would argue – especially eager-to-give liberals – that Congressman Scalise came up with a splendid idea:

If Warren Buffett and others like him truly feel they’re not paying enough in taxes, they can use the Buffett Rule Act to put their money where their mouth is and voluntarily send in more to pay down the national debt, rather than changing the entire tax code to inflict more job-killing tax hikes on hard-working Americans.

Scalise’s Buffett Rule Act, which simplifies the process for those willing to pay 50, 60, or even 95% of their income, is perfect for someone like President Obama, who keeps reminding struggling Americans about how well he’s doing and often says he doesn’t need a tax break.  So he can lead the way by giving above and beyond his fair share.

The bill presents endless possibilities for pandering liberals. This may be the opportunity the left has been waiting for.  Just think of all the wealthy Obama supporters who contributed $40K-a-plate to attend Obama 2012 fundraisers.  If he wins the election, to pay down the deficit he ran up, next year power couples like Gwyneth Paltrow and Chris Martin can send in the $35,800 each that they spent to attend a campaign fundraiser this year.

Millionaire politicians like Nancy Pelosi could do things like forego a couple of sets of Tahitian pearls for the greater good.

George Clooney, Cameron Diaz, Sarah Jessica Parker, border security expert/Obama campaign co-chair Eva Longoria, Vogue matriarch Anna Wintour, ‘Jay and Bey,’ Steven Spielberg, Jeffrey Katzenberg, and all the rest of the President’s Hollywood friends can voluntarily forfeit their salaries for awhile and instead of buying a chateau in France, they can check the extra money box on the tax form and send the loot to Washington DC.

The Buffett Rule Act could even inspire a nationwide Buy-A-Brick-for-Barry program where, in honor of Buffett-Rule Barack, Bill Gates, actors like Matt Damon and Will Smith, and horror author Stephen King can buy a brick with the money they’ve been so eager to hand over to the government for years.  Either that, or Tom Hanks and Kanye West can host a Stand Up for Government telethon or perhaps a Live Aid for Bureaucracy benefit concert.

In the meantime, despite the opportunity to act instead of talk, considering the paltry amount of charitable giving liberals are notorious for – like cheapskate Joe Biden’s $369 per year – it’s highly unlikely that any time soon ‘pay down the deficit’ money will come rolling in from the left.