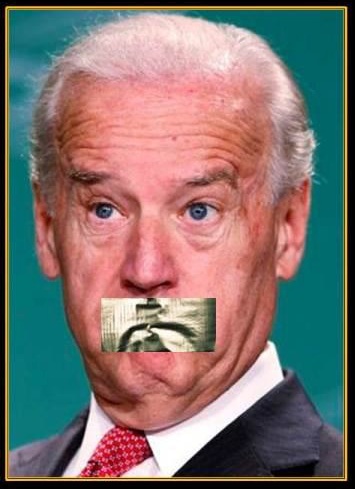 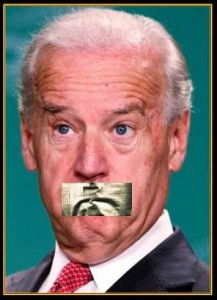 The reason Joe Robinette Biden is sort of endearing is because whenever he tries too hard to relate to the little people, he always tells the unvarnished truth. One Biden supporter, described Joe Biden this way “He’s honest, he’s forthright and he says what’s on his mind.”  That’s for sure.

It was at a rally in Charlotte, North Carolina where Joe Biden warned voters that if elected, out-of-touch Mitt Richie Rich Romney would raise taxes on the middle class.  Biden’s reference to tax cuts for the rich drew jeers from the crowd, but in classic Joe Biden style, the Vice President told the hecklers to “stop all the malarkey.”

Then “deadly earnest” Joe explained how higher taxes would be devastating for the middle class after being “buried” for four years under Barack Obama’s economy.

The logic behind that astonishing statement goes something like this:  Obama has “buried” the middle class for four years. So, vote for Barack Obama a second time because being “buried” for eight years is a whole lot better than fixing the economy and putting America back to work.

Even if it were true that Romney planned to raise taxes, which it is not, after being buried by Mount Vesuvius it’s highly unlikely the citizens of Pompeii would grumble about a tax hike.

Therefore, a better question for Joe to have had asked would have been:  “Hey man, the largest tax increase in history is about to knock out what’s left of the middle-class, why in ‘Lord’s name’ was I sent out here to criticize Mitt Romney?”

Vice President Biden made a stunning admission today and we couldn’t agree more: the middle class has been ‘buried’ under the last four years of this President’s policies. Under President Obama, the middle class has suffered from crushing unemployment, rising prices and falling incomes. They can’t afford to be ‘buried’ for four more years.

In response, a Biden spokesperson was immediately sent out to translate JoeSpeak into English.  The aide explained that what the Vice President was really trying to convey was that regular Americans suffered because of – you guessed it – President George W. Bush’s failed economic policies.

Yet, despite another in a long list of gaffes, there is one redeeming factor for Joe in all of this — a “queasy stomach.” Biden’s plane aborted an attempted landing in North Carolina and nausea may turn out to be the perfect excuse for Mr. Biden’s forthright rectitude.

In the end, what Gotta’ Love Him Joe apparently didn’t realize was that his “the middle class has been buried the last four years” comment provided priceless debate ammunition for Romney.  Therefore, if Obama chooses to relegate “deadly earnest” Biden to a long overdue timeout, maybe Republicans can convince Joe to spend that down time starring in an upcoming Romney/Ryan campaign ad.