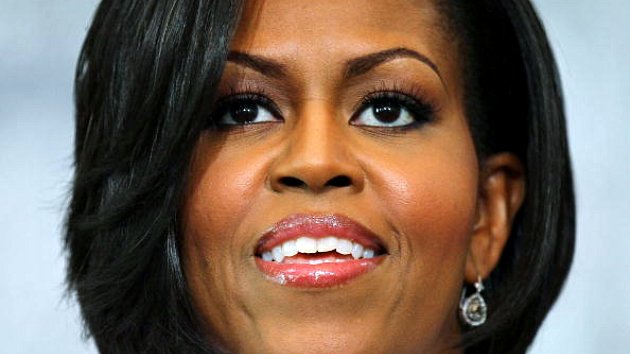 One would think that after November 6th Mrs. Obama would lay off the ‘Down with the Struggle’ nonsense.  For a couple of weeks, the first lady dropped off the radar, which was a bit odd, but after Thanksgiving she reemerged refreshed and ready to assist her husband with his ongoing post-election tax-the-rich campaign blitz.

On December 13th Michelle dialed up blackamericaweb’s Tom Joyner Morning Show. The most disturbing thing about the conversation that ensued was hearing the first lady of the United States participate in Joyner’s segregated “our people” talk.

In response to Tom expressing how he thought blacks wouldn’t show up to vote and his subsequent relief that they did, sounding a bit like Angela Davis Michelle Obama said “It’s becoming a habit.  Justice and rights – people like having the right to vote.  Folks in our community, we like being a part of this process.”

Tom then made the bizarre accusation that “it seemed the more people vote, the more people were telling us not to vote.”  Who? Where? Sybil Wilkes, the Tom Joyner version of Howard Stern’s Robin Quivers, chimed in and said, “Or how to prevent us from voting.”

Joyner suggested that the people telling “us” not to vote, or trying to prevent “us” from voting, got “us” more “fired up – and we did the darn thing.” It’s not entirely clear, but the words “us” and “did the darn thing” may be referring to the reelection of Barack Obama. Mrs. Obama, not identifying who exactly was doing the messin’, agreed with Joyner when she said, “Yeah, don’t mess with our right to vote. Don’t do it.”

While it’s doubtful Michelle appreciates it when her husband’s political adversaries keep “people focused” by exhibiting “the tenacity [and] the everyday focus on issues, [by] calling stuff out [and] making it funny but still …on point,” she certainly appreciates those attributes in Obama’s political allies.

The first lady thanked the Joyner crew for its humor and its – “you know.”  She also acknowledged the radio program for faithfully addressing what’s “going on in the world on so many different levels.”  Like Sinbad in Harlem and Black Don’t Crack – Stars Turning 60 in 2013.

Bubbling over with heartfelt appreciation, Michelle also issued a friendly exhortation for the future by explaining that “the battles are not over… we cannot do what we did in 2008, which is vote and then go”…on vacation…oops, I mean…”back to sleep – because the real work is coming up.”

According to Mrs. Obama people need to stay focused, “because it’s easy to get confused in all the back and forth that goes on.” Regrettably, it sounds like Michelle was implying that the people who ‘made it happen’ for Barack lack focus and tend toward confusion.

Broaching the subjects of the fiscal cliff, education, the environment, and comprehensive immigration reform, Michelle Obama emphasized that “All of that has to happen… four years is not a lot of time… we’ve got two strong years where we’ve got to get a lot done.

America’s first lady reminded listeners that time is of the essence because if her husband’s leftist progressive policies are not rammed through in the next two years, after the 2014 election Congress and the Senate could thwart the ramming.

Mrs. Obama also explained that the 24-month offensive is necessary because getting things done is difficult.  Why? Because according to the FLOTUS, in Washington DC there’s a “whole lot of not-truth-telling that happens, if you know what I mean.”

As a matter of fact, yes, Michelle, there are many of us that know exactly what you mean when you say there is “a whole lot of not-truth-telling” going on.  The difference is that we believe most of the “not-truth-telling” comes out of the mouth of someone you’re intimately acquainted with, if you know what we mean?

Hip-hop Michelle thanked all those who she said “stepped up,” but not before the woman who knows a thing or two about belts warned: “So we have a solid victory under our belt, but we are nowhere near finished” – emphasis on the “nowhere near finished.”

Mrs. Obama didn’t disappoint.  The first lady stirred up the African-American Joyner audience by bringing up conflict-ridden issues such as rich-versus-poor class warfare and negative advertising directed toward her always-the-victim husband.  And, without offering one shred of proof, Michelle proceeded to accuse those on the right of voter suppression, which she claimed without evidence “was in full force in so many states all over this country.”

After indicting her husband’s political adversaries for mendacious conduct as well as voter suppression during the radio interview, one of things the first lady forgot to mention was that it is alleged that unions registered undocumented immigrants to vote.

Mrs. Obama conveniently failed to also cite things like Democrats attempting to impact elections by insisting that showing identification before voting is discriminatory; allegations that for a small fee illegal day workers were coaxed into voting; Obama supporters casting multiple votes; illegal campaign contributions adding beaucoup dollars to hubby’s war chest; and ballots failing to make it to military personnel on time, and if they did, never being counted.

However, in fairness to the first lady, on-air radio time pressure issues may explain why while flinging around accusations she ignored the fact that the New Black Panthers revisited Philadelphia on Election Day – “if you know what I mean?”

Finally, before signing off the Tom Joyner Morning show, the first lady did manage to reinforce the idea that the “folks in [her] community” do know “what the country should look like.” In addition, on their behalf, she also advanced the cause of “fairness and opportunity.” However, to assure Obama supporters that they did the right thing when they “did the darn thing,” Michelle Obama creatively incorporated a “whole lot of not-truth-telling” of her own – “if you know what I mean?”

Audio link to the interview