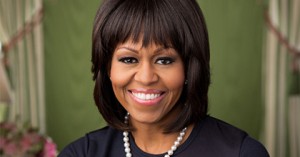 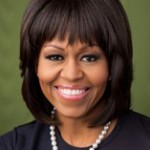 Far be it from me to cast aspersions on anyone’s girth, but I find it ridiculous to credit the first lady for “reversing the childhood obesity trend,” when it’s clear that in the four years she’s been in the White House, let’s just say Michelle’s posterior has trended outward.

After thanking God for flared skirts, the White House released a second-term portrait of Michelle photographed from the waist up, bangs and all, doing her best impersonation of one of Barack Obama’s most devoted activist starlets, Kerry Washington.  On the same day, the Office of the First Lady also issued a press release claiming that Michelle “fried fat cakes/ancho-chili short ribs” Obama’s Let’s Move! initiative is responsible for reversing a 30-year trend of childhood obesity in the same time it took Jesus Christ to fulfill His earthly ministry – three short years.

Read the rest of the article at The Blacksphere.net