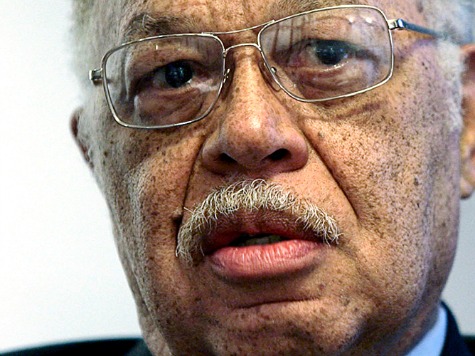 Until the right-to-choose community fell victim to what the late late-term abortionist George Tiller called “sloppy medicine,” all was well in pro-choice America.  Then, Dr. Kermit Gosnell, proprietor and chief abortionist at the Women’s Medical Society, got busted and is now eligible for the death penalty after allegedly killing 41-year-old patient Karnamaya Mongar and murdering seven babies born alive in botched abortions.

Countless Americans falsely believe that disposing of a pre-born infant is more about women’s life choices than tiny crumpled corpses filling red biohazard bags.  Therefore, without much resistance, every day in America, 3,500 babies are aborted, discarded, and promptly carted off to the crematorium.  Now, much to the dismay of liberals, Gosnell’s murder trial is providing an up-close guided tour of a “baby charnel house” and in the process is exposing those in denial to the harsh reality that, regardless of gestational status, abortion means that babies die excruciating deaths.

It also means that, contrary to what Nancy Pelosi says, women in the throes of exercising the sacred right to choose occasionally muck up the works by dying on the floor.

Thus far, Gosnell’s wretched clinic, with its filthy speculums, jars filled with severed baby feet, and photos of female genitalia, has had a hard time piquing the interest of major news outlets.  After all, racy, sexy murderess Jodi Arias is much more intriguing than some twisted biracial abortionist carrying out Margaret Sanger’s eugenic ministry on vulnerable people of color.  Isn’t she?

But despite the left trying to suppress it, hard truth is seeping into the public consciousness and revealing that the process of abortion is indeed what the late “Tiller the Killer” called “sloppy medicine.”  Therefore, in response to public outcry, the media is being forced to feign shock over Gosnell’s flea-infested abattoir, which was home to stray felines that skulked about as women and babies lay dying on blood-stained examining tables covered with cat hair.

In addition to the deplorable conditions of the clinic, the Gosnell trial has also addressed the topic of sedation and cervical dilation, as well as vomit, urine, rivers of blood, and the proper disposal of infant cadavers — all of which, even in sterile settings, is ghastly.  The truth is that whether the public wants to face it or not, what went on at 3801 Lancaster Avenue in West Philly is akin to the federally funded feticide that is supported by a proud pro-choice president and approved of by his equally proud pro-choice constituency.

Yet even the most ardent pro-choice advocate would be hard-pressed to argue that flipping over a wriggling newborn and taking scissors to its spinal cord is not horrendous, but how much less painful is it for a 14-week-old fetus to writhe within its mother’s womb for 24 hours while being scorched to death by saline?  Or how different is it for a fragile infant to be torn apart by a suction device at 22 weeks in utero, or dismembered in the first trimester by a stainless steel scalpel?

And wasn’t it America’s renowned champion of choice, Barack Obama, who once said that caring for a child born alive in a botched abortion undermines the “original intent” of the abortion?  Hence, Kermit Gosnell’s actions could merely have been the West Philly abortionist’s way of adhering to Barack Obama’s philosophy to respect the “original intent” of the woman’s right to choose.

Who can forget the indignant racially charged comments Barack Obama made after the shooting death of Trayvon Martin and the arrest of Harvard professor Henry Gates, Jr.?  In defense of women, America’s über-concerned president even found the time between tee-offs to dial up free-birth-control shill Sandra Fluke.  Yet Kermit Gosnell packing a freezer with the body parts of fetuses has yet to elicit any response whatsoever from our self-appointed defender of minorities, women, and murdered children.

Therefore, if the president — who voted against the Born Alive Infants Protection Act as an Illinois senator — really does see himself as the self-appointed savior of little ones, maybe he’ll prove it by initiating a teary-eyed Sandy Hook-type memorial service for the butchered infants whose frail remains were jammed into Gosnell’s freezer.

Regardless of what Barack Obama chooses to do or not do, for lack of a better explanation, it could be that liberals have failed to speak up because deep down, some of them secretly admire Kermit Gosnell.  After all, Kermit epitomizes the post-abortion rights mentality.  The West Philly executioner even took time to master the “man-caused disaster” language of liberal-speak.  Brilliantly, Gosnell was able to downplay the horror of squirming babies dropping into toilets by calling them “precipitations,” and he referred to the brutal act of severing spinal cords as “ensuring fetal demise.”

Not only that, but wouldn’t it be a tad hypocritical for a media that supports a president who insists on funneling millions of dollars into the coffers of Planned Parenthood to turn around and openly condemn Kermit Gosnell, who served his community by killing babies for profit under the guise of providing medical care to poor women?  The only difference between the two is that Kermit’s digs were a little rougher, his victims a little older, and his freezer packed with something other than orange juice and ice chips.

So, based on the obvious lack of interest, it might be safe to assume that if poor black women and children should happen to die as the result of a botched abortion, the usually death-obsessed left isn’t all that upset.

Ultimately, Kermit Gosnell may end up being the abortion industry’s sacrificial lamb and find himself living out his remaining years on death row.  Meanwhile, what’s certain is that the always-predictable left will likely argue that henceforth, legalized killing must be carried out in cheery, hygienic, government-regulated facilities.  Then stricter mandates can be put in place to ensure that properly trained abortionists have mastered the fine art of ensuring that the mothers live and the babies destined for the biohazard bag emerge dead from the womb as intended.