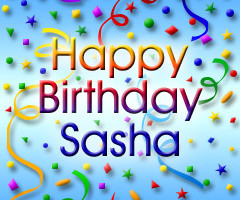 Michelle skipped the Xi Jinping visit because she’s such a dedicated mom that she chose instead to stay home with her young daughters to close out the school year and to celebrate Sasha’s 12th birthday.

Barack’s a dedicated dad too, because just in time for Sasha’s coming of age the president agreed to lift the age limit on abortion pills, making it possible for girls Sasha and Malia’s age to buy abortifacients if the need arises.

The morning-after pill, previously only available without a prescription to women 17 and older, has been the subject of a court ruling demanding that Plan B be sold to all females, without proof of age or point-of-sale restrictions. That’s right, over-the-counter abortion pills for even girls who are victims of statutory rape!

In April US district Judge Edward Korman said the US Food and Drug Administration’s decision to put age limits on sales had been “arbitrary, capricious and unreasonable.”

Before the 2012 election, Barack Obama supported age restrictions on the sale of emergency contraception and even invoked his daughters in citing the reasons why he thought removing age limits was a problem.  But that was then, this is now.

President Obama, bastion of personal conviction, is clearly a man hostile toward social conservatives, anxious to undermine the authority of parents, and always willing to end the lives of the unborn “miracles,” which must be why he changed his mind.

After hearing the news that Obama’s all for underage abortion, activist Annie proclaimed with unspeakable joy:

This decision by the administration affirms what feminists have been fighting for all along: the morning-after pill should be available to females of all ages, on the shelf at any convenience store, just like aspirin or condoms.

We all know the Obama administration has always been emergency-contraceptive-committed.  So it’s nice to know that if Obama is in California strolling Rancho Mirage with Xi Jinping, and Michelle is off Mom dancing with Jimmy Fallon, at least if the Secret Service drops the first daughters off at CVS to buy some Plan B One-Step, they won’t need documentation of any kind.

Good to know – because if Obama’s little girls make a “mistake,” even if Mom and Dad are off seizing parental control from other Americans, neither one of them would want their precious underage daughters to be “punished with a baby.”