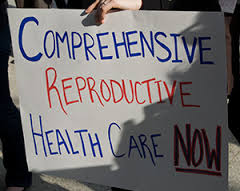 Since October 1, a health care law that was promoted as necessary to insure 30 million Americans has suddenly morphed into an all-out effort to un-insure those who had health care policies they liked and could afford.  The excuse given for the cancelations is that certain policies are not meeting health care reform bill criteria — a minor detail the president has been well aware of since 2010.

What is criminal about all this is that despite his knowledge of the unstoppable cancelation tsunami headed our way, Barack Obama continued to stress that “if [Americans] liked their insurance they could keep their insurance.”

Weeks after the ObamaCare “train wreck” began hurtling off the tracks, the president finally “apologized,” albeit halfheartedly, for not doing a “good enough job in terms of how we crafted the law.”  Meanwhile, the liberal focus remains steady on the goal to ensure that women are properly outfitted for casual sex and that should the accoutrements fail for whatever reason, the means to deal with the result will be readily available.

Liberals like to portray themselves as empathetic, yet Barack Obama and his posse of progressives remain disproportionately focused on birth control and abortion.  That’s why, despite the caring rhetoric, abortion rights may be the reason why, since October 1, even those with advanced-stage cancer have had their health insurance plans canceled in droves.

Remember when a hysterical House Minority Leader Nancy Pelosi (D-CA), in response to a GOP-backed Protect Life Act (H.R. 358), which passed in the House on October 13, warned that for lack of ObamaCare abortion funding, “women [would] die on the floor”?  What Ms. Pelosi chose to leave out of that warning was that thanks to the Affordable Care Act, the very sick, be they male or female, will die on the floor.

The Protect Life Act that Nancy was so upset about seeks to amend “the Patient Protection and Affordable Care Act (PPACA) by prohibiting federal funds from being used to cover any part of the costs of any health plan that includes coverage of abortion services.”

President Obama vowed that if the Protect Life Act makes it to his desk, he will veto it.

That’s why the Affordable Care Act could end up allowing large taxpayer subsidies to be directed toward health plans that cover elective abortion, entangling reluctant Americans in a web that funds general health plans that include abortion coverage.

Which brings the discussion back around to the debacle that has dogged the president since October 1.  Insincere as it was, Obama must have felt compelled to offer up a mea culpa to millions of Americans who suddenly find themselves without health insurance.  His defense?  “I am sorry that they are finding themselves in this situation based on assurances they got from me.”

Sorrowful sentiments are lovely, but for Edie Sundby, the woman suffering with stage IV gallbladder cancer, and others like her, that mini-confession is akin to Obama saying he regrets people being mangled by that train wreck he caused, especially after he himself tied them to the tracks.

Nonetheless, although his work to get Sandra Fluke an adequate supply of free contraceptives is no doubt still cutting into his schedule, Obama did manage to find time to finally admit that “we” — not “I,” mind you — “didn’t do a good enough job in terms of how we” (not “I”) crafted his signature legislation.

Poor craftsmanship and a screwy website, as well as data security issues, together with three years and billions of dollars to craft a law destined to impact 300 million lives, and the whole mess smacks of something a bit more malevolent than just Barack Obama’s increasing ineptitude being revealed in the rollout.

Not only that, but due to an ongoing lack of transparency intrinsic to both Obama and his health care law, it’s literally impossible to determine which marketplace exchange plan covers abortion services and which does not.

So, all things considered, is it unreasonable to suspect that information is purposely being obscured by an administration that vowed to veto a bill that would prevent federally funded insurance plans from covering elective abortions?

Could it be that when the president talks about “better coverage,” he’s really referring to insurance plans that include abortion?

Representative Chris Smith (R-NJ) must think so, because Smith introduced the Abortion Insurance Full Disclosure Act (H.R. 3279), which demands that ObamaCare-approved health plans provide “full disclosure” of whether or not abortion is included in the policy.

Add to those issues the millions of Americans being dropped from adequate/affordable health insurance policies, and it’s a short leap to conclude that the loss of catastrophic care policies may hinge directly on whether a particular policy includes coverage for elective abortion.

In the end, few can argue that the emphasis on access to abortion services has proven to be central to the president’s political philosophy, so why would it change now?  Who knows — in what the president calls a “tough position,” if health care policies don’t comply with Obama’s radical pro-choice mandates, cancer patients like Edie may be the ones who end up “dying on the floor.”