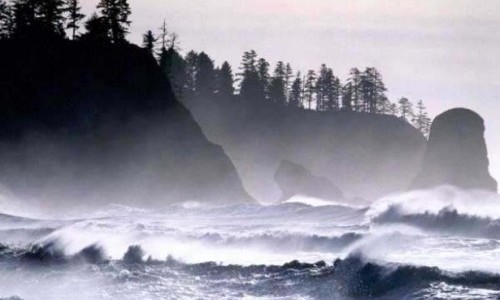 Senator Sheldon Whitehouse (D-RI) is the author of “On Virtues: Quotations and Insight to Live a Full, Honorable, and Truly American Life.”

When not writing righteous books, Sen. Sheldon is busy blaming Republicans for climate change and things like the deadly tornados that hit the state of Oklahoma last spring.

This year, either Sheldon didn’t get the memo that Barack Obama is behind schedule in the promise department, or the good Senator doesn’t know it, but he’s blowing Barack Obama’s cover by saying the sea levels are rising.

Meeting in private with NFL, NHL and NBA bigwigs, Sheldon cautioned that, thanks to climate change, hockey and skiing are at risk.

Issuing a warning to avid skiers and hockey puckers, Sheldon said that “significant sports facilities, the palaces of – of sport …are at risk from the storm, climate, sea-level rise effects of climate change.”

Is it no longer true that as of January 2009 “the rise of the oceans began to slow, and our planet began to heal?”  America is five years into the ‘slowing…healing’ process and now Senator Whitehouse is saying those two promises the guy living in the White House so passionately made aren’t coming to pass?

Guess not, because Sheldon Whitehouse is convinced that “Without cold enough weather for frozen ponds, the kind of hockey that you play out of doors with your friends gets a little bit harder to achieve.”

Thank the good Lord above that, compliments of Barack Obama, the kind of hockey typically played indoors remains safe from weather-related threats and, thus, is eligible to be supplemented with free contraceptives.

But that’s not the case outdoors. Whitehouse warned that he and his family would either have to join Michelle Obama for her annual million-dollar ski vacay in tony Aspen, Colorado, or stay home in Rhode Island.

Sheldon shared that he took his kids skiing at Yawgoo Valley ski slopes in Rhode Island, whose website seems certain that “Winter is Coming,” and with winter comes snow. Sorry to say it, but Sheldon, who bought Obama’s ‘slow the rising oceans’ shtick, isn’t buying the snowy winter stuff.

According to the Senator, the New York Times reported that, thanks to climate change and rising sea levels, they expect “all the ski slopes in Connecticut and Massachusetts to be gone.” Mr. Whitehouse is convinced that “given Rhode Island’s location” and close proximity to Connecticut and Massachusetts, if ski slopes melt in states a little south, it will “unfortunately…also be … true of Rhode Island.”

Liberals can scarcely believe it, but the potential is here for Senator Whitehouse and his family to be sidelined, skis and all. And sidelined because Barack Obama, who promised to slow the rising seas, has failed to keep another one of his emphatically made promises, period!

Nonetheless, snow or no snow, Connecticut, Massachusetts, and Rhode Island remain blue states, and are therefore responsible for reelecting the guy who said:

“This was the moment when the rise of the oceans began to slow, and our planet began to heal.”

So if sea levels are rising, and ski slopes are melting, liberals like the stranded Whitehouses left hanging on halted gondolas couldn’t be more deserving.

But on the upside, if forced to hang up the skis, Sheldon and his family can now go scuba diving.