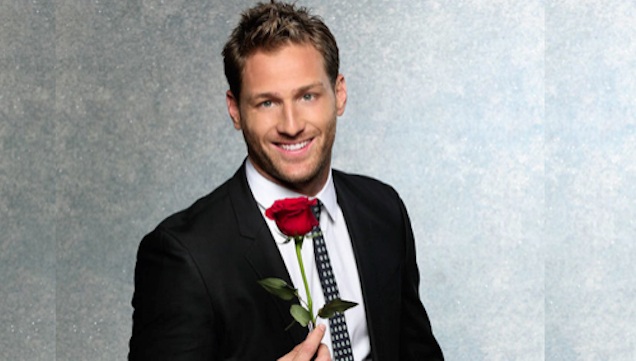 Apparently, nobody informed ABC’s latest Bachelor, the soccer-playing single dad from Venezuela, that it’s not a good idea for a reality show star to express anti-gay sentiments in a taped interview.

This time the “gay” question came from Sean Daly of TV Page.

Sean asked Juan Pablo Galavis something that has probably crossed the mind of many a fan of ABC’s The Bachelor and Bachelorette reality shows: Will there ever be a gay, lesbian or bisexual Bachelor (or is it Bachelors?) or Bachelorette(s)?

Daly must have figured he’d make a name for himself by stirring up a little Phil Robertson-Duck Dynasty action with a hot-potato Gay Bachelor question posed to the painfully forthright guy with the blue eyes. Galavis quickly responded, and along with one or two perfunctory “I respect them” disclaimers, did not hesitate to answer that he felt a Gay Bachelor would not be a “good example for kids.”

It was only a matter of time before someone suggested it was discriminatory to deprive the LGBT community of equal time to find the love of their life amongst a bevy of like-minded gay singles looking for love on primetime TV.

During the interview, Galavis told Daly that he was brought up in a traditional family where children had a mother and a father. “Now,” Galavis said in non-native English, “there’s fathers having kids and all that and it’s hard for me to understand that too in the sense of a household having people’s–two parents sleeping in the same bed and the kid going into bed.”

Galavis’ traditional opinion seems to be that it might be confusing for children to have Daddy and Daddy tuck them into bed and then go sleep together like a Mommy and Daddy. He also said that regardless of how confusing or peculiar he thinks it is for ‘Heather to have two Mommies,’ he does respect and understand, regardless of sexual orientation, the desire to be a parent.

Still, he is apparently uncomfortable with the concept of Adam asking Steve, “Will you accept this rose?”

Without adequate English skills to explain why he feels the way he does about a gay Bachelor, Galavis attempted to be polite and acknowledged that even if you don’t agree, “You have to respect everybody’s desires, opinions and way of living,” which is true.

In essence, he was being diplomatic by implying that ABC would be crossing that “thin line” if The Bachelor had a season that featured two men on a one-on-one date getting acquainted in a hot tub, or two women spending the night in the Fantasy Suite.

Galavis candidly admitted that “To me, the show would be too strong, too hard to watch on TV,” which was just a another way of expressing what Robertson said when he loosely discussed male/female anatomical differences with GQ and pointed out that he thought gay sex was “not logical.”

The problem is that Galavis should have also stopped at the “thin line,” where what he said could still be interpreted as being well within the bounds of expressing a personal view in a courteous manner.

Instead, he blurted this jaw-dropping assessment: “There’s this thing about gay people–it seems to me, I don’t know if I’m mistaken or not–I have a lot of friends like that, but they’re more pervert in a sense.”

Rushing to allay the fallout that quickly followed, the Bachelor took to Facebook to issue a formal apology. He claimed his comments were taken out of context and blamed the misunderstanding on his awkward English, since it’s not his first language.

The remorseful Bachelor explained, “What I meant to say was that gay people are more affectionate and intense and for a segment of the TV audience this would be too racy to accept.”

Thank God Galavis didn’t attempt to share, in his broken English, what he thought might take place back at the Bachelor pad while bored gay guys waited for the Bachelor to return from a group date.

But despite the apology, LGBT fans will probably boycott the season finale when the painfully honest Latino dreamboat with the Spanish accent gets down on one knee and pops the question.

ABC, which airs The Bachelor, called Galavis’ comments “careless, thoughtless and insensitive,” which means the network could consider rectifying the situation with a Gay or Bisexual Bachelor.

Either way, it’s likely too late for Galavis, because his poor command of English has now earned the handsome heterosexual soccer player an official spot in the Vladimir Putin/Phil Robertson Homophobe Hall of Shame.