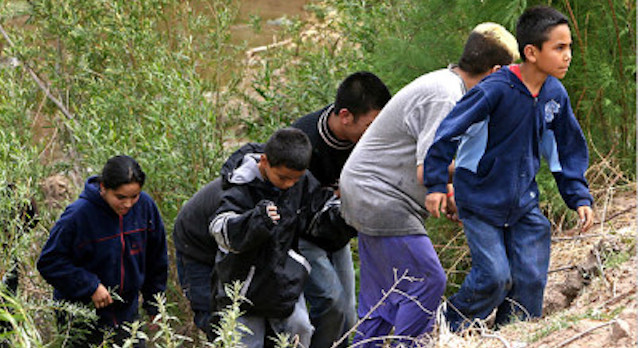 Former Secretary of Homeland Security and Border Czar, Janet Napolitano, is on her way to Sochi with Billie Jean King.

Supposedly Janet has earned the right to lead a group of American delegates to Russia to irritate Vladimir Putin, who would rather people of her purported ilk skip the Winter Games altogether.

And while Ms. Napolitano jets off to the Olympic games, the man who replaced Ms. Napolitano, Jeh Johnson, is wasting no time ‘representing’ yet another group.

Instead, while speaking at the United States Conference of Mayors, Johnson, the person who’s supposed to be watching out for the ‘homeland’s security,’ said that he believed the lowball figure of 11 million of Miftakho’s illegal friends, none of whom he knows anything about, have “earned the right to be citizens.”

In one of his first public speeches since being confirmed in December, Jeh told the 270+ mayors that enforcing immigration law was one of the main missions of DHS.

“The five core missions of the Department of Homeland Security are guarding against terrorism, securing our borders, enforcing our nation’s immigration laws, safeguarding cyberspace and critical infrastructure in partnership with the private sector, and supporting emergency preparedness and response efforts at every level.”

Johnson is clearly confused, because “guarding against terrorism, securing our borders, enforcing our nation’s immigration laws” does not jibe on any level with an earned path to citizenship for those currently residing in this country illegally and the DHS beckoning lawbreakers to “come out of the shadows.”

And even though the illegals that Jeh feels earn citizenship are streaming over the border in droves every day, he actually had the nerve to tout increased border security.

Maybe, on a break from giving speeches to likeminded socialist types like newly-elected Bill ‘National Urban Consensus’ de Blasio, the Secretary of DHS should read the US Border Control Mission Statement.

Isn’t Johnson aware of the dangers posed by illegal aliens hiding in the shadows who have infiltrated our cities and who daily threaten the wellbeing of our people?  Wouldn’t it be logical to assume that if an illegal immigrant feels free to disregard US immigration law, then all US laws might be something they’d disrespect?

Then again, these are the same people who will use one insane shooter to justify eliminating the Second Amendment. And the same crowd who continue to push amnesty while ignoring a Russian national riding around in Pennsylvania with a suitcase bomb.

Moreover, how is it that the figure of 11 million illegals, cited by liberals, has remained static for six years when 4,000 to 10,000 people a day are sneaking across the border?  Correct me if I’m wrong, but that ups the illegal immigrant tally to anywhere between nine and 22 million additional individuals earning the ‘right to citizenship’ by border-busting.

How illegal entry into a sovereign nation is now considered “earning the right” to be an American citizen proves the perversion and thick-headedness of the  Obama administration. Especially considering those who work hard to obey the law and earn an honest living are being punished economically for what used to be viewed as good citizenship.

In addition, the penalty imposed by those who are supposed to be protecting Americans includes having 11+ million people who broke the law foisted upon our nation.

Then, to add insult to injury, the US government is justifying the confiscation of hard-earned wages through higher taxes to support the needs of wrongdoers whom liberals view as having “earned the right to citizenship.”