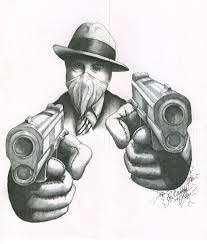 Somebody has to cover the cost of Sandra Fluke’s contraceptives.  So, with that in mind, government mafia extortionists disguised as the IRS are eagerly awaiting the tally on Olympic gold, silver and bronze.

At the SOTU, Barack Obama said of the Sochi Olympics: “We believe in the inherent dignity and equality of every human being, regardless of race or religion, creed or sexual orientation.”

Then he said, “Next week the world will see one expression of that commitment when Team USA marches the red, white and blue into the Olympic stadium and brings home the gold.”

Translation:  The president is sending delegates, some of whom are homosexual, to Putin’s gay-unfriendly Russia.  Their job is to gaily cheer on athletes from whom the IRS hopes they can extort cash on behalf of Obama.

Like all earned income, prizes awarded by the U.S. Olympic Committee (USOC) are subject to federal taxes.

That means if an elite athlete has spent an entire life training for the Olympics and manages to win a medal, he or she now owes the U.S. Government a chunk of the monetary prize.

Talk about government deterrents to success! Athletes with Olympic aspirations would be better off financially if they just watched the winter games from home.

Let’s face it, the IRS is similar to La Cosa Nostra.  In return for ‘protection’ — from them taking your house, attaching your pay, and ruining your life — every American is required to hand over a percentage of everything they earn to the IRS, aka La Taxa Nostra.

Granted, the IRS doesn’t break kneecaps (that we know of), nor do they sit around eating provolone and prosciutto heroes while playing cards. And it’s unlikely you’ll ever see them going door-to-door collecting envelopes from petrified taxpayers.

Instead, IRS drones dress in nifty business suits.  Nonetheless, they use mafia-style intimidation and scare tactics even on those who’ve faithfully paid, and successfully ruin more lives than organized crime ever could.

That’s why, when the United ‘Disincentive’ States of America’s Olympic champions ascend the podium to bask in the glory of the Star Spangled Banner, let it be a reminder to those who won the gold that right outside Fisht stadium, the IRS-mafia man is waiting to collect.