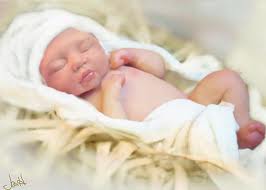 When she’s not out championing the right to kill the unborn, occasional devout Catholic Nancy Pelosi has become a spokesperson for unaccompanied babies and minors, and by extension, the rapists, killers, and robbers flooding unlawfully across the border from Mexico into the U.S.

Recently, in a guest appearance on MSNBC “Morning Joe,” House Minority Leader Nancy Pelosi (D-CA) shared her spiritual love for the children by telling Joe Scarborough that when it comes to caring for all of the world’s children, no price is too high for America to pay.  Mrs. Pelosi shared her feeling that rather than view the thousands of waifs bringing disease, crime, and mayhem into our country, unaccompanied minors should be looked upon as “baby Jesus” who, as a refugee, fled Bethlehem to escape violence.

No, Nancy!  Baby Jesus was the Messiah, and in fulfillment of Old Testament prophesies, an angel appeared to Joseph and told him to take Mary and her newborn son and flee to Egypt.  Jesus was not an unaccompanied illegal alien child breaking the law by migrating north in search of free goodies being handed out by a modern-day Herod.

Maybe part-time theologian/full-time abortion advocate Nancy Pelosi is unaware that it was Jesus who told those who practice lawlessness to depart from Him.  That’s why it is highly unlikely that Jesus would be supporting or encouraging the lawlessness America is presently witnessing on the border.

More aptly, Nancy Pelosi should have compared Jesus’s escape from Herod’s massacre of every male child two-years-old and younger to the mass slaughter of the unborn, both male and female, at the hands of the political party the minority speaker proudly represents.

Waxing poetic, Mrs. Pelosi, who supports burning helpless unborn infants alive in the womb with saline, used an interesting analogy when she suggested to Joe Scarborough, “Let us not turn away these children and send them back into a burning building.”

Isn’t it funny how Nancy Pelosi, the same woman willing to spend unlimited tax dollars to deny the right to life to unborn American babies who, if not aborted, she believes would otherwise be sentenced to grow up in troubled areas, is citing escape from troubled areas in an attempt to rationalize spending billions of dollars to care for children who in actuality should be denied the right to a life lived in America? Nancy Pelosi supports funding the termination of unborn babies who have no refuge from the violence visited upon the womb.  Meanwhile, she is promoting providing asylum and care for unaccompanied minors because, according to her, children need a refuge from violence.

Hopefully, Americans are starting to recognize the blatant hypocrisy of the disingenuous “baby Jesus” argument Pelosi is using to mask the politicization of the crisis she and her cohorts are fomenting on the border.