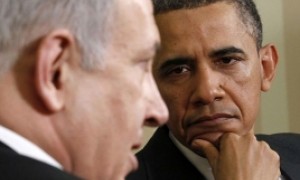 After six years of Barack Obama’s fervent pro-abortion philosophy it comes as no surprise that the left is completely comfortable verbalizing their disdain for Israel and her right to life.

Liberals as a group generally err on the side of evil while attempting to portray their revulsion for everything near and dear to the heart of God as righteousness.

Think about it – Barack Obama attempts to portray murderous MS-13 gang members as “children” requiring care and compassion while insisting that innocent unborn babies are not human beings, thereby sanctioning the exile of 4,000 of them to red biohazard bags a day.

Liberals like Hillary Clinton make excuses for Hamas’s practice of using children as human shields and hiding missiles in schools by saying Gaza is a small territory that lacks the space to hide weaponry. Not to worry, Hillary, rocket attacks eliminating scores of innocents will clear out more room in Gaza!

Habitually the left condemns the innocent to death while the guilty are repeatedly shielded from harm. That sort of perverted perspective is evident as Barack turns his attention from funding the butchering of babies to deciding whether or not Israel has a right to exist.

Lest we forget, Israel, like any human life, is a nation ordained, conceived, and sustained by God. This is what the prophet Zechariah in Chapter 2 verse 8 said – “For this is what the LORD Almighty says: ‘After the Glorious One has sent me against the nations that have plundered you–for whoever touches you touches the apple of His eye.”

Based on the left’s outspoken condemnation and mischaracterization of Israel’s fight to survive, it appears that “the apple of His eye” falls into the same category as the God-ordained unborn babies, “knit together in [their] mother’s womb,” that liberals eagerly abort.

It makes sense that Barack Obama would closely identify with Hamas. After all, Hamas used the concrete the Israelis sent to Palestine for the purpose of building roads and schools to instead build terrorist tunnels into Israel. That is not unlike Barack Obama wreaking six years’ worth of national havoc after burrowing his way through the tunnel of trust offered him by the misguided American people.

It’s simple, really. The liberal way of thinking is diametrically opposed to upholding innocence, supporting democracy, and above all, furthering a Judeo-Christian worldview.

Despite Israel’s past capitulations to their enemies, undeserved benevolence to those who desire to annihilate them, and pleas for support from what is apparently a former ally, by his inaction abortion industry-backer Barack Obama is also tacitly supporting terrorist nations whose goal is to burn, pressurize, and militarily scalpel to death the nation of Israel.

It’s getting to the point where one can rightly discern God’s will by looking at what Barack Obama opposes. In other words, God’s will is the exact opposite of whatever Obama promotes.

The president does not believe in the right to life, but God does. Barack Obama may be fine with the unfettered slaughter of innocents, but the decision to do so will not go unnoticed by his Maker.

Barack Obama can insult, impugn, and reject the Prime Minister of Israel to his heart’s content. But rest assured that just as He said to the prophet Isaiah in Chapter 41:10, the Lord is also whispering in the ear of Bibi Netanyahu, “do not fear, for I am with you; do not be dismayed, for I am your God. I will strengthen you and help you; I will uphold you with my righteous right hand.”

In Deuteronomy 7:6, God calls Israel a nation of “holy people … chosen … to be a special people unto Himself, above all people that are upon the face of the earth.” Remember, God made the covenant with Abraham and God cannot break a covenant He made.

That’s why, if Obama tends to identify more with the “wild donkey of a man” named Ishmael, look for the Lord to fight alongside and ultimately exonerate Abraham, Isaac, and Jacob.
Barack Obama may fancy himself a mini-god capable of slowing the rise of the oceans and healing our planet, but in case no one has noticed, he’s done neither.

On the other hand, a Hamas representative told a mystified CNN global network representative that very few people in Israel are injured by their missiles because “Our missiles are accurate and good, but the Name [i.e. God] of the Jews diverts eighty percent of the rockets we launch into uninhabited areas, and the remaining twenty percent are intercepted by the Iron Dome.”

Meanwhile, rather than side with what God has preordained, based on his inaction and veiled hostility, secular socialist pro-abortion Obama seems to commiserate with those determined to abort Israel from the Middle East.

So, as the unborn continue to die at the hands of evil and Israel is despised and rejected by those who desire her demise, again in Isaiah the Lord of Hosts, who ultimately has the last say, promises this: “[no] weapon forged against you will prevail…vindication [comes] from me.”