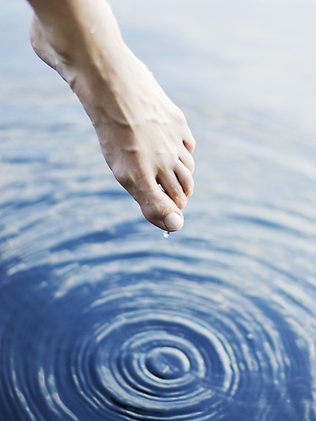 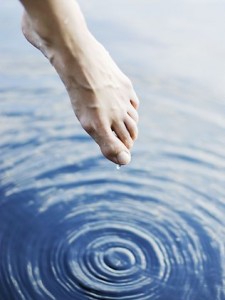 America’s anti-atrocity president is on vacation in Martha’s Vineyard again. This year he is a little disappointed that the water of the Atlantic, unlike Hawaii, “is still a little cold.” Regrettably, for most people in the world, the icy beach water of Martha’s Vineyard is not the most pressing problem. Why? Because while the president takes time to decry the unfriendly surf and spend “time with… seals on the beach,” in Iraq a genocide similar to the one Obama identified as evil while visiting the Holocaust Museum two years ago is currently playing out on the world stage.

Speaking of seals — the trained, clapping kind, that is — are amongst those Obama usually feels most comfortable with. That aside, while Barack Obama is participating in Summer Fun Fest 2014, children are being beheaded, young boys crucified, women raped, and Christian men hung or shot at point-blank range after witnessing all of the above.

Come to think of it, if Barack Obama responded as quickly to the ongoing genocide in Iraq as he did to Malia asking him if he “plugged the hole” in the Deep Water Horizon oil leak in the Gulf of Mexico or to the so-called atrocity of terrorists being waterboarded or to Robin Williams’ suicide, maybe thousands of Iraq’s indigenous Assyrian Christians wouldn’t be buried alive in mass graves.

Granted, it is a pity that when Obama arrived on Martha’s Vineyard the water temperature wasn’t to his liking. Add to that all the precious vacation time he’s wasted thinking about the obstinate nature of Congressional Republicans.

Yet if the president thinks he is suffering, maybe he should try imagining the misery he would feel while being forced to helplessly watch a terrorist decapitate one of his children. If the temperature-sensitive Obama wants to talk about how unbearable cold water is, how about having to witness a five-year-old little boy being sliced in half as punishment for the sin of being born to Christian parents?

Icy water is a problem for Mr. Obama? If given the choice between shivering with goose bumps or suffocating while buried alive or, God forbid, watching his wife and daughters gang-raped, which of those three would Obama be likely to choose?

Or how about, as the father of two young daughters, wrapping his head around young women having their genitals sawed away by angry Muslim terrorists wielding used razor blades in the name of Allah?

Man, that’s a vacation buzz-kill. After all, every president has a right to get away for a little down time. And to be fair, this is the man who once challenged a post-Holocaust planet with the “bitter truth” that “too often, the world has failed to prevent the killing of innocents on a massive scale.” Barack ‘Blame Bush’ Obama even admitted that “we are haunted by the atrocities that we did not stop and the lives we did not save.”

That was back in April of 2012 when Nobel Peace Prize winner, Auschwitz survivor, and author of Night, Elie Wiesel, was in attendance when America’s legendary Nobel Peace Prize winner paid a visit to the Holocaust Memorial Museum in Washington DC. The remarks made by President Obama also included denouncing the horror of human-rights atrocities and suggesting that memorializing what happened in Nazi Germany could help to ensure that similar crimes against civilization would be avoided in the future.

Obama, who has made a habit of speaking while standing silent, said that day that we — which, by definition, includes him — must “tell our children about how this evil was allowed to happen — because so many people succumbed to their darkest instincts…because so many others stood silent.”

The president even drove home the point that, “In short, we need to be doing everything we can to prevent and respond to these kinds of atrocities — because national sovereignty is never a license to slaughter your people.”

Unfortunately, while Barack Obama is on summer break, the evil he spoke of is unaware that it should take a break too. So, maybe party-boy Obama could just sit one dance number out and spend the time he would have used doing the Electric Slide explaining the whole “never a license to slaughter” concept to those currently butchering their way through northern Syria and Iraq.

In the book Night, Elie Wiesel wrote about his chilling experiences in a death camp. Describing one horror perpetrated on a child by Nazi soldiers that he witnessed, Wiesel wrote “To hang a young boy in front of thousands of spectators was no light matter.”

On the other hand, if the one who could save blindfolded young Iraqi men from being crucified in the noonday sun chooses to spend time searching for a nice fluffy beach towel to warm himself after frolicking in chilly sea water, maybe when compared to Obama’s plight hanging boys is a “light matter.”

Sorry to be the one to have to say it but despite his recent victory lap, Obama complaining the other day about water temperatures in Martha’s Vineyard while the Yazidi starved on Mount Sinjar and innocent people were being brutally slaughtered could be likened to Franklin Delano Roosevelt publicly lamenting a missing cherry on his ice cream sundae while the Nazis were gassing the Jews.

On a smaller scale than the Holocaust, but a holocaust all the same, Barack Obama possesses the power to end the carnage. Yet thus far his effort to save lives and stop the brutality is tepid at best. Instead, as days turn into weeks and ISIS becomes a formidable threat to our homeland, Barack Obama is focused like a laser on busting dance moves at birthday parties, the threat of Republican obstructionism, photo ops, and mourning the disappointing swimming conditions on Martha’s Vineyard.