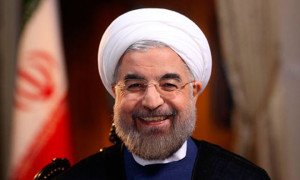 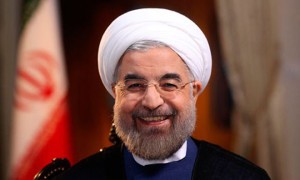 It’s confirmed: Barack Obama has zero clue what’s going on. After his praising Iran and saying in a White House interview that the Persians could be “successful” members of the international community, on Christmas morning the regime responded by hanging seven prisoners.

Nothing says “successful member of the international community” like dragging seven terrified hostages from the Abdelebad prison “at dawn on Christmas day” to the gallows to be hanged by a rope and then suspended in the air with the full weight of their condemned bodies causing strangulation and death.

Although it seems cruel to hang people on Christmas, the decision to do so may have been Iran’s way of saying thanks to an American president who seems unwavering in his desire to befriend a brutal regime guilty of horrendous human rights offenses. After all, it’s our vacationing president who told NPR that if the nation bound and determined to wipe Israel off the map agrees to give up portions of its nuclear weapons program, it has the potential to be a “very successful regional power.”

Barack Obama must know something the rest of the world doesn’t know.

That must be it, because logical people might surmise that when strictly Shi’ite Islamic terrorist rulers agree to relinquish something they’re hell bent on achieving, like ushering in the return of the 12th Imam through death and chaos, chances are that regardless of what they agree to with Barack Obama, their word isn’t something the world should hang its hat on (no pun intended).

The larger question here is: In what alternative universe does Obama dwell, anyway?

Doesn’t he know that Iran is notorious for lies, murder, terrorism, and human rights transgressions? Not to mention the fact that American pastor Saeed Abedini has been imprisoned for two years where, merely for being Christian, he’s been chained to a bed, endured intense beatings, suffered internal bleeding, and has lost consciousness on more than one occasion.

Yet rather than negotiate for Saeed’s release the way he did with probable Army deserter Bowe Bergdahl, Obama has left the husband and father of two languishing in an Iranian prison while making absurd statements about Iran having a “chance to get right with the world.”

And here’s how Iran gets it right: According to Iranian opposition group the National Council of Resistance of Iran (NCRI), in the days leading up to Christmas Iran “secretly hanged” 10 prisoners who were being held in one of the regime’s most infamous and brutal prisons.

Maryam Rajavi, President-elect of the Iranian Resistance, said that Iran – the same country Obama is hoping will get it right – is the most ruthless enemy of Christ and Mohammad:

In the name of religion they splash acid on the eyes of women, hang the youth, imprison the newly Christian converts, and violate their most rudimentary rights. They are henchmen that execute and torture people for their religious beliefs, especially for following the true message of Mohammad and Christ, and impose the worst discriminations and atrocities. They have set up a bloodthirsty religious tyranny that is the epicenter of fundamentalism and terrorism under the banner of Islam and the Godfather of all villains in the Middle East that today kill the innocent captives and hostages and force Christians and believers of other faiths to migrate and become homeless.

This is Iran, the nation Barack Obama anticipates will one day agree to curtail its evil machinations, participate in an international group hug, and become a “successful” member of the worldwide community?

And so, while the president was putzing around on the golf course on his annual 17-day, $4 million holiday vacation and Americans were celebrating the birth of Jesus by opening piles of useless merchandise, to affirm Obama’s faith in good vibes triumphing over evil actions, on Christmas morning seven prisoners were hung by their necks until dead by Hassan Rouhani’s regime.