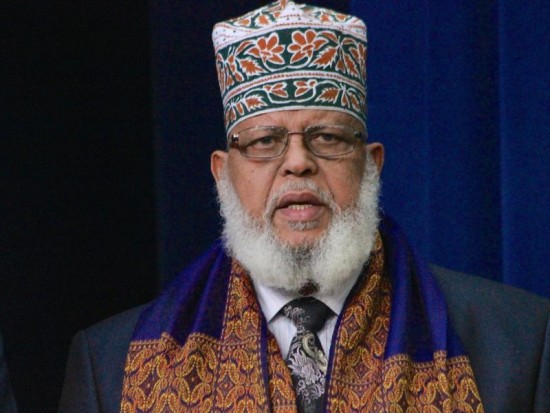 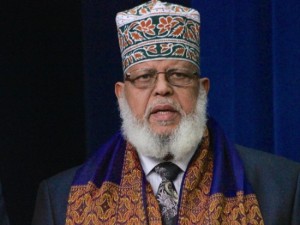 Liberals love logos. Liberal politicians who were formerly academics love visual-learning tools even more. After all, what’s better than a PowerPoint presentation that boils the complicated and serious down to a five- or six-point slide show incorporating progressive problem-solving propositions?

For instance, in 2010 Michelle Obama was aggressively haranguing the feds to change dietary guidelines. To help the incompetent masses choose foods that the first lady felt we should all be eating whether we like it or not, the USDA website introduced MyPlate, and for Spanish-speaking illegals currently on food stamps, MiPlato.

MyPlate was an elementary-looking multi-colored wheel-type logo that was divided into food groups.  The goal of the MyPlate initiative was to remind dimwitted Americans that Mama Obama knows best, and just like coloring within the lines with crayons is recommended, when it comes to food it is also recommended to stay within the boundaries of Michelle’s off-kilter wedges.

The MyPlate logo even included a fork, which may have been a friendly reminder that the government advises against eating with one’s hands.

Currently, MyPlate drives America’s public school lunch program and is the reason calorically-deprived children are tweeting photos of hideous and unpalatable government-approved lunches, accompanied by the sarcastic hashtag #thanksMichelleObama, at the rate of about 40 per minute.

Meanwhile, parents of the children complaining about the foul hot dog rolls are on their own, and based on their BMIs are not even close to adhering to MyPlate government guidelines. Unfortunately, just like those who oppose submitting to the notoriously “skimpy… moldy… mysterious” ObamaCare mandates, resistance is futile, which is why efforts to rein in the defiant are being kicked up a notch.

The feds are now advising, in a nice way of course, that Americans, for their own good, adopt a “plant-based diet.”

To ensure that advice takes root, government has gone from making friendly suggestions to officially “transforming our food system.” In other words, those responsible for the liberal “culture of death” are now promoting themselves as authorities on a “culture of health.”

According to the 571-page Dietary Guidelines Advisory Committee (DGAC) report submitted to Health and Human Services (HHS), the keepers of ObamaCare, and the U.S. Department of Agriculture (USDA), the co-conspirators in the failed MyPlate initiative, “Government at local, state, and national levels, the health care system, schools, worksites, community organizations, businesses, and the food industry all have critical roles in developing creative and effective solutions.”

Judging from the dietary dissertation, a word to the wise: Keep within the confines of Michelle’s friendly food wedges, because the government has plans to mete out punishment for disobedience by taxing desserts and imposing trained obesity “interventionists” at worksites. In addition, there are plans to electronically monitor the length of time couch potatoes spend in front of the television, which is data bureaucrats undoubtedly plan to analyze when deciding whether to grant or deny medical treatment.

One might call the “plant-based” initiative community-organized food policing.

And while all this kindly government-logo-embellished, food-counseling central control is disturbing enough, an even more alarming state of affairs concerning violent extremism employs a similar kind of nonsense to deal with the problem of terrorism.

While ISIS/ISIL marauds its way toward Europe, chopping off heads, immolating caged men, and raping and selling little girls into slavery, in Washington DC the White House feverishly worked on the problem by hosting a summit to counter violent extremism in America.

Curiously, Obama’s solutions do not include tracking terrorists who harbor “legitimate grievances” with the same intensity as it does hunting down sugar and salt-eating sofa spuds, nor does it suggest dispatching workplace “interventionists” to monitor and apprehend those plotting to blow up shopping malls and elementary schools.

Utilizing a similar government template to the one that has repeatedly failed, Barack Obama and the U.S. State Department must be hoping to eradicate violent extremism without offending actual violent extremists. So dedicated are they to that end, and to rooting out Bible-toting “bitter clingers,” the political-correctness-obsessed White House called in a Muslim imam to open the summit with a prayer directed at finding and rehabilitating every terrorist — except the Islamic kind.

Then the community organizer and the U.S. State Department came up with an expressive #CVESummit optic that at first glance resembles the crown of thorns worn by the God worshipped by menacing right-wing Christian conservative types.

However, for the average godless American the simplistic logo bears a resemblance to the familiar healthy-eating Michelle Obama MyPlate which, in circular format, recommends incorporating fruits, grains, protein, vegetables, and dairy into one’s diet.

The problem is that while the proposed violent extremism resolution presented a buffet of friendly ideas, for some reason conference participants, including the president, chose to omit language that identified the truly imminent danger – genocidal Islamic fanatics.

Instead, on the community level, it proposed disarming the Obama and DHS-perceived domestic right-wing extremist threat via communicating, engaging, mentoring, educating, partnering with, and, above all, affectionately supporting jihadi wannabes.

Much like equal portions of protein and carbs, the Obama ‘Solution to Violent Extremism’ circle of love incorporates coffee klatching; sitting on a park bench chatting; expressing ‘I-♥-terrorists’ sentiments; sharing one of those moldy Michelle Obama school lunches; emailing, or better yet, “partnering” with violent extremists, the latter of which might require Sandra Fluke-type government funding for the appropriate supplies.

As it turns out, just like everything central control touches, this newest logo-driven, feel-good endeavor is another pathetic foretelling of what will eventually be for the American people a disaster far worse than the government’s failed foray into healthy school lunches.

Regrettably, rather than further the Obama-food-police-espoused “culture of health,” Government Central has now refocused on yet another frivolous effort. This time though, with redesigned logos and more kitschy slogans, instead of confronting the lethal threat of Islamic terrorism, once again, Barack Obama is aiding and abetting the growing “culture of death.”