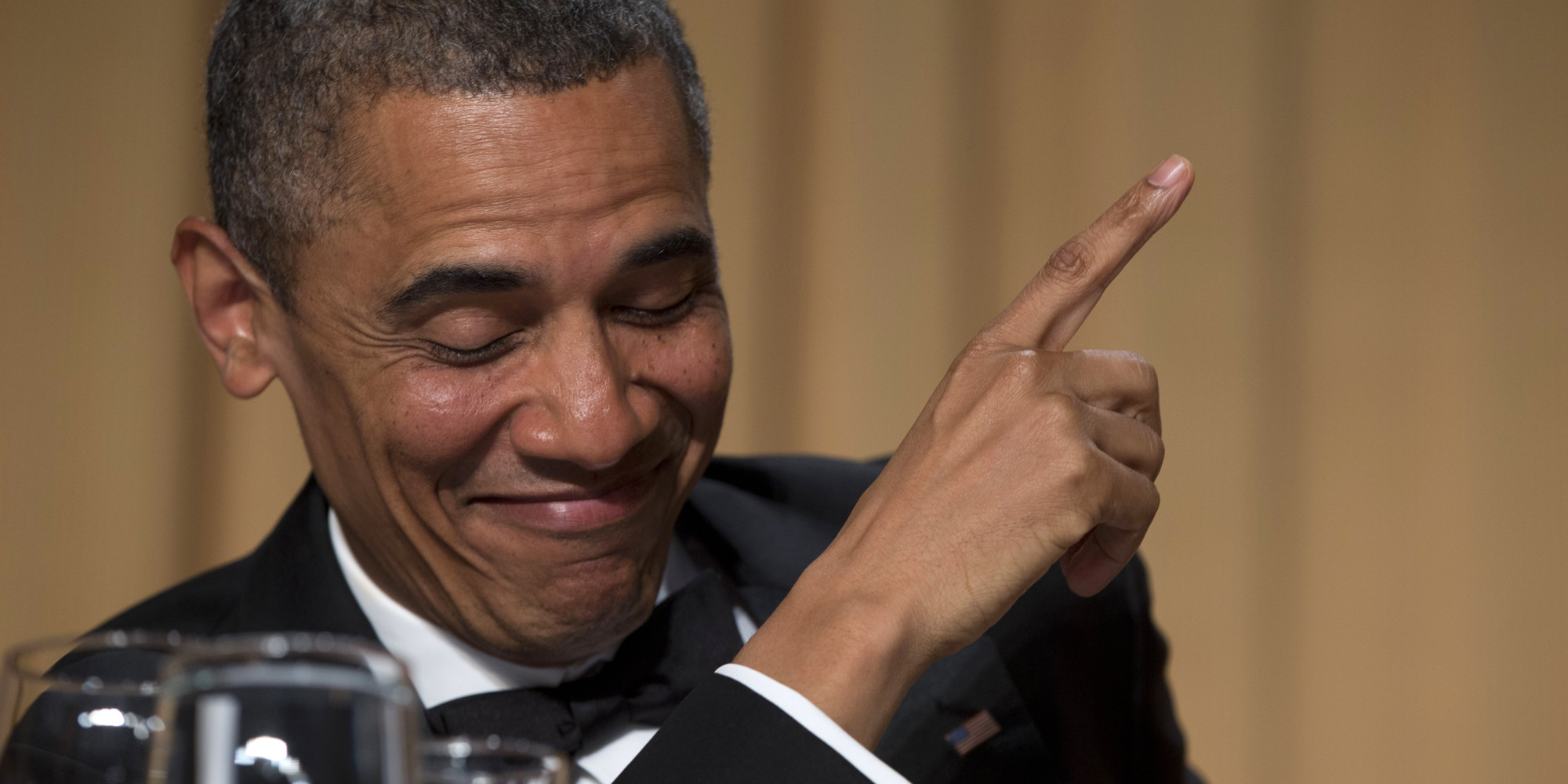 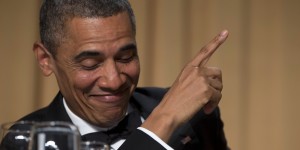 At the White House Correspondents’ Dinner, once again “aging socialist Muslim” Barack Obama dipped his toe into the stand-up comedy pool. The problem is that what he had to say was more sad than funny.

At the podium, where he was supposed to be poking fun at himself aided by a cache of really bad jokes, Obama endeavored to justify his failed policies (hardy-har-har) and humiliate his critics.

At one point in his largely vindictive routine the president had this to say:

The fact is, though, at this point, my legacy is finally beginning to take shape. The economy is getting better. Nine in ten Americans now have health coverage. [Applause.] Today, thanks to Obamacare, you no longer have to worry about losing your insurance if you lose your job. You’re welcome, Senate Democrats. [Laughter and applause.]

“If?” Shouldn’t it be more like “since you lost your job,” or “when you lose your job?”
Either way, there are many problems with the president’s statement, the most glaring of which is Obama’s lack of elaboration on the “you no longer have to worry about losing your insurance if you lose your job” comment.

Although the comedically-challenged Obama is anything but amusing, what’s really not amusing is the cold hard truth that approximately 92 million, count ’em, 92 million, or half of America’s working-age population, may have Obama’s shoddy health insurance but are also not working.

In other words, how big of a laugh would Obama have gotten if, instead of pumping up his pathetic legacy, he decided to mention that in 2014, according to the Bureau of Labor Statistics (BLS) – wait, wait, this is really hilarious – 19.9% of the 81 million families in America, or 16 million family units, had no one working?

It could have gone something like this: “I’m proud to say that, thanks to me, half of all working-age Americans, although hopelessly and possibly permanently unemployed, have all the time in the world to apply for Obamacare.”

The data on unemployed families comes to us through the Census Bureau’s Current Population Survey of the civilian non-institutional population.

Although, based on what’s happening in Ferguson and Baltimore, clearly some of those counted among the unemployed belong either in jail or in an insane asylum, census numbers include people 16 and older who are not on active duty in the military or in an institution such as a prison, nursing home, or mental hospital.

Looters and lunatics aside, when looking for stuff to tickle the funny bone of sycophant celebrities and fawning journalists, maybe instead of mocking Dick Cheney and FOX News and trying desperately to convince America he’s not a socialist Muslim, Obama the Joke Teller could have been more upfront. But he wasn’t.

And that’s understandable, because at the White House Correspondents’ Dinner love fest, Barack Obama was probably so excited about telling jokes and having “anger translator” Keegan-Michael Keys, aka “Luther,” verbalize what is really seething below the surface of his otherwise calm demeanor that he forgot to mention that in 1 out of 5 American families no one is working.

For us it’s different. According to William Shakespeare’s King Lear, “In jest, there is truth,” so how about we do what the president didn’t do and provide a witty visual?

For those who have problems grasping numbers:  16,000,000 American families amount to 879 Madison Square Gardens filled to capacity with one representative from each family unit. Of the staggering 92 million people in America who are currently not in the workforce, a large number of jobless people clearly belong to some of the 16 million families where not one person in the household is employed.

With that visual in mind, what really would have been comical is if instead of sharing what he perceives to be a superb legacy, the president ’fessed up, mixed a little truth in with his jest and said, “Thanks to me, Obama-unemployment-induced bleeding ulcers, heart attacks, strokes and migraine headaches are now fully covered by Obamacare!”