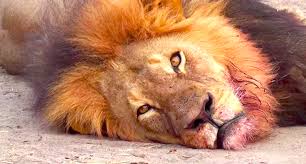 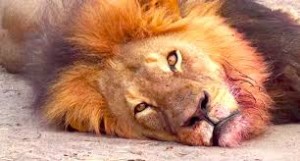 It’s been about a month since, on an after-dinner walk with her father Jim and a friend, Kathryn Steinle was shot in the back while standing on San Francisco’s Pier 14.  After crying out, “Dad, help me!,” Steinle fell to the ground and, as a direct result of a gunshot wound that pierced her aorta, bled out almost immediately.

Steinle’s life was cut short by a drug-addled illegal felon named Juan Francisco Lopez-Sanchez, who, after being arrested and deported five times, returned to San Francisco to spend his free time roaming around a city that provided sanctuary for him – but not for Kate.

In the 30 days following Kate’s death, America has been sucked farther down into a bottomless pit of progressive horror and bombarded with an unending barrage of shock and devastation.

At a Navy recruiting station in Chattanooga, Tennessee, five unarmed soldiers were ambushed and killed by an ISIS sympathizer named Muhammad Youssef Abdulazeez.  Then a pro-life activist group called the Center for Medical Progress released a series of undercover videos that have implicated government-funded Planned Parenthood for illegally selling post-abortion baby body parts tagged and displayed on a stainless steel tray.

There’s been disturbing talk about things like Planned Parenthood harvesting intact late-term fetal specimens, the failure of EMS to resuscitate Kate Steinle after her heart stopped multiple times en route to the hospital, and five military funerals taking place while the president was busy line-dancing in Kenya.

But despite all that, nothing reveals the desensitization of a culture more clearly than the public reaction to the king of a Zimbabwe animal preserve being hunted and killed by an American dentist on safari in Africa.

Not since the death of Princess Diana have there been so many tears and stuffed animals, and so much gnashing of teeth.In fact, after news of Cecil’s untimely demise, late-night talk show host Jimmy Kimmel choked up while lamenting the unjust passing of the iconic lion.  Everyone from celebrities to animal rights activists to liberals who justify the right to choose are now demanding justice for Cecil.

In other words, while the news of the sale of baby body parts, the murder of Kate Steinle, and the Chattanooga Five murders were met with general indifference, Cecil’s killer, a dentist named Walter Palmer, is currently in hiding due to death threats.

What’s telling is that Planned Parenthood executives fantasize about Lamborghinis purchased with blood money collected from the once-living contents of a mother’s womb.  But for those mourning Cecil, the lion-killing dentist has become what the cartoonists at Charlie Hebdo were to radical Muslims: marked for death.

The same liberal types who avoid illegal-immigrant comments about Kate Steinle’s third-world murderer will empathetically psychoanalyze a radical terrorist and justify selling baby body parts for some greater medical good.  Now many of these same people hope to avenge the untimely death of a lion by hanging a dentist.

There’s even a White House.gov petition with 180K signatures and counting, demanding that Cecil’s killer be extradited to Zimbabwe to face trial.

One can’t help but wonder how many of the people now demanding that the White House assist in accounting for Cecil’s death also signed the Kate’s Law petition demanding that Congress pass a bill to amend “the Immigration and Nationality Act to increase penalties applicable to aliens who unlawfully reenter the United States after being removed.”

As for Barack Obama, we already know he has no problem with late-term abortion, or for that matter, leaving aborted “mistakes” that were born alive to die an excruciating death.   Moreover, after her murder, the president did all he could to avoid the subject of Kate Steinle’s death.  And then, while the soldiers killed in a U.S. terrorist attack were being laid to rest, Obama was busy sermonizing Kenya on gay rights.

In addition to all that, the president also ignores ISIS beheading, burning, and drowning Christians.  And although, with his approval, pro-choice America proudly aborts 4,000 babies a day, Barack Obama repeatedly reminds the nation that the torturous practice of splashing water in terrorists’ faces is not who we are.

That must be why, rather than address the illegal sale of harvested eyeballs, the Obama administration chooses instead to reassure the nation that it is “ready to take action” in helping Zimbabwe bring a lion-killer to justice.

And while the Cecil crew would be hard-pressed to admit it, the truth is that Kate, the five U.S. soldiers who were murdered, and 60 million aborted babies all died in a manner similar to Cecil.  Prior to their deaths, each one was completely oblivious to the danger that lurked, and were stalked and murdered in cold blood in what should have been a protected habitat.

So with that in mind, if ambushing and executing a male lion counts for something, it should also inspire anger over the fate suffered by Kate, the Chattanooga Five, and the second baby boy whose body parts were being cheerfully picked over by a “doctor” employed by Planned Parenthood.

Yet, when confronted with the evils perpetrated by the policies they support, the American left responds either with stubborn denial or a ho-hum “Golly gee” at the sight of brains and the crushed skulls of slaughtered babies being peddled for profit by a government-funded slaughterhouse.

Then, in the midst of loss and heartbreak, a well-known lion is slain by a hunter on safari, and suddenly, seared consciences rise up in an effort to assuage a nagging guilt for standing by while illegal felons, Islamic extremists, and serial killers disguised as health care workers butcher the innocent.

And so, in the weeks since Kate Steinle’s tragic death, motivated by a secular president with a reprobate philosophy, Americans display corporate outrage by blubbering over a dead lion.