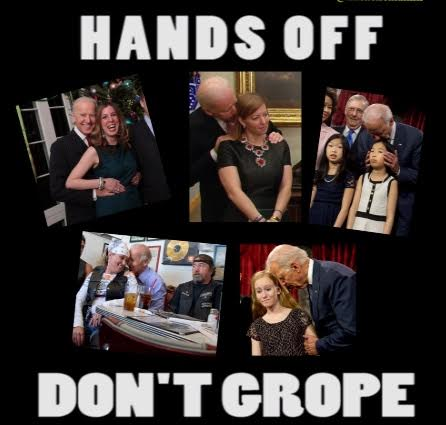 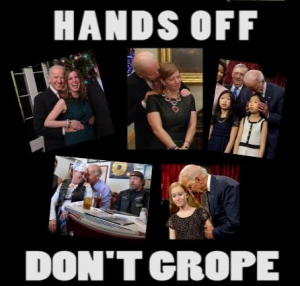 Unfortunately, at this year’s 88th Academy Awards show, Bill Clinton was unavailable to make a public service appearance on behalf of problems associated with non-consensual sex.

Instead, Vice President Joe Biden took time off from groping women and smooching little girls so that he, Lady Gaga, and a horde of millennials with Magic Marker scribbled on their forearms could raise awareness concerning the problem of campus rape.

Near the start of the festivities, a guy with a really weird hairdo named The Weekend performed the salacious tune “Earned It,” from Fifty Shades of Grey, a movie that glorified sadomasochism and sexual control.

Two hours later, prior to Gaga angrily growling out “Til It Happens to You,” the tune nominated for the best original song from the campus rape documentary The Hunting Ground, Joe Biden informed the adoring audience that “too many women and men … are still victims of sexual abuse.”

And who better to speak on the subject than a touchy-feely kind of guy with hands-on knowledge?

Let’s face it: Joe Biden has never been known to squander an opportunity to grope, fondle, squeeze, and lovingly caress women who, when he does it, seem uncomfortable with receiving his unsolicited affection.

And while kneading various women’s necks is not considered “rape,” Joe infamously participates in a type the type of sleazy conduct that, if he weren’t vice president of the United States, most women would never tolerate.

Nonetheless, “Handsy” Joe still encouraged the audience to “[t]ake the pledge – a pledge that says, ‘I will intervene in situations where consent cannot or has not been given.’”  What the man with the wandering hands forgot to mention was that on more than one occasion, he’s touched women when “consent … had not been given.”

Despite his personal shortcomings, Joe Biden asked America to pledge to stop individuals like himself from sniffing the hair, and blowing hot breath into the ears of individuals who, while Joe is getting his jollies, appear to be visibly anxious and desirous to be released from his grip.

Take for instance Joe nuzzling Ashton Carter’s wife Stephanie at the secretary of defense’s swearing in.  During that episode, the woman didn’t utter one word, but, for a few seconds there, Mrs. Carter eyes were pleading with the new defense secretary to liberate her from Joe’s clasp.

Notwithstanding Mr. Biden’s powerlessness to keep his hands to himself, the vice president must have felt he was qualified to exhort 34 million people to change the culture so that abuse survivors never have to ask themselves the question: “What did I do?’”

Does Joe mean “survivors” like The Hill’s Senior White House correspondent Amie Parnes, the woman whom Joe, at a 2013 Christmas party, playfully hugged from behind while placing his arms in close proximity to her breasts?

Either way, Joe Biden can now congratulate himself for taking time out of his schedule to reassure the women who’ve been on the receiving end of his manhandling that they need not worry, because they “did nothing wrong” to deserve his inappropriate treatment.

And so, on a show honoring those who pretend for a living, it was apropos for Biden to get a standing ovation, because, knowing Joe, it’s likely he still managed to cop a feel at an after-party.