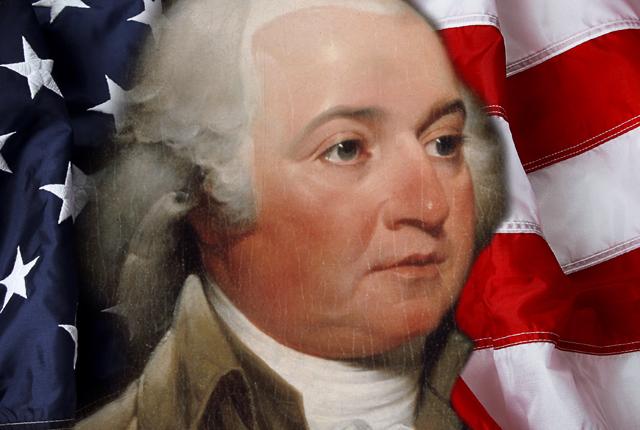 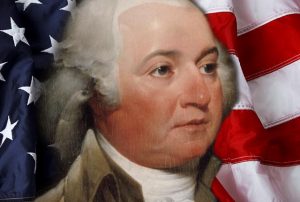 Suppose a nation in some distant region should take the Bible for their only law book, and every member should regulate his conduct by the precepts there exhibited! Every member would be obliged in conscience, to temperance, frugality, and industry; to justice, kindness, and charity towards his fellow men; and to piety, love and reverence toward Almighty God…What a Utopia, what a Paradise would this region be.

It is now 260 years later, and liberals, in a quest to usher in another kind of utopian paradise, reject the Bible and prefer instead to depend on a counterfeit, government-mandated definition of Adams’s “justice, kindness, and charity.”

Rather than looking to God as the source, the “charity towards fellow man” John Adams describes is what the irreligious left believes can be legislated and imposed.

Secular government-types dismiss the God Adams promoted as Almighty because in America today Biblical moral code infringes on the type of godless nirvana liberals have been trying in vain to establish since time immemorial.

The Word of the Christian deity that Adams said calls us to “be obliged in conscience”, represents dictums that are diametrically opposed to national pastimes such as abortion on demand, same-sex marriage, and the gross sexualisation of small children. Unlike the culture that the left advances, nowhere in the book Adams values are heroes made of the sexually-perplexed, prevaricators, or those who take innocent life.

In essence, life, liberty, and individual freedom violate the sort of communal control that drives those that dismiss God. Yet in many circles liberals have been so successful at distorting arguments and furthering a counterfeit dogma that those without God accept the fake as virtuous.

In liberal utopia, minorities dictate to the majority a brand of altruism that embraces frightened girls sharing restrooms with transgender males, illegal immigrants invading and bilking American taxpayers, and women being esteemed by slaughtering the unborn and then peddling baby livers for the philanthropic advancement of science.

Thanks to the efforts of hedonists, secularists, and liberal humanists, at public libraries and schools across the nation, the Bible John Adams revered so highly is now on a list of objectionable books.

In an effort to not offend the ungodly, God’s word is currently in jeopardy of being stifled because in America today obstructing the First Amendment, and repressing truth, is how freedom is interpreted and the common good preserved.

The possibility that the Bible may end up censored is not surprising because leftist benevolence, if given ample time, always results in tyranny.

Liberals who profess to be unprejudiced don’t care that the Bible has guided our nation’s founding and is comprised of literature, history, prose, music, law, culture, and antiquity — let alone being inspired by God.

Scripture presents God’s view. That’s why a nation that has strayed far from the divine falsely believes the book John Adams imagined should guide America’s legal system violates a law that originally was established to keep the state out of religion – not the other way around.

James LaRue, who directs the Office for Intellectual Freedom for the American Library Association, which released the 2016 “State of Libraries Report,” said that, of late, “You have people who feel that if a school library buys a copy of the Bible, it’s a violation of church and state.”

If Americans are complaining that the book that helped establish their freedom threatens that freedom – liberal indoctrination is really kicking in.

LaRue explained that objections are sometimes a “retaliatory action, where a religious group has objected to a book and a parent might respond by objecting to the Bible.”

In other words, one parent complains about Heather Has Two Mommies being in the children’s book room, so Heather’s two mommies register a complaint about the Bible being in the theology section.

That’s why; in the name of tolerance, the diversity police need to make sure that none of the books the Gay, Lesbian and Straight Education Network (GLSEN) endorse is on the “challenged” list.

In the meantime, LaRue clarified that although the library association is not against having Bibles in public schools, guidelines for the ALA Office for Intellectual Freedom stressed that “as long as the library does not endorse or promote the views included in the Bible,” the Bible does not violate the separation of church and state.

Good thing! After all, institutions supported by American taxpayers can’t be fostering biblical views that could be interpreted as backing a utopian paradise with God’s tenets at the head rather than government decrees.

Simply put, quite unlike the nation that John Adams so passionately described more than two centuries ago, America is on a crash course to become a “region” where conduct and belief are regulated by something other than God and Biblical precepts.

And, worse yet, the archaic idea of the freedom that “reverence toward Almighty God” rewarded us with when our nation was founded, is about to be relegated to a book on a shelf in a public library that no one will be permitted to read.