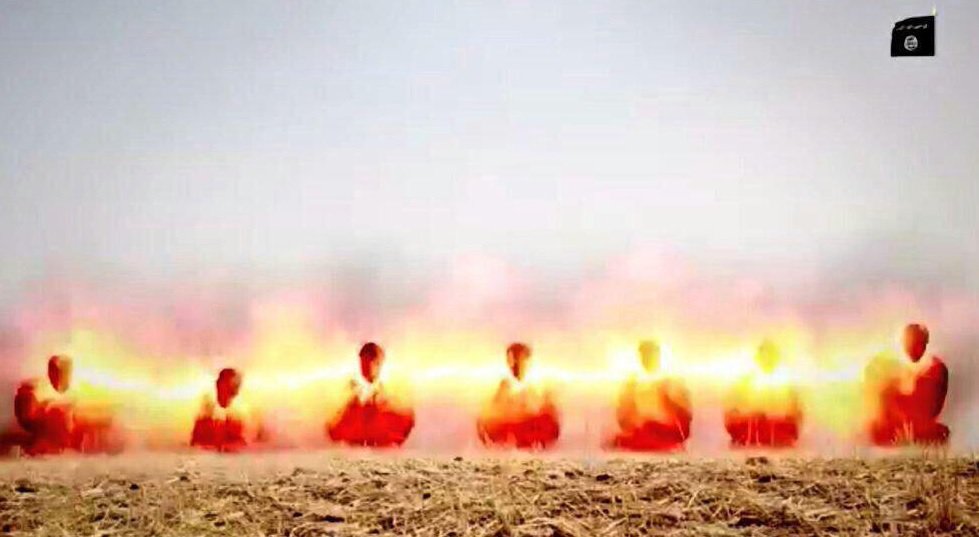 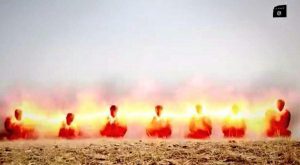 America is well aware that ISIS, if not in our midst already, is on the way. When the Islamic radicals arrive, the group plans to infiltrate our malls, schools, and houses of worship.

Yet the president doesn’t seem worried. As the refugee crisis heats up Obama is busy attending state dinners, flashing the peace sign at nuclear conferences, hanging out with Beyoncé and Jay-Z at White House Easter egg rolls, criticizing Trump and Cruz, and punishing cable companies for cornering the market on black set-up boxes.

In other words, Barack Obama is blasé about ISIS’s promise to gain entry into the U.S. by mingling in with the Syrian refugees the president plans to resettle in America.

It was back in 2015 when U.S State. Department SPOX Marie Harf told MSNBC’s “Hardball” host Chris Mathews that if the Islamic JV team were part of a jobs program they would feel useful, keep occupied, and pose less of a threat.

With jobs in mind, maybe the president is unperturbed because when his special guests step off the military cargo planes he sent to pick them up, he has plans to provide them with jobs.

A career for ISIS is not an unusual concept because the insurgents will “do jobs Americans won’t do”, and have proven very proficient with sharp objects.

So, after ISIS unpacks and settles in, Obama can start with giving them job applications to work in either butcher or barber shops. For those adept with scalpels, and lugging biohazard bags to the incinerator, there are wages to be made at abortion clinics.

If a guy is a bearded burly sojourner with experience in multipurposing trees, the logging industry is always hiring lumberjacks.

As luck would have it, there’s a coroner shortage.

ISIS enjoys gore, they have sawn-off and handled thousands of body parts, and have dug many a “shovel ready” grave. That’s why when it comes to tasks that involve blood, guts, and rotting flesh these folks are the perfect choice for transporting cadavers to the morgue.

Let’s not forget that the soldiers of the Islamic State are comfortable wearing facemasks. Facemasks scream: “Ski instructor.” Does anyone know how to say, “Vail, Telluride, and Aspen” in Arabic?

ISIS even has a knack for constructing man size steel cages, so how about a job as a zookeeper?

Speaking of zoos, summer is coming, which means openings for lifeguards. And who better to make sure no one gets sucked away in the undertow than a group of guys with a ton of experience maneuvering the sun and surf?

Not only that; but think of what this group has accomplished schooling the Cubs of the Caliphate.

Let’s face it, it’s not easy to get unruly youth to march, sit up straight, and obey on command. Come the fall, Obama could mandate that nursery schools and/or public elementary schools hire the Middle Eastern militants as monitors and cafeteria personnel.

And if that doesn’t work, suicides vests can always be defused and double as uniforms for school crossing guards.

In addition to directing traffic, these fellas are simply unafraid of heights. Throwing large objects off of roofs might make ISIS appealing to skyscraper constructors, trapeze coaches, and shingle and roofing companies.

Demolition is a known ISIS forte. That’s why swinging a wrecking ball and driving a bulldozer has job potential.

ISIS has first-hand knowledge of antiquity and relics. That’s good news for museums that are constantly on the lookout for reputable security help, as well as curatorial apprentices.

After Obama resettles ISIS in our neighborhoods the fire starters can tackle the hot griddle at IHOP, fan the coals at local BBQ joints, and work firing up the brick ovens and monitoring mozzarella melt times in pizza joints.

After all of that, no one could argue that ISIS has an eclectic and diverse repertoire! Now we find out there’s yet another proficiency to add to the Islamic State’s extraordinary resume. In addition to drowning people in cages, crucifying Catholic priests, and burning Jordanian fighter pilots alive, ISIS designs jewelry.

ISIS’s affinity for necklace design became public when the group released a video showing an alleged Iraqi spy kneeling on the floor wearing a shiny exploding bauble. Not to worry, with gainful employment, proper guidance, directed mentoring, and one on one counseling, in time, ISIS’s desire to design ornamental bombs will go away.

Meanwhile, the man in the video was dressed in an anti-Gitmo orange outfit similar to the designer pantsuit Hillary Clinton frequently wears. But, rather than accessorizing with oversized pearls, and quite unlike a Pandora charm, the man was sporting a choker featuring a metal wire and a bomb.

After getting past seeing the device on the video detonated, and watching as the victim’s brains were blown to smithereens, one can’t help but be struck by the creative nature and unique skillset ISIS’s jewelry-making talents exhibit.

That’s why if Obama puts ISIS to work creating necklets he can place them in jobs working with artisans who specialize in hammered silver pendants.

Quite frankly, all things considered, it’s no wonder Obama is relaxed about ISIS’s impending arrival. The advent of ISIS in America will not only provide our nation with another culturally diverse group of newcomers, it will also offer an opportunity for Barack Obama to teach xenophobes and Islamaphobes to never give up on good people.