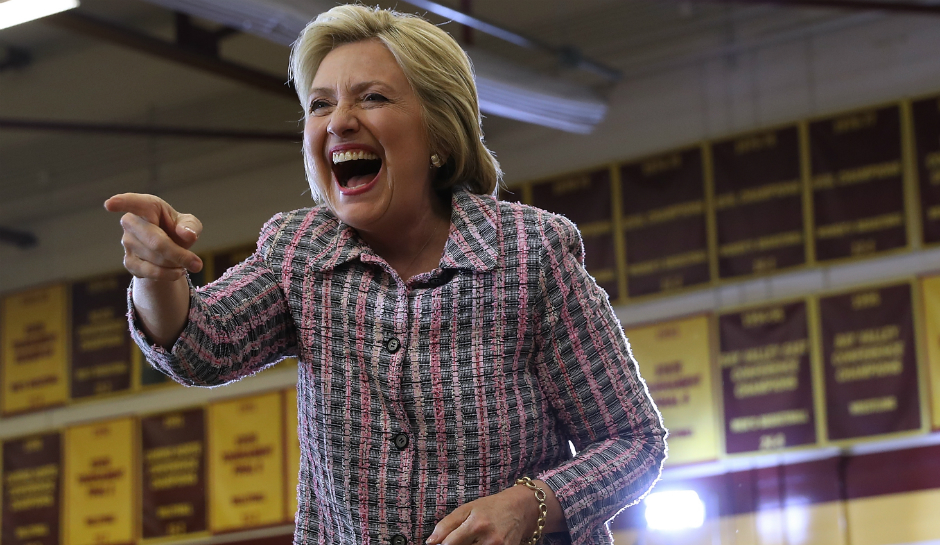 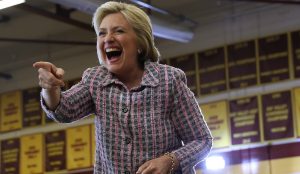 Before the first-historic-female-to-run-for-president-while-under-federal-investigation was against border security, Hillary Clinton was for it.  In 2006, the former first lady even called for “physical barriers … secure borders … tougher employer sanctions,” and deportation for illegals who have “committed transgression.”

Recently, Hillary evolved, and all that changed.  Now, the presumptuous presumptive Democratic nominee has altered her protectionist viewpoint and vowed that when she’s in charge, “[w]e’re going to be building bridges, not walls.”

You know what?  Hillary might be onto something with her bridge-not-wall idea.

A 100-yard footbridge over the Rio Grande would be a great way to do away with the rafts, jet skis, and blown out tire tubes.  If Hillary is elected, she can expand on Obama’s “shovel ready” jobs program by employing ISIS-infiltrated Syrian refugees to build bridges for Democrat voters to cross over from Mexico into the U.S.

But right now, it’s still 2016, and the Democratic National Convention is scheduled to take place on July 25-28 at Philadelphia’s Wells Fargo Center Xfinity Live!  Therefore, the bridges will have to wait.  Instead, to keep out rowdy protesters sporting well thought out man buns and bad attitudes, the City of Brotherly Love is taking Donald Trump’s advice and building a wall around the arena.

So a wall will be built around the location where Hillary will formally denounce the idea of Trump building a wall.

In February, after winning the South Carolina Democratic primary, Hillary screeched out the following words:

[W]e’re going to start by working together with more love and kindness in our hearts, and more respect for each other, even when we disagree. Despite what you hear, we don’t need to make America great. America has never stopped being great. But we do need to make America whole again. Instead of building walls, we need to be tearing down barriers.

This is the woman who once objected to Mexico “pushing migration north across our border.”  Now, in an effort that will involve lots of government agencies examining “infrastructure, transportation, security, and crowd management,” Hillary is standing by and allowing more than 20 subcommittees to erect a barrier around the amphitheater where the coronation she has slavered after for decades is about to be realized.

The question is, how can Mrs. Clinton renounce “no-scale fencing” to protect Americans from illegal invasion while simultaneously allowing the Secret Service to orchestrate the building of a wall to protect her and her wardrobe of $12,000 Armani jackets for three days?

Shouldn’t Hillary Clinton, the self-appointed champion of paths to citizenship and blanket amnesty be demanding that bridges of love span from the footpaths of Philadelphia right onto the floor of the sports arena?

Besides, how will illegal immigrants who’ve successfully made it over the border feel if they make it all the way to the City of Brotherly Love only to find out that the woman who beckoned them with promises of “love … kindness … [and] more respect” has excluded them from getting a donkey-shaped balloon and a free Philly cheesesteak sandwich?

By refusing to disavow the security perimeter being placed around the arena, Hillary, whose latest mantra is “comprehensive immigration reform with a path to full and equal citizenship,” is missing the chance to make a symbolic statement about how she differs from an opponent she believes is a wall-obsessed, xenophobic racist.

So instead of “tearing down barriers,” as she advocated in South Carolina, to keep out Americans who disagree in Philadelphia, Hillary Clinton is about to permit what Trump says we should construct on the border to be built around the Democratic National Convention.