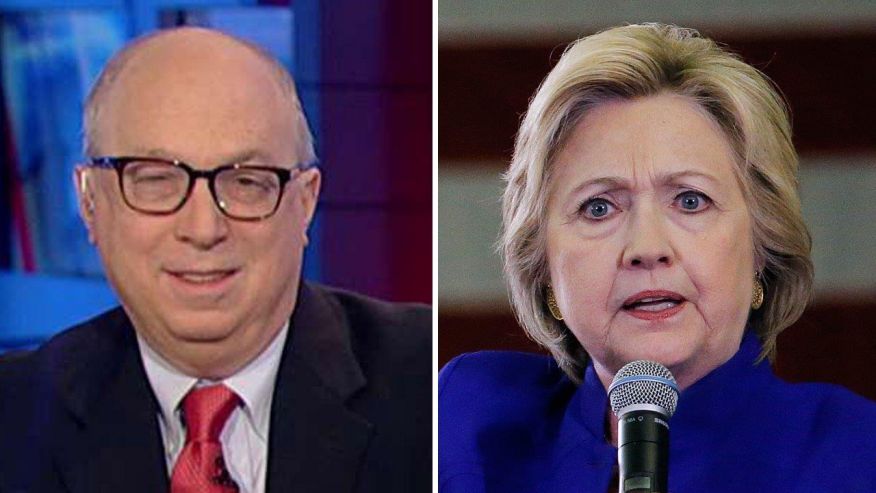 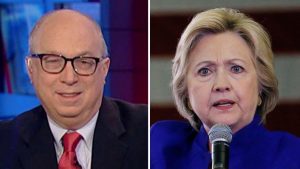 The evening the FBI reopened its criminal investigation into Hillary’s email server, Democrat political analyst, pollster, author, and Fox News commentator Doug Schoen, together with Justice host Judge Jeanine Pirro and Jay Sekulow, chief counsel at the American Center for Law and Justice (ACLJ), appeared on a segment of Hannity.

After discussing how during the FBI’s investigation into Anthony Weiner sexting a 15-year-old girl, new emails were discovered, Jeanine and Sean agreed that the findings had to be big for the FBI to open an investigation just 11 days prior to an election.

Critical of the FBI’s modus operandi, Jay Sekulow asked the panel how it was that “the FBI [did] not [initially] ask for and demand Huma Abedin’s personal e-mail accounts[.]”  Hannity cut in: “How did they agree to destroy evidence of other people?  Who destroys evidence in a case?”

That is called obstruction of justice if anybody else did it[.] … Tonight, a grand jury needs to be impaneled, number one. Number two; a special prosecutor needs to be appointed immediately. Number three, James Comey, Loretta Lynch, and deputy director of the FBI McCabe need to not be involved in this process. A lot of people are praising James Comey because he opened it up. Let’s cut the nonsense. This whole thing is ridiculous.

Sekulow stressed that what the FBI did:

… [g]oes to the heart of our constitutional republic. And you don’t do this in the United States of America. So if they reopened it, whether it’s Wikileaks, whether it’s Huma Abedin, it has to be really significant. And I think 11 days out, even though these FBI directors are saying we’re just looking at it, for them to do this, it has to be big.

That’s when Hannity turned to Hillary promoter Schoen and asked for his opinion.  Sean queried: “Doug?”

Slightly adversarial, Schoen bristled in response to all the criticism by confidently stating, “Hillary is going to be elected!”  Then Schoen said, “She’s been under criminal investigation by the FBI for the bulk of the campaign, and, you know, she’s had a steady lead.  It’s 11 days out.”

In other words, Doug was sure that at this late date – 11 days out – Hillary Clinton would still be elected president.

Schoen said, “All of that could happen,” to which Hannity replied, “Really?  Is that what you want for your country?”

Schoen responded, “I want her elected!”

Sekulow interrupted the duo and said, “I think we’re on the precipice of a constitutional crisis if a grand jury is not empaneled and this is not handled correctly within our judicial system. “

After more banter and discussion among Pirro, Hannity, and Sekulow, a bold Doug Schoen closed out the discussion when he recommended, “A special prosecutor needs to look at the FBI.  It’s outrageous.”

For those who caught Schoen’s call for a special prosecutor to investigate the FBI, the suggestion seemed outrageous.

Then, much to everyone’s amazement, less than 72 hours later, on Fox Report Weekend, hosted by Harris Faulkner, the guy who wanted to see Hillary elected, and who called for a special prosecutor to investigate the FBI, made another unexpected statement.

On a panel made up of Fox political insiders former Republican congressman John LeBoutillier and Democrat public opinion pollster Pat Caddell, Schoen, the die-hard Hillary supporter shocked everyone with a public confession.

More concerned for country than party, a patriotic Schoen replied back:

Harris, under these circumstances I am actively reassessing my support…I’m deeply concerned that we will have a Constitutional crisis if she’s elected. I want to learn more this week see what we see, but as of today, I am not a supporter of the Secretary of State for the nation’s highest office.

So, two days after the FBI reopened the investigation into the Hillary email server debacle, Democrat faithful Doug Schoen, who has supported the Clintons for 22 years, publicly denounced his support for the former secretary of state’s bid for president.