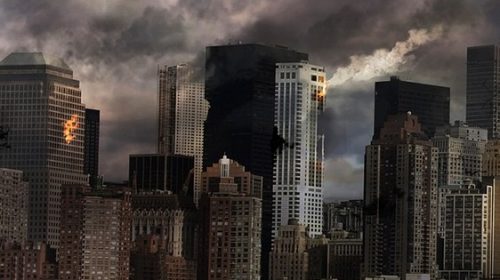 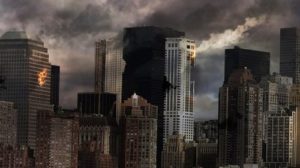 After being chided by Democrats for years for wanting to maintain the western influence over our traditional American culture, and after being labeled xenophobic by liberals who falsely believe all cultures are equal, the diversity fairytale is rapidly morphing into a multicultural nightmare.

Currently, dwelling among us are people from cultures that believe in terrifying things such as honor killing, genital mutilation, and the stoning of women. In addition to jihadists, El Salvadoran MS-13 gang members are on a nation-wide rape and murder spree.

Joining illegals who come from countries where defecating on the street is a common practice, the existing tapestry of multicultural gloriousness also embraces Third World diseases, English taking a back seat to Spanish and an influx of machismo invaders from countries where femicide, spousal abuse, and sex with underage females is the norm.

In other words, illegals disrespect America’s immigration laws for reasons other than “wanting to do jobs Americans won’t do.” Moreover, contrary to liberal opinion, not all illegal immigrants are innocent college student or hardworking heads of loving families.

Take for example, Miguel Paloalto Lucas. Miguel came to America from Mexico where in some areas the age of consent is 12-years-old. In 2012, Miguel was charged with sodomizing a 15-year-old girl. When that happened the illegal immigrant helped introduce the state of Missouri to the culturally diverse practice among some foreign men of sexually assaulting children.

In 2016, in Bill Clinton’s home state of Arkansas, an undocumented immigrant from Mexico named Jose-Manuel Garcia Gonzalez was arrested for raping and “sexually grooming” a five-year-old girl. Last year, a similar crime was perpetrated on a young child when it’s alleged a 19-year-old illegal immigrant named Douglas Hus-Flores sexually assaulted a 3-year-old girl in Connecticut.

In Cedar City, Utah, 32-year-old Victor Francisco Michel-Lara sexually assaulted a 7-year-old girl not once, but “thousands of times.” Not to be outdone by Victor, an illegal immigrant named Edgar Mendoza, broke into a New Jersey home, climbed into the bed of a 6-year-old girl, and raped her while her unaware father sat downstairs.

The following month, a man of diverse cultural practices, Leonel Vazquez, after being deported back to Mexico twice, returned to America to rape a mentally disabled girl in Kentucky. Then, around Christmas 2017, multiculturalism paid a visit to Kansas when a Mexican man with nineteen deportations raped an underage girl on a Greyhound bus.

In February of 2018, in the state of North Carolina alone, twelve illegals were charged with 88 instances of child rape.

Recently, in a Louisiana Walmart, the national bastion of multicultural shopping, a “possible illegal immigrant” who, thank God didn’t have a gun, but did have a machete, adhered to cultural tradition when he tried to kidnap two children.

In the middle of the afternoon, Billy Yoe Budier-Herrera entered Walmart where he approached a mother with a 2-year-old toddler strapped into a shopping cart. Budier-Herrera told the woman that if she didn’t do what he said, she would die.

When the mother attempted to get away from Budier-Herrera with her child, he blocked her passage and signaled a threat by placing his hand on his 10-inch machete.

According to the police, the “possible illegal immigrant” threatened to kill the toddler if his mother didn’t obey. The mother didn’t obey so Budier-Herrera grabbed hold of the boy and attempted to yank him out of the grocery cart and run off.

While struggling with the machete-wielding immigrant, the child’s mother pulled the boy back. At one point, the mother ran behind the deli counter with the child begging for someone to help. That’s when store employees intervened.

In response, Budier-Herrera ran into the meat and poultry section where he pulled the machete out of his waistband and swung it around before running away. On his way out of Walmart, Budier-Herrera attempted to grab another infant from a grocery cart but couldn’t because the baby was strapped in tightly with the safety belt.

Store employees and an off-duty police officer tackled the man who not only had a machete; he also had pepper spray and a handmade shiv. Budier-Herrara was arrested and charged with an immigration detainer as well as two counts of kidnapping of a child and other offenses.

What Budier-Herrara wanted with the two children can only be surmised but based on an illegal immigrant in Las Vegas who videotaped himself on his iPhone raping a 4-year-old girl the possibilities are endless.

And so, Democrats and open border advocates will continue to try to make Americans feel guilty for opposing the type of diversity that comes via an influx of people whose cultural reality is opposed to ours. Meanwhile, because of the illegal pedophiles the left welcome into America with open arms, children are no longer safe riding in the front seat of a shopping cart at Walmart.