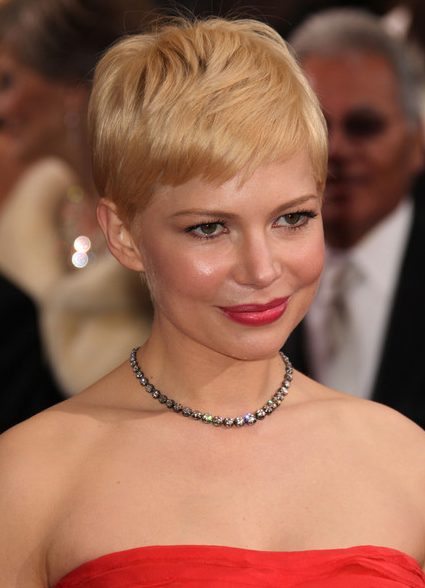 Talk about a symbolic reckoning, a few hours before the gas-guzzling limos pulled up, ferrying the environmentally “woke” to the 2014 Golden Globes, the bowels beneath Beverly Hills vomited up sewage onto the carpet where those who defile our culture, disrespect our president and glorify a social situation worse than Gomorrah pose in bloodstained gowns.

In 2020, as an entrée to comedian Ricky Gervais exposing the cesspool that Tinsel Town elites spend their lives wallowing in, outside the Golden Globes 2020 venue, the sewer pipe behaved, but the carpet remained discolored.

This year, despite Gervais’s advice, to avoid political acceptance speeches, the nominee for best actress in a limited series or television film, Michelle Williams, came prepared to confess that a “woman’s right” to kill her unborn children is what gained her access to a carpet stained with blood.

Before earning the right to don Hollywood’s unholy apparel, Michelle Ingrid Williams lived in Montana with her Christian Republican parents.  When Michelle turned nine, her family moved her to San Diego, where the prospect of acting began the process of Michelle casting off the conservative restraints of her childhood.

Feigning a Bohemian persona, over the years, Michelle Williams morphed from that shy girl from Montana into a hedonistic Hollywood gutter rat willing to join in the bloodletting necessary to earn the coveted title of celebrity.

In 2005, after appearing in the epic love story about gay cowboys, Brokeback Mountain, Williams, who cohabited with Brokeback’s lead star, Heath Ledger, gave birth to his daughter, Matilda.  After Ledger’s untimely death from a drug overdose, Michelle married and divorced musician Phil Everum.

Then, for performances ranging from Marilyn Monroe to Gwen Verdon, Williams’s career continued to grow, with the actress receiving esteemed honors such as Emmys and Golden Globe awards.  This year, at the 2020 Golden Globes, the 39-year-old actress seized the opportunity to flaunt her current dalliance with the producer of FX’s mini-series Fosse/Verdon, Thomas Kail.  Michelle and Kail are engaged and expecting a child at the end of the year.

So, with an unborn child curled tightly in her womb, Williams represented the core of Hollywood philosophy when she ascended the stage to accept her award and to advocate for a woman’s right to dispose of inconvenient offspring.

Embracing her prize, Michelle shared that she wouldn’t be where she is today if she hadn’t aborted a baby or two.  The award-winner implied that had she not relegated one of her many lover’s children to a red biohazard bag, she wouldn’t be as welcome to sit among those in attendance, many of whom likely sold their souls to the Devil for the opportunity to become a star.

Kind of like an unborn child with no control over a fame-hungry mother headed toward an abortion clinic, Michelle explained: “As women and as girls, things can happen to our bodies that are not our choice.”  Apparently, as one-half of the twosome needed to conceive a child, Michelle excuses herself from the process.  Furthermore, if she wasn’t raped, based on those remarks, Michelle seems unaware she had a “choice” before “things … happened to her body” that resulted in life.  After that, Michelle commended herself by stating, “I’ve tried my best to live a life of my own making and not just a series of events that happened to me.”

Speaking on behalf of those cheering on her speech, Michelle said, “I wouldn’t have been able to do this without employing a woman’s right to choose.  To choose when to have my children and with whom.”  Judging from those hostile, self-centered comments, someone should warn Thomas Kail that until the babe Williams currently carries emerges safely from the womb, one false move on his part could cost his unborn child its life.

Either way, this year, Michelle Williams earned yet another Golden Globe she can place on a shelf to look at and be proud of at the end of her superficial life.  But, as Ricky Gervais pointed out in his monologue, “We’re all gonna die soon, and there’s no sequel.”

On one point, Gervais is right: “We are all going to die.”  But there is a sequel.  Jesus warned in Mark 8:36, “What good is it for someone to gain the whole world, yet forfeit their soul?”  Whether social justice ingénue Michelle Williams believes it or not, one day, she will undoubtedly face an eternity of consequences for boasting about soaking the red carpet she aspired to walk upon with the blood of her unborn children.

Published at American Thinker on Jan 7, 2020