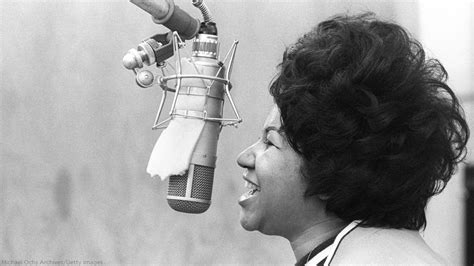 Recently, the Queen of Soul went home to be with Jesus.  Aretha Franklin was a woman of faith and for that alone deserves Al Sharpton’s “R-E-S-P-I-C-T.”  Nonetheless, Aretha’s departure from Earth encouraged a series of events that cry out for humorous observation.

Sounding like his wife, who vied for the New York senatorial seat by claiming she was a lifelong Yankee fan, Bill took to the podium.  Once there, Bill shared with spellbound funeral-goers that before he and his wife started grifting on a full-time basis, the twosome “started as Aretha groupies or something.”

Emphasis on the “or something.”

Extolling the civil rights feminist Queen of Soul, the spindly-fingered and cotton-mouthed former president had this to say about his and Hillary’s affinity for all things Aretha:

When we are getting out of college is when she finally got her big breakthroughs.  It’s one thing I want to say to the people in the audience.  She had the voice of generation, maybe the voice of a century.

During his remarks, a skeletal Clinton joked about Franklin’s array of casket getups and shared that his friend, who once called him “Baby,” lived with “courage, with faith, and with power,” adding, “I just loved her” (which is probably what he tells all the girls).

Bill also shared that Franklin “overcame her weaknesses,” which was a peculiar declaration coming from the mouth of someone whose weaknesses were on full display when pop singer Ariana Grande took to the stage.

Before insulting the pulpit, Slick Willy appeared to be quite enamored of Ariana Grande, who entertained funeral-goers with her rendition of “Natural Woman.”

While a puffy-faced Jesse Jackson fought off narcolepsy, positioned on the stage, right in front of none other than Bill, was heavily made-up “natural woman” Ariana.  Decked out in a miniskirt with her bare pins on full display, Grande swayed her signature teenybopper ponytail to-and-fro, which for Clinton must have stirred up fond memories of weekends spent with good friend Jeffrey Epstein.

Although clearly inconsolable about the loss of Aretha, as Grande hit those high notes, Billy Boy looked as if he could barely control the drool leaking from his twisted lower lip.

Bill eyed Ariana with a hungry wolf look that, quite frankly, was better suited for a brothel than a funeral.

Lecherous old men aside, also in attendance was Eric “Fast and Furious” Holder, who shared that “Aretha Franklin [was] always … a part of [his] life.”  Sounding as though he confused Aretha with Elton John, Holder called the deceased songstress a “rare queen who never lost the common touch.”  What Holder didn’t share was whether Aretha’s “Border Song,” “Spanish Harlem,” or “Chain of Fools” was included on his list of Top 40 favorites.

In addition to delivering a corrective missive to Donald Trump, a well-coiffed Al Sharpton read a letter from the King of Soul, Barack Obama.  Regrettably, the former president couldn’t make it to Aretha’s big send-off because, in preparation for McCain’s funeral, Obama was busy loading his teleprompter with cleverly disguised swipes at Trump.

Another member of the exclusive We Hate Trump club, George W. Bush, also wrote a laudatory letter about Ms. Franklin.  George skipped Detroit because 43 and 44 are teamed up to deliver a bipartisan eulogy honoring John McCain, the deceased war hero, aisle-crosser, and distinguished maverick.

James Brown wasn’t at Aretha’s funeral, either, but Maxine Waters was in the house.

Maxine received a Barry and Michelle “we got your back” shout-out from funeral-goers.  Bishop Charles H. Ellis III lauded Maxine, calling her a strong black woman.  The Greater Grace crowd was so supportive of the California congresswoman that Maxine was asked to do what Aretha can no longer do: stand up and blow a kiss to the crowd.

Dressed in Sunday-go-to-meeting finest, less than a welcomed guest, Omarosa, was perched in a pew, as was Whoopi Goldberg.  Blackballed grievers Donald Trump and Sarah Palin were nowhere to be found.  However, the black David Duke and Nation of Islam homophobic anti-Semite, Louis Farrakhan, sat front and center greeting everyone, trying to make sense of Fantasia praising the Lord and rubbing elbows with two tolerant Clintons.

The only thing missing from the event was waving hankies, Mahalia Jackson church fans, and an army of guild nurses dressed in white.

Perhaps the most unexpected occurrence involved a Dr. Evil lookalike who sat yards away from Bill Clinton dressed in a shimmery space suit and 33,000 missing emails located under Cicely Tyson’s hat.

At the end of the day, after all the hallelujah hoopla, the Queen of Soul was peacefully laid to rest.  Next up: the John McCain burial, featuring a Bush-Barack tag team whose primary objective will be to berate a sitting president while simultaneously endorsing the benefits of a bipartisan camaraderie.