Published at American Thinker on January 14, 2019 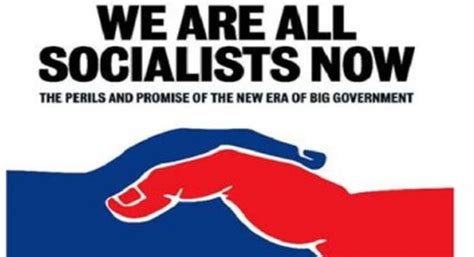 With the sudden rise of democratic socialist politicians like Bill de Blasio, who recently said, “Wealth is in the wrong hands,” and hyperactive teen queen Alexandria Ocasio-Cortez, who vows to eradicate poverty by punishing the wealthy, it is increasingly apparent that progressives are committed to “fundamentally transforming the United States of America.”

What is also apparent is that as a prescription for change, the left still puts faith in the 53-year-old Saul Alinsky-inspired Cloward-Piven strategy.

In the mid-1960s, the late Richard Cloward and wife, Canadian-born Frances Fox Piven, who, at 87 years old, is still stirring up trouble, were radical, anti-capitalist, democratic socialist professors teaching at Columbia University’s School of Social Work.  At the time, the couple came up with a tactic to strengthen the Democratic Party by putting the federal government in charge of wealth redistribution.

In a 1966 piece in The Nation entitled “The Weight of the Poor: A Strategy to End Poverty,” Cloward-Piven stressed that racial and economic disparities were formidable catalysts capable of ushering in radical change.  The Cloward-Piven game plan was simple: overburden the welfare system with eligible poor people, precipitating a financial collapse that would necessitate a socialistic fix.

In the piece, Cloward-Piven demonized the ruling class by claiming that the federal government uses welfare to undermine and foment rebellion in poor black communities.  Sounding like the world’s most famous community organizer, Barack Obama, who spent eight years tacitly whipping up domestic terrorists like Occupy Wall Street, Antifa, and Black Lives Matter, Cloward-Piven maintained that the underclass could advance only if “the rest of society is afraid of them.”

At the time, Cloward’s and Piven’s hope was that “cadres of aggressive organizers” involved in “demonstrations to create a climate of militancy” would incite a breaking point that possessed the power to influence the federal government to “level the playing field” via every socialist utopian’s desired goal of a “guaranteed annual income.”  Based on the rhetoric coming out of the mouths of America’s current Marxist heroes, 53 years after the Cloward-Piven article ran in The Nation, the left remains committed to the idea of universal basic income as a solution to economic inequity.Cloward and Piven stand behind President Bill Clinton as he signs the 1993 Motor Voter Act, enabling automatic voter registration when getting driver’s licenses without a mandatory citizenship check.  (C-SPAN screengrab.)

Then, in 1971, Saul Alinsky wrote in his primer for community organizers titled Rules for Radicals:

When pressed to honor every word of every law and statute, every Judeo-Christian moral tenet, and every implicit promise of the liberal social contract, human agencies inevitably fall short.  The system’s failure to ‘live up’ to its rulebook can then be used to discredit it altogether, and to replace the capitalist ‘rulebook’ with a socialist one.

Remember when Alinsky-trained community organizer Barack Obama applied Cloward-Piven/Alinsky concepts to the national economy?  During his tenure, the former president even attempted to undermine the Second Amendment by flooding Mexico with illegal firearms.

The former president spent years encouraging legally, ideologically, medically, and financially challenged individuals to discount America’s immigration law. Then, like a street activist daring America to live up to its rulebook, Obama set his sights higher when he laid out a “welcome mat” for illegal aliens by encouraging them to head north. Barack’s efforts successfully stressed the nation in a way that dead Richard Cloward and his still very much alive wife would heartily applaud.

With that in mind, perhaps, open border apologists like de Blasio and Ocasio-Cortez should consider coauthoring a 2019 version of Cloward’s and Piven’s 1966 article and entitle the modern-day version “The Weight of Illegal Immigration: A Socialistic Strategy to Gain Control.”

In the interim, those committed to a nation without borders can continue to test America’s collective conscience by stressing that turning away lawbreakers, intruders, outlaws, and terrorists is “not who we are as a [Judeo-Christian] nation” and that by doing so, we brand ourselves racist xenophobes.  Not to mention progressive die-hards influencing Americans who cannot differentiate between legal and illegal immigration by claiming that U.S. “law and statutes” are historically hospitable to any immigrant.

For the time being, as unrest percolates over an unwavering presidential demand for Democrats to fund and build a levee to hold back the human tide, radical politicians rebel by flexing states’-rights muscle and by offering sanctuary and free health care to illegals who economically resemble the welfare-eligible masses Cloward and Piven tried to stir into a frenzy in the 1960s.

With pressure from caravans of illegals deluging the system, a Cloward-Piven “crisis” is already overburdening America’s courts, which means that as the shutdown drags on, the Trump administration may be forced to resolve the issue with a socialist-friendly solution that involves amnesty and borders without walls.

Meanwhile, as the onslaught of sickly, criminal, indigent, unruly individuals overrun America, godless leftists continue to mouth “Judeo-Christian moral tenets” and parrot ’60s radicals whose goal was to indoctrinate a generation of publicly educated Americans with a sense of entitlement, who then, based on the false belief that getting without giving is a human right, would eventually assist undermining the future by accepting the unacceptable.

And so, a half a century after Cloward-Piven proposed their plan and 48 years after Alinsky penned Rules for Radicals, the lyrics to the socialist song may have changed, but the Marxist melody remains the same.  Therefore, if projections are accurate and another northbound caravan is currently assembling in Honduras. If Trump fails to secure funding for the border wall, the nation will be another step closer to the progressive “fundamental transformation” Obama, de Blasio, Sanders, and Ocasio-Cortez-mentors Cloward, Piven, and Saul Alinsky envisioned for America more than a half-century ago.